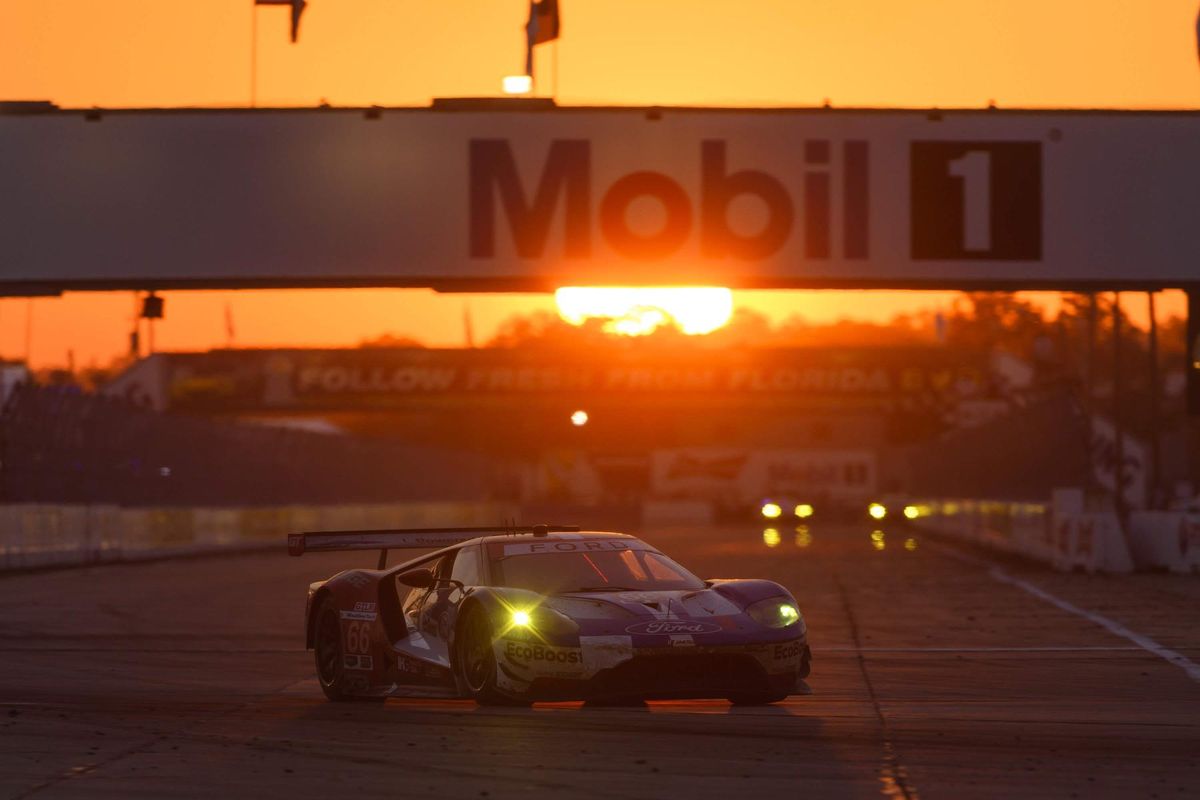 The Ford Chip Ganassi Racing team is going all
out to claim the top results for the Ford GTs with just three races remaining in the 2018-19 FIA World Endurance Championship Super Season.

New for 2019, the 1000 Miles of Sebring will see the WEC protagonists fighting for glory on the eve of the famous Sebring 12 Hour race in which the U.S. arm of the Ford Chip Ganassi Racing team will compete.

“Sebring is another big weekend for Ford,” said Mark Rushbrook, global director, Ford Performance Motorsports. “To have both the WEC and IMSA Ford GTs together but competing in different races makes for an exciting event for Ford Performance. As always our goal is to win so I am hopeful that all the work that has been put in recently in testing will pay off for us.”

The #66 Ford GT raced by Stefan Mücke (GER) and Olivier Pla (FRA) sits in second place in the Drivers’ World Championships standings. Having taken two pole positions so far this season, the duo will be pushing for pole at Sebring. Joining them will be Billy Johnson (US) who returns to the team for the first time since Le Mans last year.

“Sebring is a unique circuit, complete with bumps and a track layout that is partly on an old airfield,” Mücke said. “We had the chance to test there in February which was important as it gave us the first indication of what we can expect and showed us the areas where we need to improve. I have good memories of Sebring; it’s actually one of my favourite tracks. The race will be a challenge as it starts in the afternoon and finishes late at night so there will be a big temperature drop, which affects the balance of the car and tyre choice. I can’t wait to get back in the car and get the season going again on a great track like Sebring.”

The #67 GT of Andy Priaulx (GB) and Harry Tincknell (GB) has had a bruising season so far and currently sits in eighth place in the standings. Both drivers are born winners though, and will be out to remind everyone of this, ably supported by a new teammate for Sebring, U.S. racer Jonathan Bomarito.

“Sebring is a great track that always produces a demanding and challenging race,” Priaulx said. “It’s narrow, bumpy and hot and there is never enough room for everyone so you need to keep your concentration levels high. I was fortunate enough to win the 12-hour race there in 2011 (as teammate to Dirk Müller and Joey Hand) and it is a special event where the fans create a great atmosphere. It’s a tough track in the dark. You have to limit your mistakes and push hard to be competitive there but that’s what we do, right?”