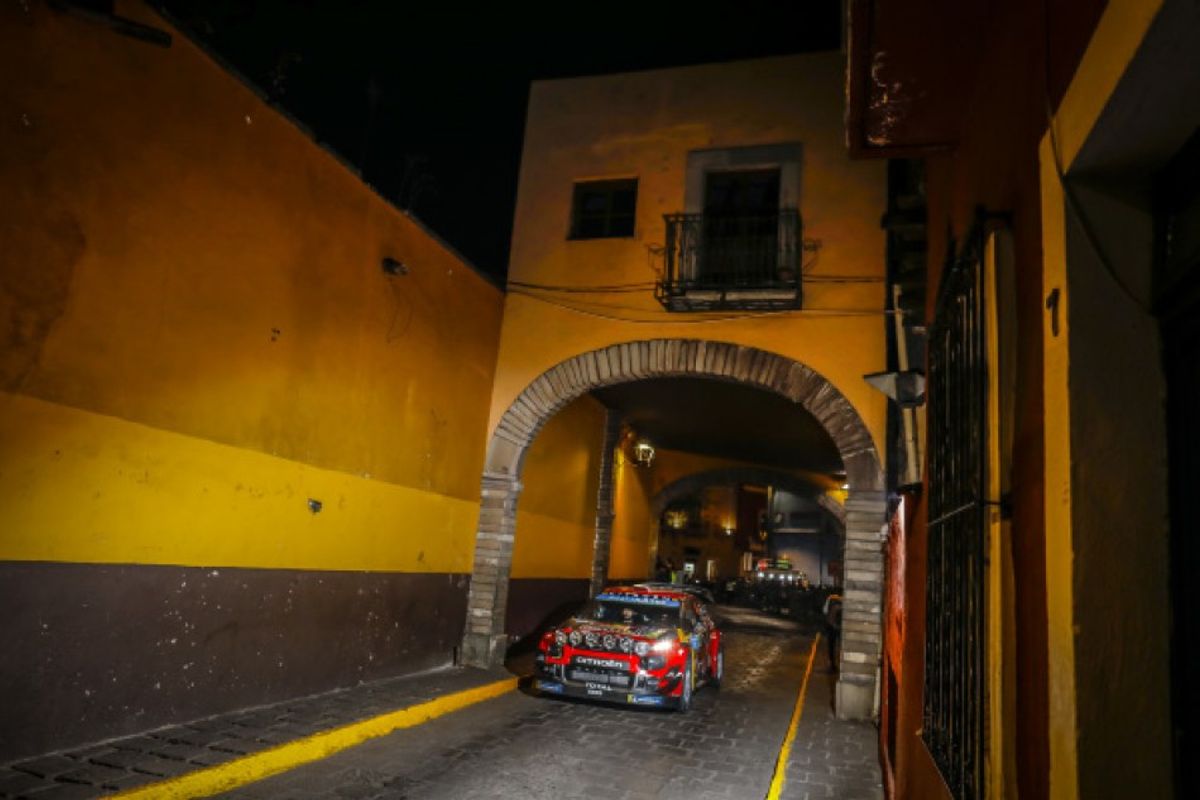 Finland’s Esapekka Lappi snatched an early lead on Thursday evening in the 16th Rally Guanajuato México after scoring the quickest time of 1min 00.6sec in the opening 1.14km night stage along the narrow cobbled streets in the centre of Guanajuato. The Toyota driver takes an advantage of just one-tenth of a second over Norway’s Andreas Mikkelsen and six-tenth of a second over his British teammate Kris Meeke, third place.

But as the thirteen first cars had gone through, the stage was halted for safety reasons after a jump ramp shortly before the finish was damaged. The last three WRC crews – championship frontrunners Sébastien Ogier, Thierry Neuville and Ott Tänak – could not start and were awarded a notional time based on that of Kris Meeke, the last driver to complete the test before it was stopped.

Mexican driver Benito Guerra was handed the honour of opening the stage and entertaining the crowds in his Škoda Fabia R5. He scored a time of 1min 07sec in the FIA WRC 2 category. But it was his Chilean rival Alberto Heller who was the quickest of the FIA WRC 2 runners with a time of 1min 05.9sec. Poland’s Lukasz Pienaziek, the only competitor registered in the FIA WRC 2 Pro category on Rally Mexico, finished just one-tenth of a second behind the Chilean WRC 2 leader.

Thousands of cheering fans gathered to witness the traditional & colourful start ceremony to the third round of the FIA World Rally Championship in the majestic former mining city of Guanajuato, located in the centre of the country.

Friday’s action will be fought out over five gravel stages in the mountains surrounding León and Guanajuato, a short street stage in the city and two runs through the V-Power Shell stage at the local race circuit at the end of the day, for a total of 114.19 competitive kilometres.