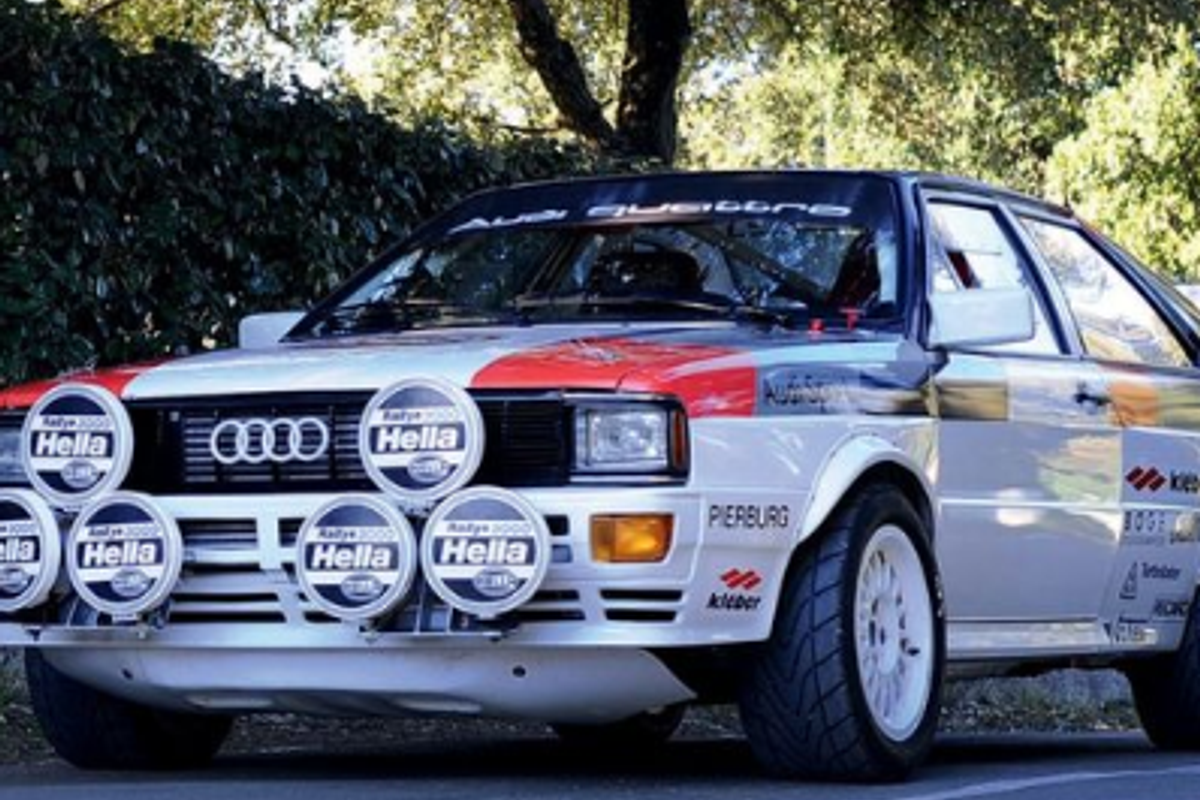 Until relatively recently and with a few prestigious exceptions, including occasional use in Formula 1, four-wheel drive has been the preserve of agricultural or construction machinery. It was whilst preparing a conference comparing front-wheel drive and rear-wheel drive that Audi engineer Jörg Bensinger had the idea of bringing 4wd into the mainstream, for regular road cars. The project began in March 1977 when the company equipped an Audi 80 with the 4x4 transmission of a Volkswagen built for the German army. This was a considerable achievement, as there was a need for three differentials. During the year a 200bhp five-cylinder turbocharged engine was installed. After many thousands of test miles on the most difficult roads on the planet, the Audi Quattro coupé was officially unveiled at the 1980 Geneva motor show.

The car went on sale in parallel with its debut in the 1981 World Rally Championship, and in the course of this first season the Quattro won the Swedish and San Remo rallies. In 1982 Audi won the WRC and so began a period of domination, during the legendary Group B era of rallying.

A hugely talented driver from the south- east of France, Michèle Mouton came to the notice of the German firm and was recruited for 1981 as team mate for Hannu Mikkola. That year she won the San Remo, and the following year the Portuguese, Acropolis and Brazil rallies. Coming within a whisker of winning the championship, she was voted International Rally Driver of the Year in the Autosport Awards. After finishing fifth overall in the 1983 championship, Mouton scaled back her rallying in 1984, which proved to be a disappointing season for her. After concentrating on the British Rally Championship in 1985, she moved to Peugeot for the following year, winning the German championship at the wheel of a Peugeot 205 Turbo 16. That year saw the announcement that Group B would be axed, as it was judged too dangerous. Michèle Mouton retired to her native Grasse to lead a family life. A great friend of Jean Todt, she is today President of the FIA's Women and Motor Sport Commission (WMC), set up to promote the role of women in motor sport.

The Quattro presented here is a staggering homage to this extraordinary era of international rallying. Based on a 1981 example of the model, it was built by a passionate motor-sport enthusiast.

Construction began in 2013, with the shell being entirely stripped, with all underseal removed, and then seam-welded and given a rollcage meeting current regulations. The work was entrusted to Dosières Auto Sport near Troyes, a business specialising in the building and preparation of rally cars and whose proprietor himself campaigns a BMW. The job was a huge one and was entered into regardless of the final cost, which amounted to nearly 180,000 € in all. But that is the price to pay for an exact replica of Michèle Mouton's 1981 Quattro, with the shell, rollcage, brakes and running gear all conforming to the Group 4 specification of the time. Ignition on, starter...and here we are clamped firmly into the bucket seat of this 281bhp monster that was the stuff of dreams for a whole generation. The crackle of the 5-cylinder turbo bounces of the stone walls on the back roads of the Var. Every time you lift the throttle the turbo's dump valve lets off pressure with that characteristic sound. Pure nostalgia! This is a perfectly set-up machine, and devilishly effective.

The car was fully sorted by the end of 2015 in time for its first season in historic rallying in the South of France. According to its current owner it attracts huge numbers of spectators at special stages, who come just to see and hear the Quattro, with its distinctive five-cylinder soundtrack. In March 2015 the car was given an FFSA technical passport (N°68502) and then in June 2016 an FIA historic technical passport valid - for ten years - for the track, rallying and hillclimbs. Very much the godmother of the car, Michèle Mouton was visibly moved the first time she saw the Quattro, as it is such an exact replica. Offered with an estimated price that is highly attractive, this fabulous Audi merits every superlative and will be the delight of any motor-sport enthusiast wanting to take part in big-name historic events.