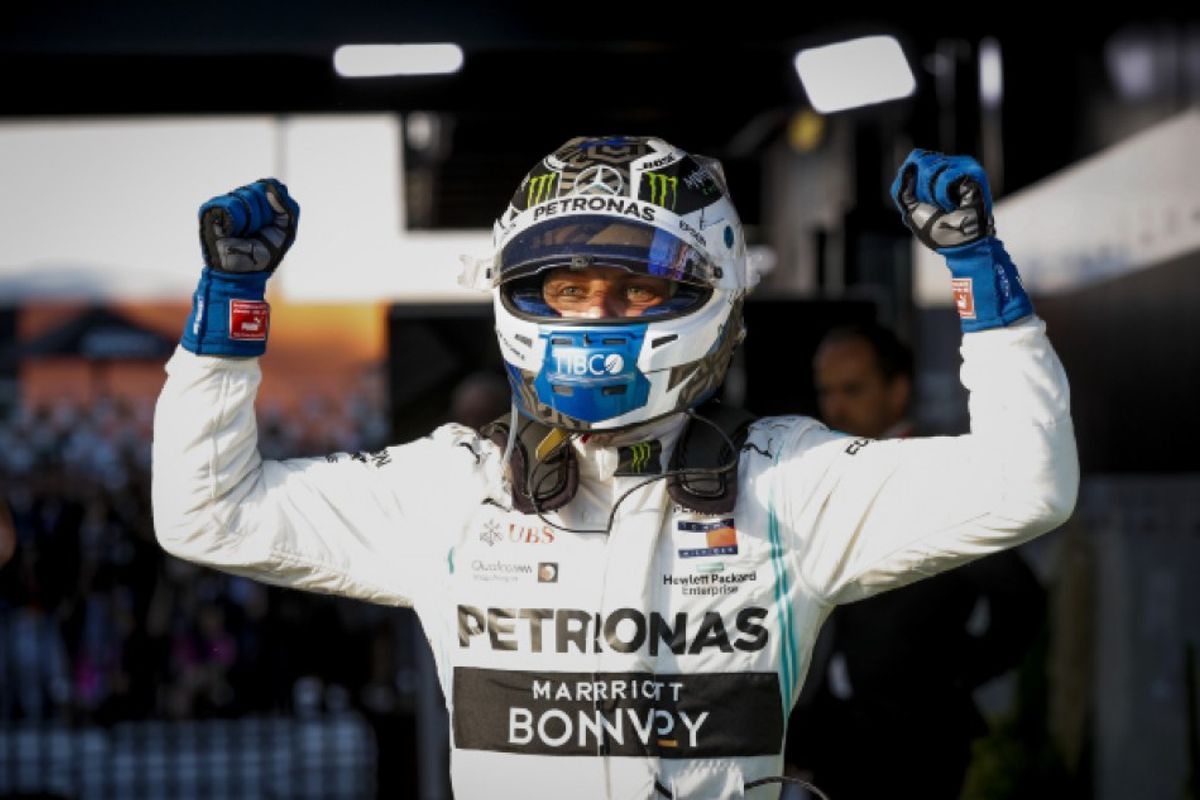 At the start, Bottas made a good start from the front row and managed to get past pole position man Hamilton in Turn 1 to take the lead. Max, meanwhile, held fourth place behind Vettel as the field streamed through the opening sector.

There was trouble though for Renault’s Daniel Ricciardo. The Aussie took an inside line from P12 on the grid but was squeezed by Racing Point’s Sergio Perez. Ricciardo went on the grass, hit a hummock and dislodged his front wing. He pitted for a new nose and wing. The Australian later retired on lap 29.

After taking the lead, Bottas then began to consolidate it, opening up a 3.5s gap to Hamilton by lap 12 of the 58 and a 7.2s lead to Vettel. The German Ferrari driver was the first of the leaders to pit at the end of lap 14, taking on medium tyres. He was followed on the next lap by Hamilton who made the same compound choice. Bottas, Verstappen and Leclerc continued to stayed out, however, and by lap 21 Bottas held a 14s advantage over Verstappen who was 10.3s clear of Ferrari’s Charles Leclerc.

Bottas eventually made his stop for medium tyres on lap 23. That handed the lead to Verstappen, with the Mercedes driver rejoining seven seconds behind the Red Bull and three seconds ahead of Leclerc.Verstappen was next in, at the end of lap 25, and a good stop of 2.3s saw him take on mediums and rejoin in P5 behind Vettel. Leclerc, though, still needed to make his stop for new tyres. The Monegasque drivers finally stopped for hard tyres on lap 28, leaving Bottas to lead Hamilton by 15s with Vettel third ahead of Verstappen.

That order wouldn’t last long, however. After the stops, Verstappen found himself just half a second behind Vettel and on lap 30 he attacked. The Red Bull driver couldn’t make the move stick into Turn 1 but he then pulled alongside the German on the next straight and, thanks to fresher tyres, rounded the Ferrari through Turn 3 to slot into a podium position.

Verstappen then tries to close on Hamilton but the Briton was able to respond and with Bottas in control at the front, the leading order settled.There was a flurry of action in the closing laps as Verstappen tried to steal fastest lap and the point on offer for the marker from Bottas. The Finn wasn’t to be denied however, and on lap 57 he punched in a 1:25.580 to take the bonus point.

At the end of the next tour he took the fourth win of his career ahead of Hamilton and Verstappen. Fourth place went to Vettel, with Leclerc settling for fifth

Kevin Magnussen took sixth place for Haas ahead of Alfa Romeo’s Kimi Räikkönen and Stroll held onto ninth ahead of the final points score, Kvyat.