Not all plain sailing: Video of best kitesurfing wipeouts at Ponta Preta 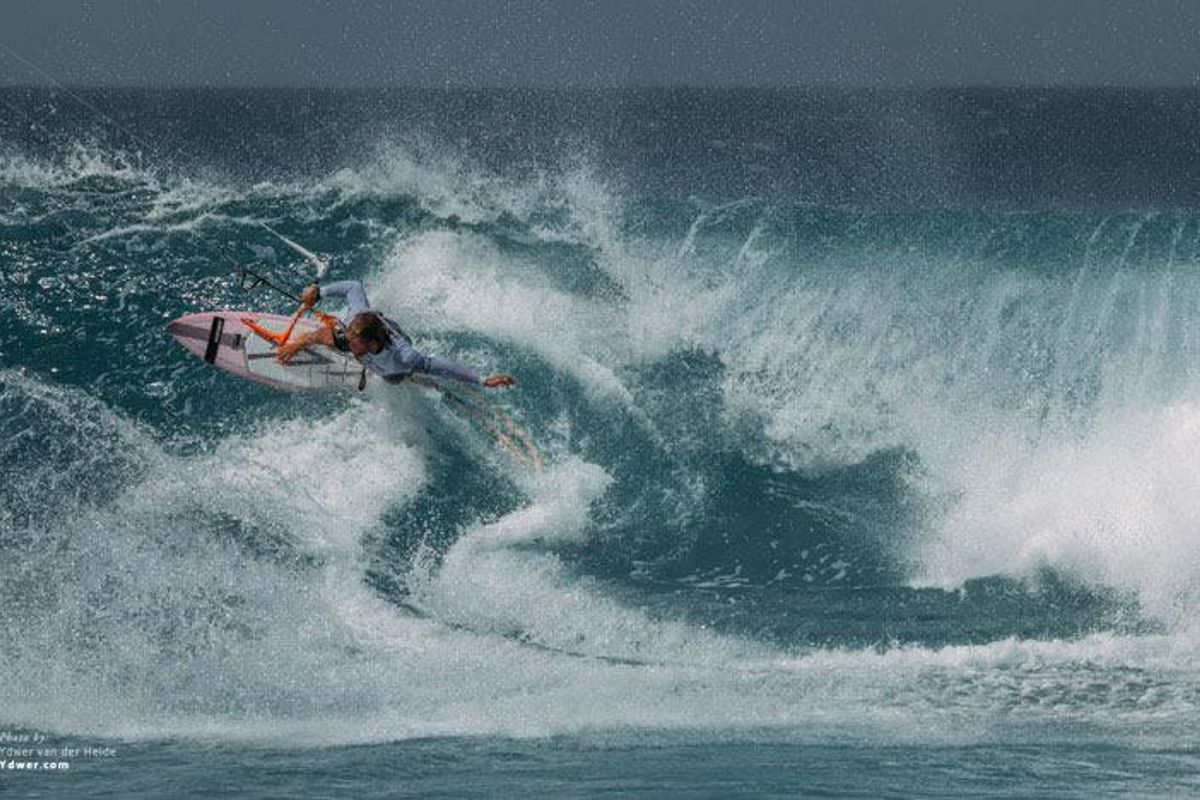 But not every wave is a smooth ride as seen by this collection of wipeouts at Ponta Preta during GKA Cabo Verde 2019.

After four days of absolutely all-time conditions at Ponta Preta, Mitu Monteiro and Moona Whyte retained their first place positions from the single eliminations and won the doubles on Thursday to become the champions of the GKA Kite-Surf World Cup Cabo Verde!

It was edge-of-the-seat viewing and an absolute barrel-fest throughout as Airton Cozzolino and Inês Correia launched all-out assaults, fighting their way through four consecutive heats each to make the finals. Here's how it went down.

Airton began his relentless march up the double elimination ladder with a victory over Sebastian Ribeiro. He opened with a perfect barrel and took the lead early but, when he went in to change boards, Sebastian began closing gap with seamless surf-style lip smacks. Airton returned to the point though, regained his flow and notched up a 9.23 to move through to the next heat.

Airton then went up against Francesco Cappuzzo who was clinical and smooth on his backhand but he couldn't match Cozzolino for sheer force and power. Airton was riding away from waves and manoeuvres that you wouldn't have thought possible if you weren't seeing it with your own eyes and he literally head-butted his way out of a collapsing barrel at one point!

Then came one of the tightest heats yet as Airton met Matchu Lopes. Matchu struck early with a flowing backhand and switch front hand display and was leading the heat by the halfway point. Airton then threaded his way into a barrel before accelerating out of the pocket, smashing the lip to pieces and then launching into a hands-free 360 air reverse to take the win with a complete display of wave riding prowess that covered all the bases!

Another one down - next up was James Carew. This was a clash of the titans between two absolute powerhouses. James drew first blood with a high scoring wave and was leading the heat by halftime but Airton evened the scores and then, with 12 seconds left on the clock, he pulled into a barrel and sealed the deal over the young Aussie. On to the final!

By this point the crowd was at fever pitch. Either way a Cape Verdean son was going to take it, but would it be the original maestro Mitu or Airton the new wave charger?