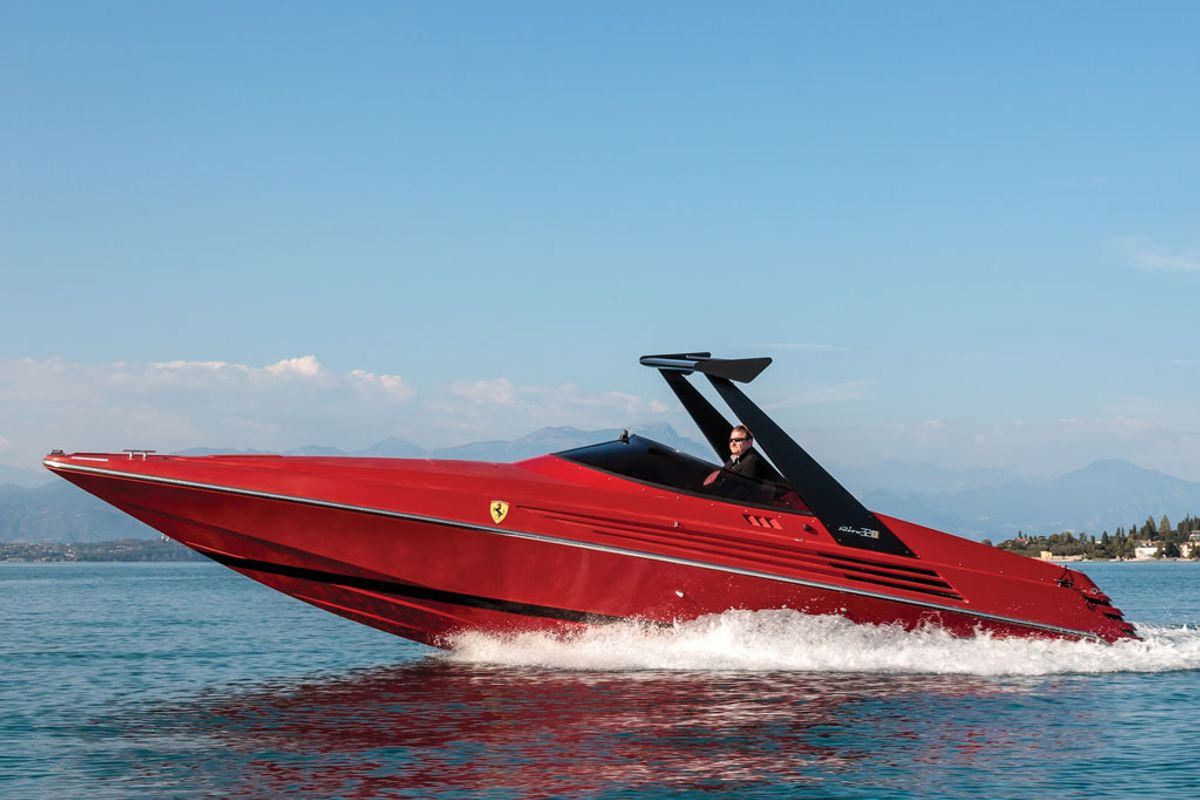 Identification No. H0200049F393
The 28th of only 40 produced
Engine-out service completed in 2015
The ultimate collaboration of style and performance

Established in 1842, Riva was already the world’s top boat maker when Enzo Ferrari started manufacturing his own vehicles. Riva has since been known for its unparalleled style and personality, so it was inevitable that the boat maker would come to collaborate with the likes of his fellow Italian. The result is the ultra-rare Riva Ferrari 32.

One of only 40 built, the Riva Ferrari 32 (named for its length in feet) was the brainchild of Riva chairman Gino Gervasoni and Enzo Ferrari, who together carefully planned the design so that no one could mistake its familial lineage. A team of designers and engineers worked together to seamlessly blend elements, such as a Testarossa style air intake alongside classic Riva hull lines. Both innovative and eye-catching, the large carbon fiber spoiler manages to create a perfect line with the bow while reflecting the elongated angle of the transom.

Equipped with twin 390-hp, 7,982-cc BPM Vulcano 400 V-8 engines, hull number 28 can reach top speeds of 54 knots (62 mph). A sleeping berth large enough for two, along with plenty of storage, sits below deck, while above a three-person bench seat sits aft of the pilot seat. With an engine-out service completed in 2015, this Riva is ready to hit the water with impeccable style.

Guaranteed to turn heads, this Riva Ferrari 32 will make a unique and very exotic addition to any dock.
Auction details: