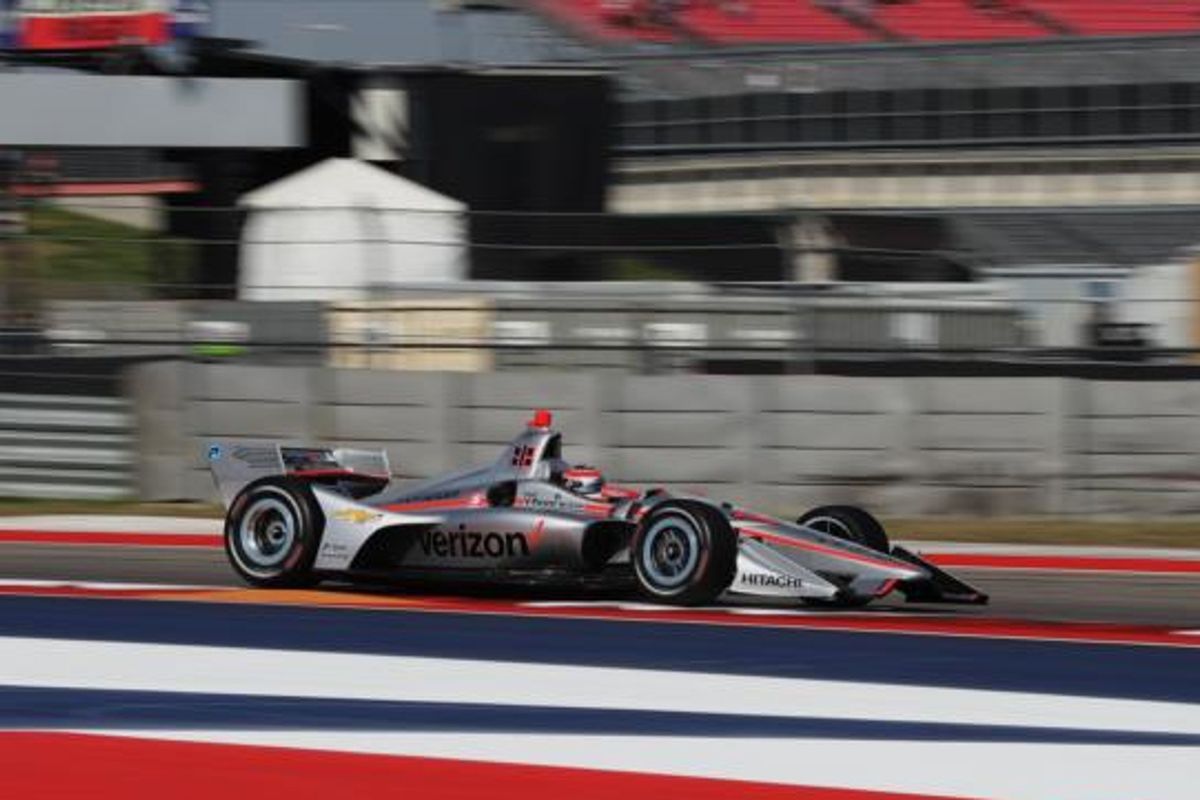 Circuit of The Americas may be a new track to the NTT IndyCar Series, but the NTT P1 Award winner for the first race there isn't.

Will Power continued his climb up the Indy car history charts, winning his 56th career pole position Saturday in NTT P1 Award qualifying for the inaugural INDYCAR Classic. The Team Penske driver will lead the 24-car field to the green flag in Sunday's first NTT IndyCar Series race at Circuit of The Americas.

In the Firestone Fast Six, the last of three knockout qualifying rounds, Power pushed the No. 12 Verizon Team Penske around the 3.41-mile, 20-turn permanent road course in 1 minute, 46.0177 seconds (115.792 mph). It earned the 2014 NTT IndyCar Series champion a second straight pole position to open the 2019 season and pole No. 56 of his 15-year career. It leaves the reigning Indianapolis 500 winner within 11 of tying Mario Andretti for the most all time.

"When I looked at the Firestone Fast Six and where we stacked up, I thought the only chance we have at getting pole is if we do one lap of fuel (in the car) and do a lap and then next set (of used Firestone alternate tires), one lap of fuel and do a lap," Power said. "That's what we did, so it paid off."

"That last lap was very neat, and I finally breathed by the time I got to the alternate start/finish line."

Power, the only Chevrolet-powered driver to reach the final round of qualifications on Saturday, is now eligible to collect a $100,000 bonus from COTA if he can win the 60-lap race from the pole position. Live coverage begins at 1 p.m. ET Sunday on NBCSN, NBCSports.com, the NBC Sports app and the Advance Auto Parts INDYCAR Radio Network.

"The thing that's bothersome is it was a good lap," Rossi said. "It's just, he (Power) has almost 60 poles for a reason, right? I missed it a bit in (Turn 19) to open the lap, so I knew it was an uphill battle from there. A front-row start is good; it's a big turnaround for us from St. Pete, where we were not that competitive."

"Today was awesome," the 18-year-old Herta said. "After Practice 3 (in the morning), we all had a feeling that we could go for the pole today because the No. 88 Latitude Vacation Club car was so fast. I'm just so happy the Harding Steinbrenner Racing boys were able to get the car ready yesterday for warmup (following an engine change). I have to thank everyone on the team and Honda for working so hard this weekend."

Chip Ganassi Racing teammates Felix Rosenqvist and Scott Dixon will start the race from Row 3. After setting the NTT IndyCar Series track record in second-round qualifying in the No. 10 NTT DATA Honda, Rosenqvist posted the fifth-fastest lap in the Firestone Fast Six (1:46.5680, 115.194 mph). Dixon, the reigning and five-time NTT IndyCar Series champion, was sixth at 1:46.9375 (114.796 mph) in the No. 9 PNC Bank Honda.

Josef Newgarden, the 2019 points leader after winning the season-opening race two weeks ago at St. Petersburg, Florida, just missed reaching the Firestone Fast Six and will start seventh in the No. 2 PPG Team Penske Chevrolet.

Jack Harvey and Tony Kanaan each slid off track into the gravel in Turn 19, bringing premature ends to each group of qualifying in Round 1. While those two drivers will start from the last row in the race, the red-flag stoppages prevented other notable drivers from logging a lap fast enough to advance to the next round - including James Hinchcliffe (who will start 15th), Sebastien Bourdais (17th) and Simon Pagenaud (22nd).

Oliver Askew rolled away from the pole position and on to a comfortable victory in the first Indy Lights presented by Cooper Tires race of a doubleheader weekend at Circuit of The Americas. The Andretti Autosport driver won the 20-lap race by a sizable margin of 24.6800 seconds.

The second Indy Lights race from COTA starts at 10:10 a.m. ET Sunday and will stream live on INDYCAR Pass on NBC Sports Gold.

WILL POWER (No. 12 Verizon Team Penske): "I thought, when I looked at the Firestone Fast Six and where we stacked up, I thought the only chance we have at getting pole is if we do one lap of fuel, and one lap on our tires, and do that twice. And that's what we did, so it paid off." (About if he ever takes winning pole for granted, since he's won so many): "Whenever you feel like that, you never ever win pole. I always feel like I don't have a chance, I don't know why, but the last two races I thought our best chance was a top three (start) if we're lucky."

AUSTIN, Texas- Qualifying Saturday for the INDYCAR Classic NTT IndyCar Series event on the 3.41-mile Circuit of The Americas, with qualifying position, car number in parentheses, driver, engine, time and speed in parentheses: