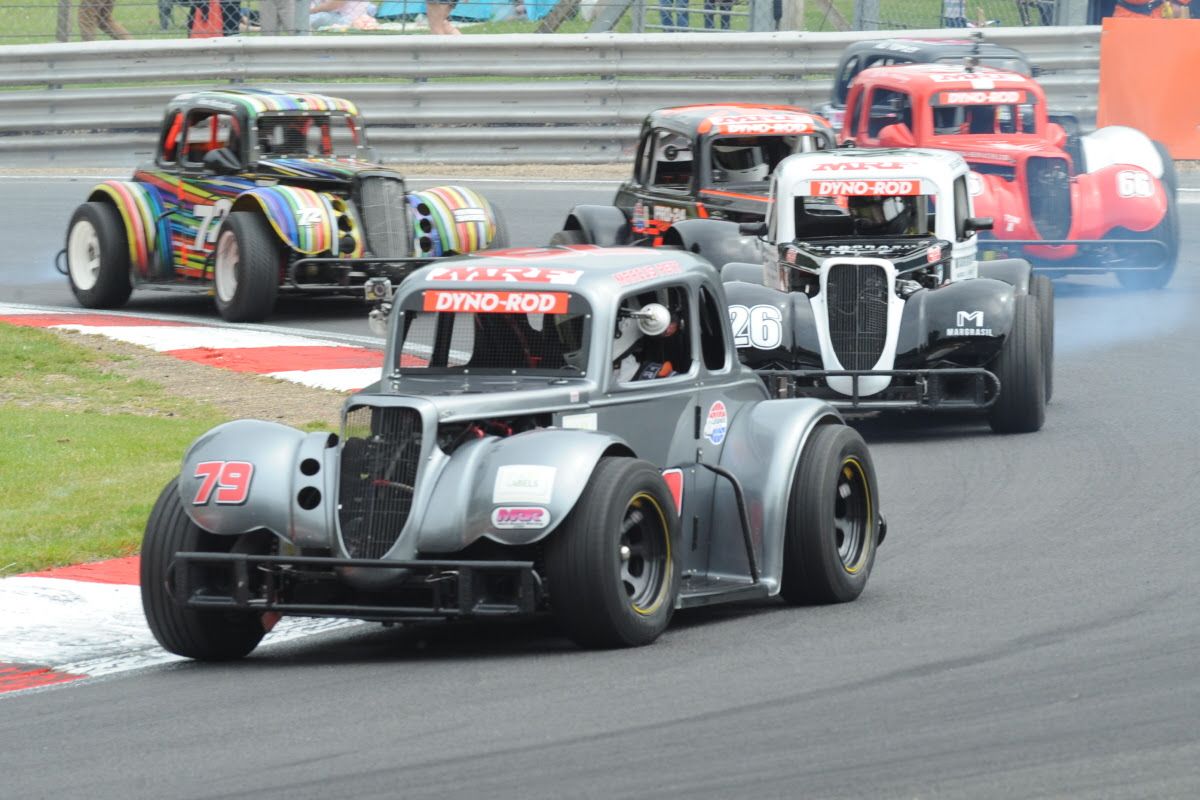 Smith, of course, concluded last season’s spectacular championship battle in third place, with one victory to his credit, and returns with Matt Roach Racing. Rudman, who claimed a sensational nine race wins, ended his second year in the category fourth in the driver standings and will be striving for even more this time around with Craig Phillips’ Pro 24 Race Shop squad.
Parker ended the 2018 season in the championship top five, with two victories, while Mickel Motorsport’s Simmons achieved his maiden Legends Cars win at Donington Park on his way to securing a top six series finish and another Masters Cup crown.
Will Gibson (Camberley), who raced to three victories last year on his way to seventh in the title battle, also makes a welcome return along with fellow triple race winner from 2018 Marcus Pett (Boston), one of the real rising stars of Legends Cars racing.

Driver of the only ‘van’ in Legends competition, Nathan Anthony (Horley), is also back with a striking livery for his trusty Matt Roach prepared Se-Van and he will be bidding from the outset to challenge for his long-awaited first win in the championship.

Last year’s Rookie Champion Sy Harraway (Weston-super-Mare), another of the Pro 24 contingent, was a real revelation during his debut year and after securing a brace of race wins he will very much be a driver to watch.

Top 12 championship finisher Mike Schlup (Cuckfield) is back with Mickel Motorsport with other returnees including Rickie Leggatt (Worthing), Jonty Norman (Wakefield), Paul Simkiss (Ripponden) and Team 247 driver Phil Turner (Hertfordshire). The latter, of course, is sponsoring the recently announced television coverage of the 25th anniversary season through his business 24hr Solutions.
Long-standing Legends Cars team WTBS Motorsport has undergone a change of ownership for the new season, with racer Nick Bridgeman (Baldock) acquiring the squad. Bridgeman will be back for a third year as a driver – his second full season – under the Bridgeman Motorsport banner. Former WTBS driver Bill Read (Oldham), meanwhile, has moved to Mertec Motorsport.

“It’s wonderful to see so many familiar names among the first 15 confirmed entries for our special 25th anniversary season, especially with such a large number from last year’s top 10 in the driver standings”, said Legends Cars owner Phil Cooper.
“With the likes of Sean Smith, Miles Rudman, Jack Parker, Will Gibson and Paul Simmons all back once again, we’re guaranteed another incredible fight at the front. When you add in real rising stars like Marcus Pett and Sy Harraway, and mainstays like Nathan Anthony and Mike Schlup, the entry for the season opener at Brands Hatch is already looking very healthy indeed with more to come...”

Rounds one and two of the 2019 Legends Cars National Championship with MRF Tyres season will take place on Easter Sunday, 21st April, and Easter Monday, 22nd April, at Brands Hatch Indy Circuit in Kent. All six races will be filmed by Digitex Television for later broadcast on Amazon Prime UK and USA, digital satellite and Freesat channel Front Runner, plus BARC TV and Motorsport TV online.