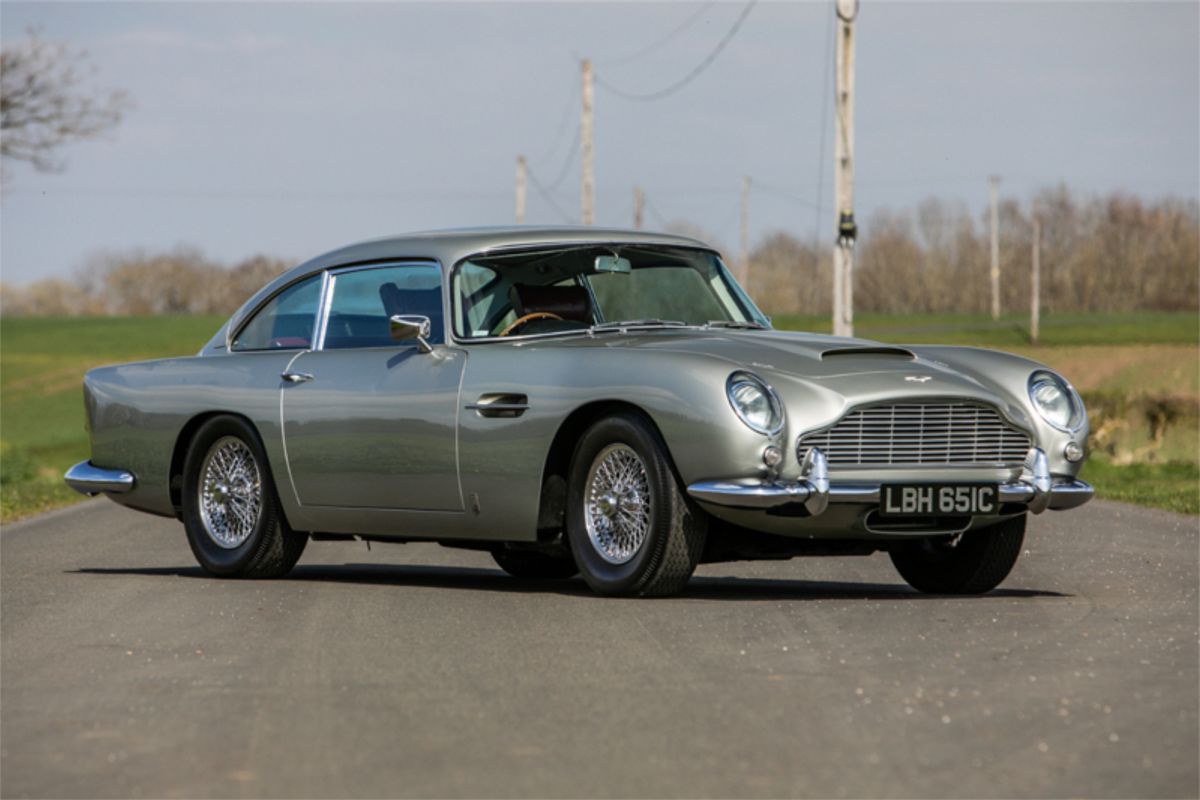 Silverstone Auctions has announced two stunning Aston Martins, a 1965 Aston Martin DB5 and a 1950 Aston Martin DB2 Washboard to headline the British Marques May sale at Heythrop Park on the 11th May.
Both cars are in stunning condition and have been restored to the highest of standards.

The Aston Martin DB5 will always be associated with the James Bond films and is probably one of the most famous models produced. This particular 1965 car comes with its own special moment in history as it was the car featured by the Royal Mail on a special edition of stamps produced to celebrate “the best in British car manufacturing”.

Finished in the iconic Silver Birch, this car is in the most incredible condition with the original red Connolly hide seats and factory headrests. The car has undergone an impressive restoration by marque experts and had a full engine rebuild by Aston Engineering in 2013.
This is a right hand drive car with a five speed manual gearbox with standard disc brakes and chrome wire wheels. It comes with an impressive history file.

The DB2 Aston Martins were famous for competing at Le Mans in 1949 before they became available as a road going version.
This particular 1950 Aston Martin DB2 Washboard offered for sale is 1 of just 49 cars produced with the three part grille before it was replaced on later cars by a one piece grille on costs grounds. The slatted vent behind each of front wheel gave rise to the “Washboard” nickname and the creation of The Washboard Register for this type of car.
Delivered new to Australia in December 1950, the car underwent an exquisite four year restoration to factory specification by Woodham Mortimer. It comes with numbers matching Aston’s factory data sheet and still in its original Almond Green over Dark Green paint.
In 2015 the car took third place in the Post War Sports Cars class at the world’s most prestigious Concours, Pebble Beach.

Nick Whale, Managing Director of Silverstone Auctions commented “I am really delighted to have these two extremely special Aston Martins in our British Marques sale at Heythrop Park on the 11th May.”

“They are both in the most stunning condition and come with significant history. I am expecting a lot of interest, they really are two very special cars”

Arwel Richards, Auction Manager for the Heythrop sale commented "We have some really fabulous cars coming to auction and I am delighted to confirm these two fine Aston Martins will headline our British Marques May sale.”

The Silverstone Auctions sale takes place over two days on the 10th and 11th May at Heythrop Park in Oxfordshire. The 10th sees a classic cars sale and the 11th in association with the Jaguar Enthusiasts’ Club is for British marques.