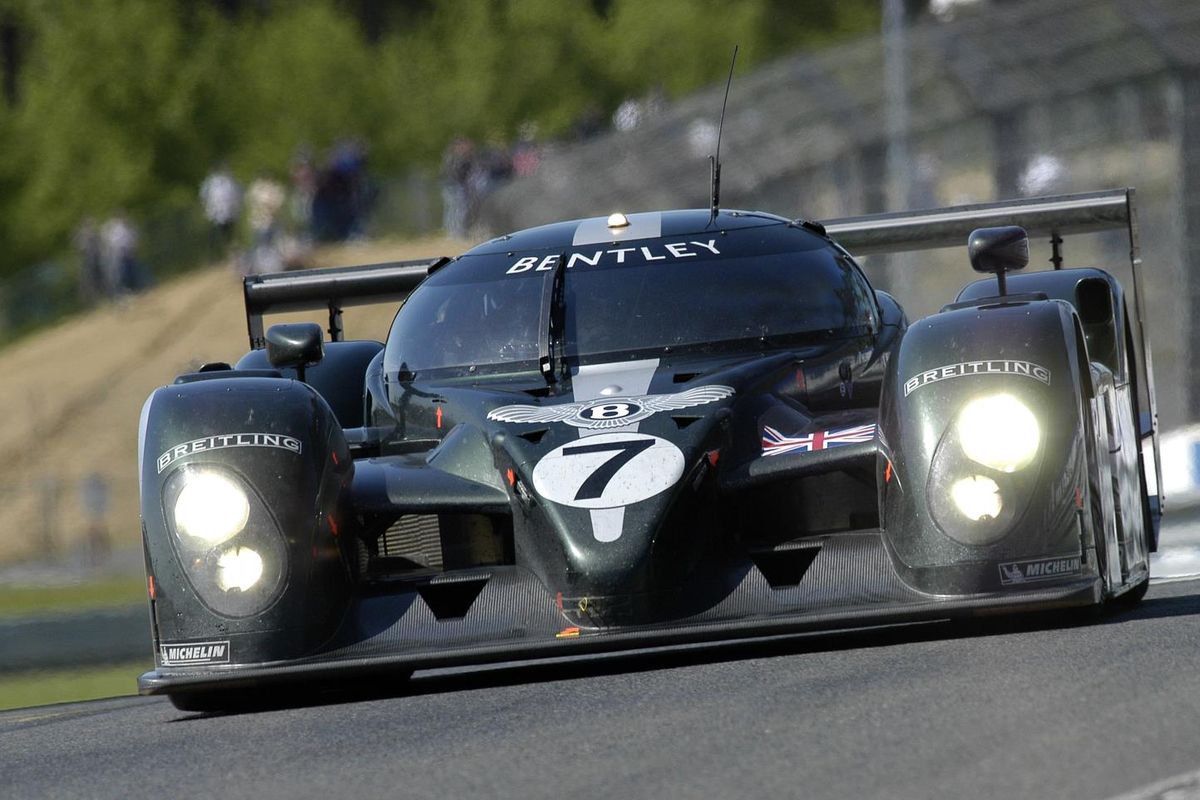 Bentley will continue its centenary celebrations at the 77th Goodwood Members’ Meeting this weekend with a number of iconic cars on the starting grid set to bring the sights and sounds of the company’s illustrious motor racing past to life.

Headlining the sell-out weekend of motorsport is the Speed 8 – Bentley’s Le Mans car that won the most gruelling endurance race on the planet. The Speed 8 will run alongside other Le Mans prototypes for the first time since 2003, with two of the original Bentley drivers, Guy Smith and Tom Kristensen, set to make an emotional return to the driver’s seat.

Bentley’s 100 extraordinary years will also be remembered in the John Duff Trophy race. Duff was the original Bentley Boy, and the man that initiated the marque’s now synonamous relationship with Le Mans. He was the first driver to win at the 24 Hours of Le Mans in a Bentley, claiming the title in 1924. The new event is for pre-1930 vintage racing cars and promises to be a major spectacle, as Bentley enjoys its biggest ever presence at the popular Members’ Meeting.

Speed 8 – A Famous Victory
Bentley returned to the 24 Hours of Le Mans in 2001 for a three-year campaign following a lengthy absence, and intentions were signalled with a podium finish on an all-new Bentley prototype’s competitive debut. Just two years later, against the toughest of competition, the #7 Bentley Speed 8 led a 1-2 finish after dominating the race, sparking great celebrations amongst the thousands of British fans at the event and countless more around the world.

That hard-fought victory in 2003 rekindled the spirit of the original Bentley Boys and their Le Mans successes of the 1920s. It was Bentley’s sixth outright victory at the 24-hour race and came through great attention to detail and innovation, qualities still at the heart of the company today.

Among the six men who drove the winning Speed 8 were Tom Kristensen and Guy Smith, and the pair will be reunited with the car once again at the 77th Goodwood Members’ Meeting – Kristensen for the first time since that landmark 2003 race.

The drivers will take part in two 15-minute Le Mans Prototype demonstration runs, one on Saturday evening at dusk with Smith behind the wheel, the other on Sunday afternoon with Kristensen driving.

The Bentley Speed 8 will start on ‘pole’ as part of a 16-car field of Le Mans cars. Each will be flagged off one at a time for non-competitive fast laps in for what promises to be one of the most memorable moments at the event.

John Duff – An Original Bentley Boy
The John Duff Trophy is a new addition to the Members’ Meeting at Goodwood, inspired by one of the all-time great racing drivers and Bentley’s centenary year. Duff was a founder member of the Bentley Boys and Girls, a group of wealthy young men and women who loved to race W.O. Bentley’s fast and dependable cars.

Duff was the first to drive a Bentley at Le Mans and win, taking on the challenge with factory driver Frank Clement. After a fourth place in 1923, they returned a year later and won outright, ten minutes ahead of the competition.

The John Duff Trophy race is for pre-1930 vintage racing cars and has attracted an impressive collection of 30 historic cars from the era, with a third of the grid being Bentleys, including the 3-Litre ‘Number Nine’ built for Tommy Thistlethwayte in 1926, and a Speed Six driven by legendary Bentley Boy Woolf Barnato.

Bentley’s 100 Years Of Extraordinary
From Le Mans victories, through to the incredibly powerful road cars of the modern era, all of Bentley’s extraordinary vehicles have innovation hand-built into them.

July 10, 2019 marks Bentley’s 100th birthday - an extraordinary milestone achieved by only a handful of automotive companies. The Goodwood Members’ Meeting is just one of a year-long series of special activities that have been planned, with celebrations at events around the world to highlight Bentley’s motoring evolution over the last 100 years, its global success today and the exciting future ahead.