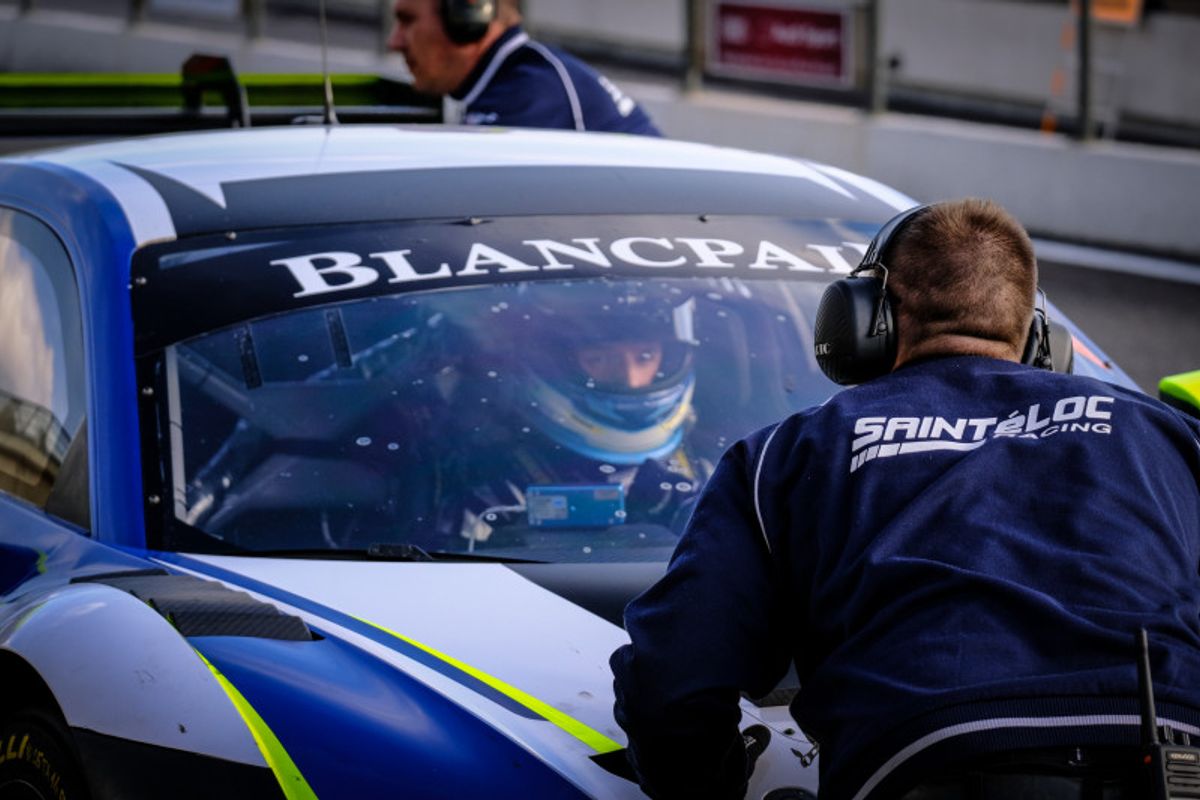 The Blancpain GT Series will launch its 2019 campaign in style next weekend when a stellar 49-car field tackles a three-hour Endurance Cup race at the iconic Autodromo Nazionale di Monza (13/14 April).
The Italian venue will provide the ideal location to begin a new season of competition. Synonymous with speed since it first opened in 1922, the modern circuit retains the same defining characteristic. Its 5.793km (3.600-mile) layout consists of long straights broken up by chicanes, with Curve di Lesmo and Curva Parabolica situated at either end to form a loop. Indeed, Blancpain GT Series drivers can expect to reach 285kmh (177mph) at the ‘Temple of Speed’.

Located within the historic Parco di Monza, less than 20km from the centre of Milan, the circuit enjoys a setting that is almost unparalleled among modern racing facilities. The on-track action takes place at the heart of a sprawling woodland, where the sound of GT3 cars reverberates between the trees.

Last year’s event was won by the #1 Belgian Audi Club Team WRT car of Dries Vanthoor, Alex Riberas and Chris Mies following a thrilling duel with the #43 Strakka Racing Mercedes-AMG. Six brands have taken victory from eight previous outings at Monza, and with a hugely competitive entry list confirmed for the upcoming race a seventh could well be added this year.

The Monza contest will be headlined by a 19-car field of full-season Pro competitors, all of whom are capable of at least running for the podium.
The entry list is led by Mercedes-AMG squad Black Falcon, which will defend its Endurance Cup titles with an unchanged line-up of Maro Engel, Luca Stolz and Yelmer Buurman. They are sure to face stiff competition, not least from fellow Mercedes-AMG outfit AKKA ASP Team, which clinched the overall title in 2018 and is led by local hero Raffaele Marciello. A third Mercedes-AMG entry comes from Strakka Racing, which claimed last year's Endurance Cup drivers' title in the Pro-Am category.

Audi will be the best-represented Pro class brand this term, with four of the Ingolstadt marque's updated R8 LMS EVO machines set to hit the track. Belgian Audi Club Team WRT lead the assault, with further strength coming from Attempto Racing and Sainteloc Racing.
Like Audi, local favourite Lamborghini will also deploy an upgraded car this year. An impressive trio of Huracan GT3 EVOs will contend for home glory at Monza, with two coming from series newcomer FFF Racing and another from 2017 Endurance Cup champions Grasser Racing.

Porsche has bolstered its Pro class assault and adds another new-spec car to the 2019 grid. ROWE Racing will field a brace of 911 GT3 R machines, both of which feature significant talent from the Stuttgart marque’s factory roster, while series newcomer Dinamic Motorsport adds a third Pro entry.

Aston Martin will bring an all-new car to the 2019 grid with its Vantage GT3, three of which will tackle the Pro class. Swiss outfit R-Motorsport will resume its two-car assault following an impressive 2018 campaign, and is joined in the Aston camp by 2016 Endurance Cup title-winner Garage 59.
Bentley will continue its long-term commitment to the Blancpain GT Series with a two-car assault on the Endurance Cup. The M-Sport squad will compete with numbers 107 and 108 as the British marque celebrates its centenary year.

Finally, the iconic Ferrari brand will be represented by the #62 SMP Racing entry. The Russian-backed 488 GT3 was competitive for victory at Monza last season after starting from pole and its crew will hope to once again excel on home soil.

Quality grids confirmed for Silver, Pro-Am and Am classes

The battle for top honours is by no means the only attraction at Endurance events. With healthy grids in the Silver Cup, Pro-Am and Am Cup categories, a thrilling contest for class honours is guaranteed at Monza and beyond.
The Silver Cup has taken a significant step forward for 2019, both in terms of numbers and the quality of its competitors. The Lamborghini brand will dominate the grid thanks to entries from FFF Racing, Grasser Racing, Barwell Motorsport, Ombra Racing, and Daiko Lazarus Racing.

There will also be a brace of Ferrari 488 GT3s, with the renowned AF Corse squad fielding its #52 machine and working alongside series newcomer Tempesta Racing to run the #93 entry. Team Parker Racing will bring its new-spec Bentley Continental GT3, while 2017 class champion Oman Racing with TF Sport (Aston Martin Vantage GT3) returns to the Pro-Am ranks seeking to regain its title.
10 cars competing for Am Cup honours will complete the Monza grid. Defending champions Barwell Motorsport lead the entry list with their Lamborghini Huracan GT3 EVO, which is also the weapon of choice for Raton Racing by Target and the #15 Boutsen Ginion machine.

The Belgian outfit will field a BMW M6 GT3 alongside its Lambo, while series newcomer Tech 1 Racing adds its Lexus RC F GT3 to the field. There will be a trio of Ferrari 488 GT3s – two from Rinaldi Racing and another from HB Racing – while 2018 runner-up Garage 59 will switch to Aston Martin machinery for the new season. Finally, a one-off entry from local squad Antonelli Motorsport will add a Mercedes-AMG GT3 to the Am Cup grid for Monza.

More action promised on and off-track

The Monza weekend will begin on Friday 12 April with 90-minute private testing sessions at 10.00 and 13.50. The first full-field run takes place on Saturday morning, with a 90-minute free practice getting underway at 11.35. Pre-qualifying will be staged at 17.20, followed on Sunday morning at 09.45 by the deciding qualifying session. The race will begin at its traditional time of 15.00 on Sunday afternoon, culminating at 18.00.

The weekend’s support package features single-seater and GT action. The stars of the future will compete in Formula Renault Eurocup, which joins the Blancpain GT Series for the first of seven support slots this season. GT4 European Series will also hit the track as it gets its 2019 campaign underway, with Blancpain GT Sports Club completing an exciting support line-up

There will be added interest off-track as the SRO E-Sport Series stages the first of four qualifying events, all of which will run alongside Blancpain GT Series rounds. The new venture will see sim racers do battle using Assetto Corsa Competizione, with the top performers progressing to a grand finale where they will compete for a racing experience with Lamborghini Squadra Corse.