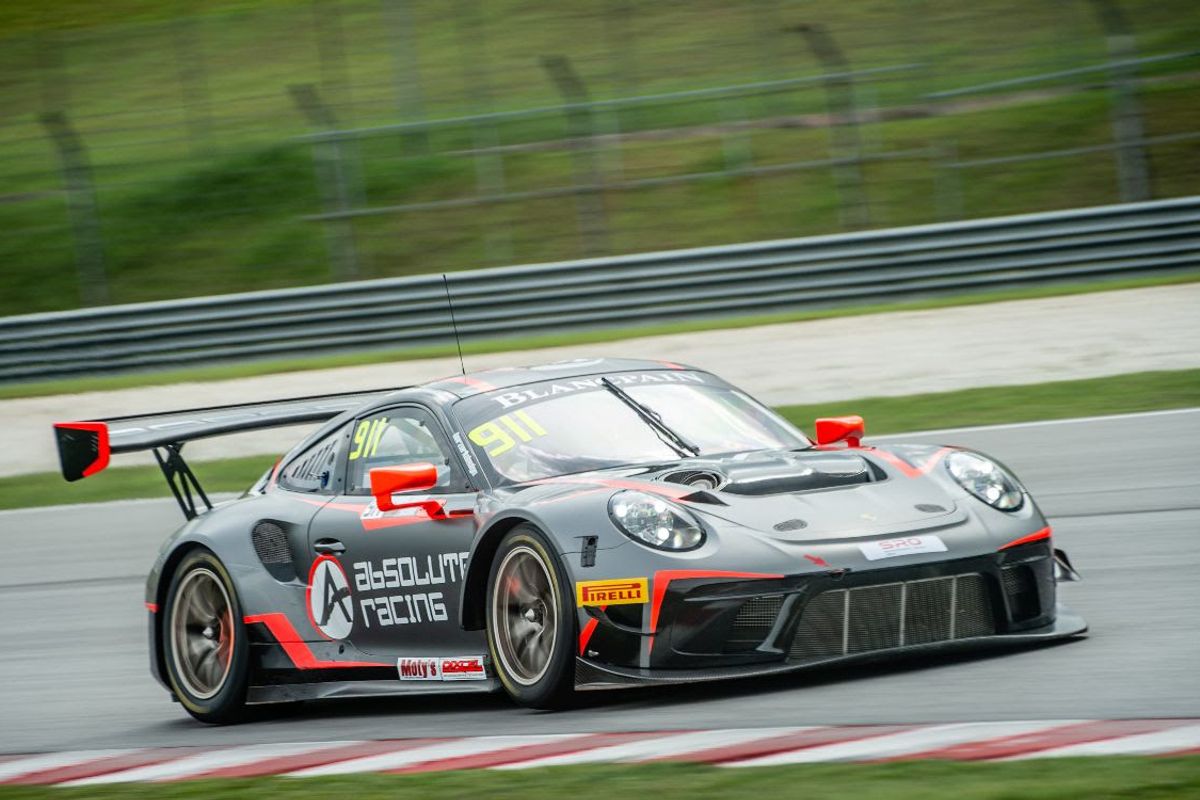 Porsche’s seven entries make it the most represented manufacturer on the GT3 grid, and is largely comprise of Carrera Cup Asia teams and drivers, displaying the excellence with which the Porsche Motorsport pyramid works in the region.

In the sister #912 machine, Porsche Young Professional Dennis Olsen returns to the wheel of a Porsche, following his Bathurst 12 Hour victory with the manufacturer in February. The 2017 Porsche Supercup runner-up is joined by former Porsche Carrera Cup Asia front-runner Yuan Bo in the Pro-Am class.

Chris van der Drift and Li Chao are back behind the wheel of the #910 Porsche 911 GT3 R. The JRM pair drove the 2019-spec car in the China GT opener at Sepang in March, finishing second, and now face a new challenge in Blancpain.

Philip Hamprecht, Porsche Motorsport Asia Pacific Young Professional, said: “My expectations for this season are to be competitive from the beginning and hopefully, together with my team-mate Tanart, to fight for the overall championship. I’m really excited about finally getting on track and showing what we can do.”

Fabien Fior, Absolute Racing Team Principal, said: “Our relationship with Porsche dates to day one at Absolute Racing. We’re creating a programme around our loyal customers and Porsche factory drivers, this is a unique opportunity and a great platform. I believe we have three strong line-ups and I can’t wait to see what we can achieve. We have covered a lot of miles in testing with our cars and I’m pleased to see the team working together so well. I have a strong feeling they will be challenging for victories from round one.”

Francis Tjia, Modena Motorsports, said: “It is very exciting for all of us at Modena Motorsports to be participating in the Blancpain GT World Challenge Asia for 2019. We are now in our 10th season with Carrera Cup Asia, and it was last year that we thought we should add some new challenges for our drivers and team members. Having raced Porsches for the past 10 years, it was natural that we reached out to Porsche Motorsport Asia Pacific to learn more about the brand new Porsche 911 GT3 R for this season. It is a fantastic machine that is beautifully engineered, and we hope to do it proud in our first event at Sepang this upcoming weekend.”

John Shen, Modena Motorsports, said: “I am very much looking forward to taking this beautiful car onto the track in our first 2019 Blancpain GT World Challenge Asia race. We have competed with Mathias [Beche] in many other events in Europe and the Middle East over the years, but this will be the first time that Mathias is racing with me in Asia. I am sure that he will do a fantastic job, so it is up to me to ensure that I can compete with the other Am entries in our class. This is the challenge we always face in motorsports, and I am very excited to be doing it with the Porsche 911 GT3 R.”

Alexandre Gibot, Head of Porsche Motorsport Asia Pacific, said: “We’re absolutely delighted to announce the first Porsche Motorsport Asia Pacific Young Professional Philip Hamprecht. He was stellar in the Porsche Carrera Cup Asia Championship last season and we fully support him in his step up to GT3. As for the start of the Blancpain GT World Challenge Asia in Sepang this weekend, I cannot wait to get the season underway with seven of our Porsche 911 GT3 on the circuit.”