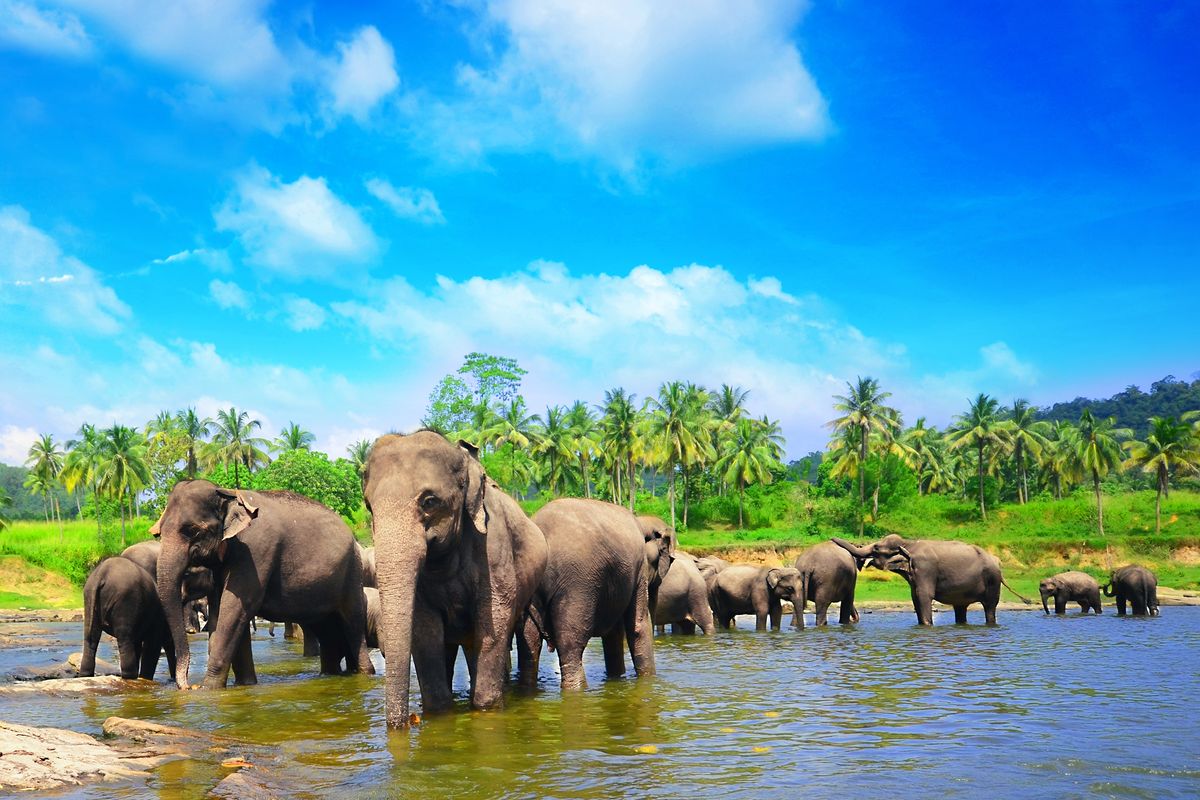 Founder and President of Overseas Cargo, Inc. (ShipOCI.com), Ron Atapattu, has announced his return to professional racing with an exciting platform to market his elephantea, a premium tea company and elephant conservation awareness programs through his eTeaRacing effort.

Atapattu will once again compete in a Lamborghini, the supercar marque he achieved much success racing globally in the 1990s. The No. 24 elephantea/ShipOCI Lamborghini Huracan Super Trofeo Evo will take to the track for the International Motor Sports Association (IMSA) 2019 Lamborghini Super Trofeo North America series on April 5-7. Round 1 and 2 of the 12-race series will be held at the beautiful 2.38-mile, 15-turn Barber Motorsports Park near Birmingham Ala. During the Honda IndyCar Grand Prix of Alabama.

Atapattu first started racing professionally in June 1996 as the only U.S. driver out of 28 in the unique Lamborghini Diablo SVR No. 24 in a special race prior to the 24 Hours of Le Mans. He continued to compete in the Stephane Ratel Organization (SRO) Lamborghini Super Sport Series for five more years as the only American entry.

"I'm excited to get back to racing, especially in a Lamborghini, which has always had a special place in my heart and in both my personal and racing garage," said Atapattu, of Miami, Fla. "The new Lamborghini Super Trofeo Evo is a powerful and highly technical purpose-built race car by Lamborghini and it's going to be a thrilling season in the very competitive IMSA Super Trofeo series this year.

The SRO Lamborghini series racing in 1996 led Atapattu to the FIA GT Championship in 1997, where he captured his first victory in a McLaren F1 GTR at Zhuhai, China. He continued to race the Diablo SVR and collected podiums and Top 5 finishes at international circuits like Nürburgring, Spa, Vallelunga, Brands Hatch and Le Mans. He competed in two 24 Hours of Daytona races with IMSA, as well as Florida races at Homestead and Miami. Atapattu kept his racing skills honed regularly racing in the Florida-based Skip Barber Series, as well as various IMSA races until 2003 when business commitments curbed his racing career.

He's returning to racing through eTeaRacing with a greater cause of giving back to the environment from his youth with a purpose to educate people around the world about the magnificence of wild elephants. US Racetronics Team, a leader in the IMSA Lamborghini Super Trofeo Series, is preparing the No. 24 entry for Atapattu. Team owner, Shane Seneviratne, is also from Sri Lanka and shares Atapattu's appreciation for the native Sri Lankan elephants, along with an affection for racing. All of these are made possible by the support of valuable sponsors: Lamborghini North America, Lamborghini of La Jolla and ShipOCI.

"To be able to raise awareness for the elephant conservation programs we are supporting in Sri Lanka links my past as a child in my home country to a way to educate young people and racing fans in America and around the world," added Atapattu. "These beautiful animals need our help and the importance of preserving the land is so vital to their preservation. 'Live Wild and Roam Free' is our motto."

The elephantea brand, started by Ron and his daughter, Shani, is certified organic, fair trade and kosher. The parent tea company, Bogawantalawa, is one of the few single source tea companies that grows, hand picks, processes and packages the tea leaves from its over 17,000 acre, 160-year-old tea plantation. Ceylon teas from the Golden Valley of Sri Lanka are considered the finest teas in the world. The plantation's teas are currently shipped to over 25 countries across the globe.

Ron was born and raised in Sri Lanka and descends from generations of tea lovers and elephant activists. Ron's uncle, Dr. Shelton Atapattu, was a renowned veterinarian who specialized in elephants, and was a pioneer in elephant conservation. Throughout the years, the natural habitat of these magnificent creatures has been reduced by farming and population growth, where today, the interaction between the people and wild elephants has resulted in human-elephant conflict that takes the lives of an average about 500 elephants a year and about 200 people. The resulting consequences is the herd suffers when they lose a member of the herd, not to mention the loss of human lives. The mission of elephantea is to support the various conservation programs for the native elephants Sri Lanka.

Before the Elefriendly bus arrived, children risked their lives every day walking to and from school in the Wasgamuwa National Park, as the road runs through a natural elephant corridor. Tragically human-elephant conflicts resulted in many deaths of humans and elephants each year in Sri Lanka. Since launching the 24-passenger EleFriendly bus in 2016, daily school attendance has increased, local farmers are able to spend more time earning income tending to their gardens and free from the daily burden of patrolling the corridor to keep their children safe. Sri Lanka's youth are learning to love, rather than fear, elephants, and wild elephants are free to safely roam their ancient elephant corridor. www.slwcs.org/elefriendly-bus

As Sri Lanka's rural populations continue to grow and encroach into wildlife habitat, the interface between elephants and people grows increasingly diffused. Competition for adequate space for agriculture and other forms of human development creates deadly situations for both humans and elephants. SLWCS builds and maintains solar-powered electrical fencing to help keep elephants from raiding farmers precious food crops but that doesn't always stop them. For more than a decade, SLWCS has been providing local communities with citrus trees to create a barrier around their rice and vegetable crops (elephants to not like citrus fruits so it is the perfect buffer crop). The trees also provide farmers with new cash crops, including oranges and limes. See more information at https://www.slwcs.org/project-orange-elephant

The EleVETS project enables a team of elephant experts to work hand-in-hand with Sri Lanka's practicing veterinarians and elephant owners to bring about sustainable improvement in the health, care, and management of captive elephants. Increasing the number of trained elephant veterinarians throughout Sri Lanka through EleVETS also benefits wild elephants that are injured, sick or trapped and in need of emergency medical intervention. Too often these animals die from lack of timely professional care, especially in remote regions of the country. Visit https://www.slwcs.org/elevets

The New Life Elephant Sanctuary (NLES) will be the first refuge in Sri Lanka for captive elephants. NLES will provide high quality veterinary care and shelter to Sri Lanka's working elephants (young and old), who have spent their lives shackled in chains, abused and exploited for work and tourism. For many captive elephants in Sri Lanka, lifelong pain, suffering and deprivation are all they have known. Elephants living at NLES will have the opportunity to 'just be elephants'...most for the first time in their lives.