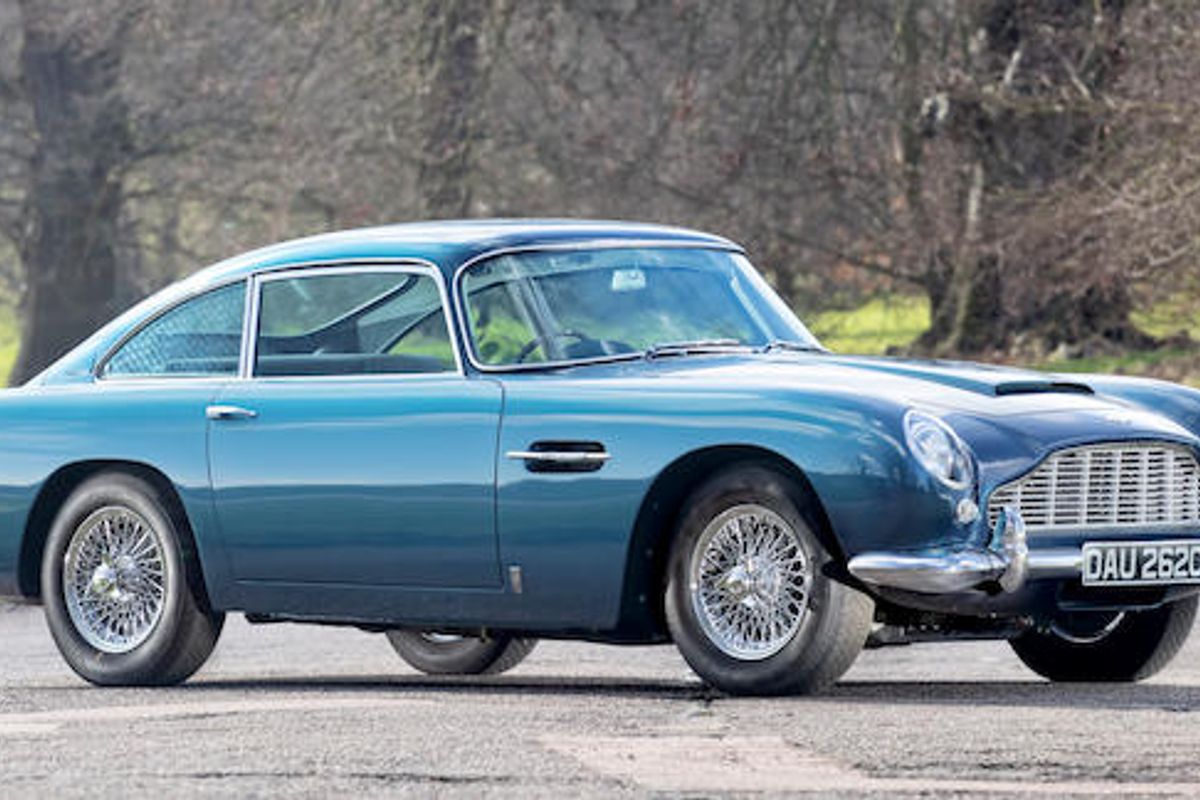 Registration no. DAU 262C
Chassis no. DB5/1900/R
*One of only 1,021 DB5s built
*Delivered new in the UK
*Professionally restored with no expense spared
*Converted to Vantage specification
*Restoration invoices totalling in excess of £340,000 available

'Like all classic GT cars, it combines enormous speed with comfort and the more you put into your driving, the more the car returns for your entertainment. And the DB5 really is entertaining to anyone who can exploit its outstanding performance, handling and brakes. It will also carry four people (just) and a fair amount of luggage so the merits of family transport (if need be) have not been entirely sacrificed to speed and elegant looks.' – Motor.

Beautifully restored, this is a superb example of what many consider to be the most iconic of all British grand tourers. Stripped down to its Superleggera framework during restoration, the car is now presented in its original colour combination of Sierra Blue with black interior, and is an outstanding demonstration of restorative craftsmanship.

Introduced in July 1963, the Aston Martin DB5 represented a further evolution of the preceding DB4 series rather than the beginning of an entirely new model line. The major change was the adoption of a 4.0-litre version of the (previously) 3.7-litre six-cylinder engine, this enlarged unit having been seen first in the Lagonda Rapide of 1961. Equipped with three SU carburettors the '400' engine produced 282bhp at 5,500rpm and was mated to a four-speed/overdrive gearbox, a 'proper' ZF five-speed unit being standardised later. Outwardly there was little to distinguish the DB5 from the final Series 5 DB4 apart from twin fuel filler caps, though these had already appeared on some cars. Beneath the skin however, there were numerous improvements including alternator electrics, Girling disc brakes instead of Dunlops, Sundym glass, electric windows, and an oil pressure gauge as standard equipment. From September 1964 the 314bhp, triple-Weber Vantage engine became available and was fitted to 95 cars out of the total of 1,021 DB5s manufactured up to September 1965.

This superb restoration is testimony to the high degree of craftsmanship needed to return a 54 year-old classic to 'better than new' condition. The car was stripped back to its chassis and Superleggera framework before being painstakingly rebuilt in the workshops of Bell Classics. All mechanical components have been rebuilt and restored to the highest standards. The engine has been converted to Vantage specification with triple Weber carburettors and up-rated camshafts, and the 'Vantage' script added to the front wing air vents. The interior has been re-trimmed with new Connolly leather and all the chromework has been refurbished. Accompanying documentation consists of restoration invoices, a fresh MoT, and a V5C Registration Certificate. Benefiting from in excess of £340,000 spent on its restoration, this is an outstanding example of this most iconic car Aston Martin.