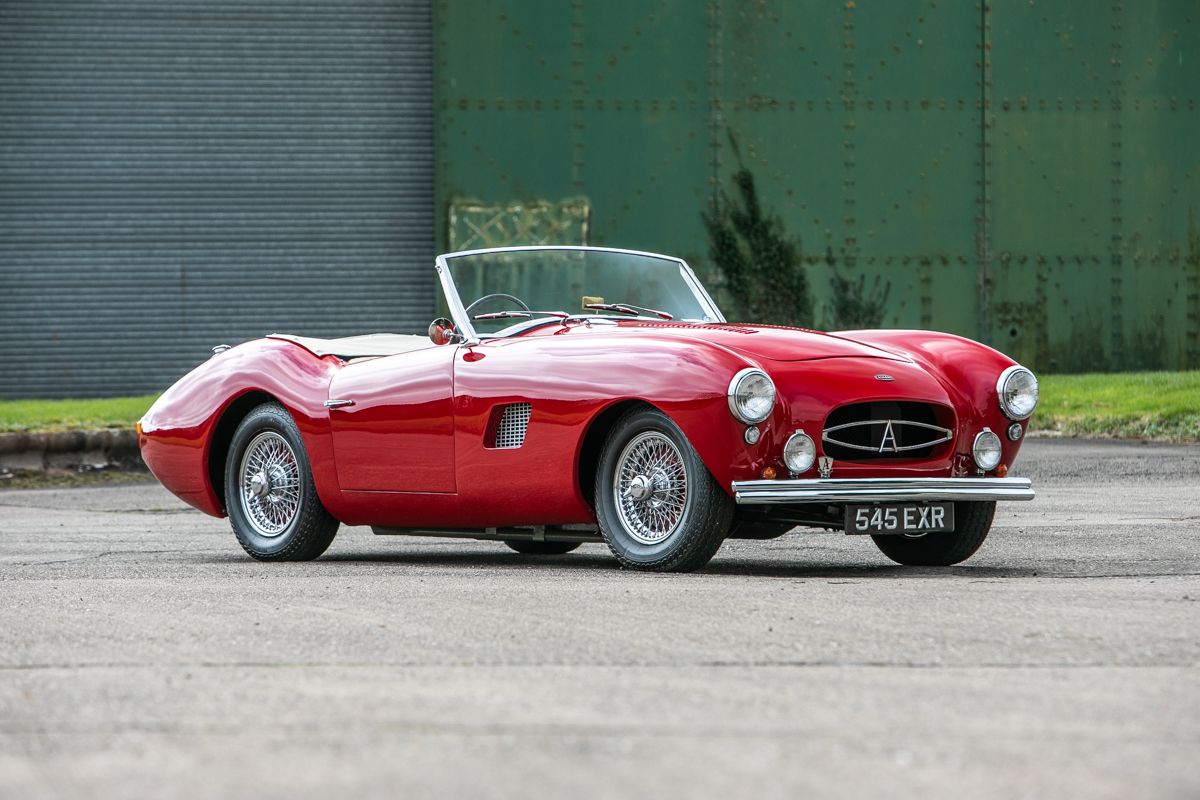 Silverstone Auctions to bring super rare, original, elegant and sophisticated cars to the British Marques May sale at Heythrop Park on the 11th May.

It is extremely rare to be able to find real British classics with genuine low mileage and when we talk low mileage we are looking at two cars with under 10,000 miles, a 1975 Jensen Interceptor III and a 1962 Jaguar MKII 3.8 manual with Overdrive.

Continuing the British theme will be the 1956 Earls Court show car from Allard, one of six cars and a 1989 Railton F29 which is 1 of only 2.

A 1975 Jensen Interceptor MKIII with just over 9,000 miles and only three owners, is set to get bidders waving their paddles. This car looks likely to be your best possible opportunity of securing a low mileage, low ownership and never restored Jensen Interceptor. Supplied new in April 1975 in old English white with a red leather interior, this car has had just 3 owners and the current vendor had the car gifted to him by his father. The car has always been dry stored, never required any major work and has recently been lightly recommissioned by a highly regarded marque specialist. In time warp condition, this car represents a unique opportunity to own an Interceptor with all its original factory finishes intact, which include the fluted bonnet, burr walnut facias and Radiomobile. The Interceptor comes with its original toolkit, a substantial history folder with original documents, handbook, wealth of invoices and MOTs corroborating the indicated mileage. If you are a Jensen enthusiast or someone who collects the “Holy Grail” of classic cars then this has to be a must, estimated at £60,000 to £70,000.

For all Jaguar enthusiasts the MKII 3.8 is a real classic, but what makes this 1962 car even more so, is the fact it has just 8,725 miles on the clock and comes in manual with overdrive. The car has substantial history having started out in 1962 and used as a “Sunday car” before the owner passed away leaving his wife to care for the car. In the 1980s a lucky neighbour seized the opportunity to acquire the car before selling it on in the 1990s to the current vendor who had bought it for his father. Beautifully presented in opalescent bronze with cream leather interior which is gently patinated and siting on chrome wire wheels, this cars has been in storage for a fair proportion of its time. Beautifully preserved, with the doors shutting with a satisfying click and maintained by marque specialists, it is accompanied by all the original documents, handbooks, toolkit plus the article of the car as featured in Classic Cars. This really is a remarkable car and a wonderful opportunity to acquire a classic Jaguar in such condition with this low mileage at an estimated £45,000 to £55,000.

The 1956 Earls Court Motor Show saw Allard debut to the world, the prototype MKII Palm Beach, to much acclaim. But the show failed to generate enough orders and just six of these cars were produced, making it a super rare car to own. This prototype went on to become the Allard demonstrator before eventually going into storage in 1976 by Peter Hemsworth. The car was subsequently purchased by Alan and Lloyd Allard, son and grandson of Sydney Allard, who set about restoring the car. Lovingly restored to breath taking standards and presented in Carmine red with a cream and red leather interior, the car was displayed at the 2014 NEC Classic Car Show and subsequently featured in a seven page article including a road test in the January 2015 issue of Octane magazine. This is an important Allard, offered with a fascinating history file, restored by the descendants of Sydney Allard and some of the original factory engineers, offering a rare opportunity to own a unique piece of Allard history estimated at £75,000 to £95,000.

For something really unique, extremely limited and ultra exclusive, the 1989 Railton F29 Claremont, the brainchild of William Towns, designer of the DBS V8 and Wedge Lagonda. One of only two cars produced and based on the running gear of the Jaguar V12 XJS, this is a super sleek, aluminium bodied car produced by the newly formed Railton Motor Company. Priced at £105,000 new in 1991 this Claremont remained in the possession of William Towns until after his death in 1993. The current vendor has owned the car since 2006 forming part of a significant private collection and covered just 13,700 miles since 1989. It has been lovingly maintained and is accompanied by an interesting history file containing, road test reports, magazine articles and sale brochures. The Railton F29 Claremont is a unique opportunity to acquire an ultra exclusive reminder of William Towns legendary vision estimated at £60,000 to £70,000

Arwel Richards, Auction Manager for the Heythrop sale commented "The British Marques sale has some really significant cars being offered, with very interesting history of the British car industry.”

“We are delighted to be offering these four cars amongst our lots on the 11th May at Heythrop, which will undoubtably generate a lot of interest.”

“With a Classic Car sale the day before, with some equally rare and exotic cars, we are looking forward to a great weekend of sales.”

Silverstone Auctions are still accepting cars for the auction and can be contacted on 01926 691141 or email enquiries@silverstoneauctions.com and would be happy to talk with you and help you through the process of consigning your car.