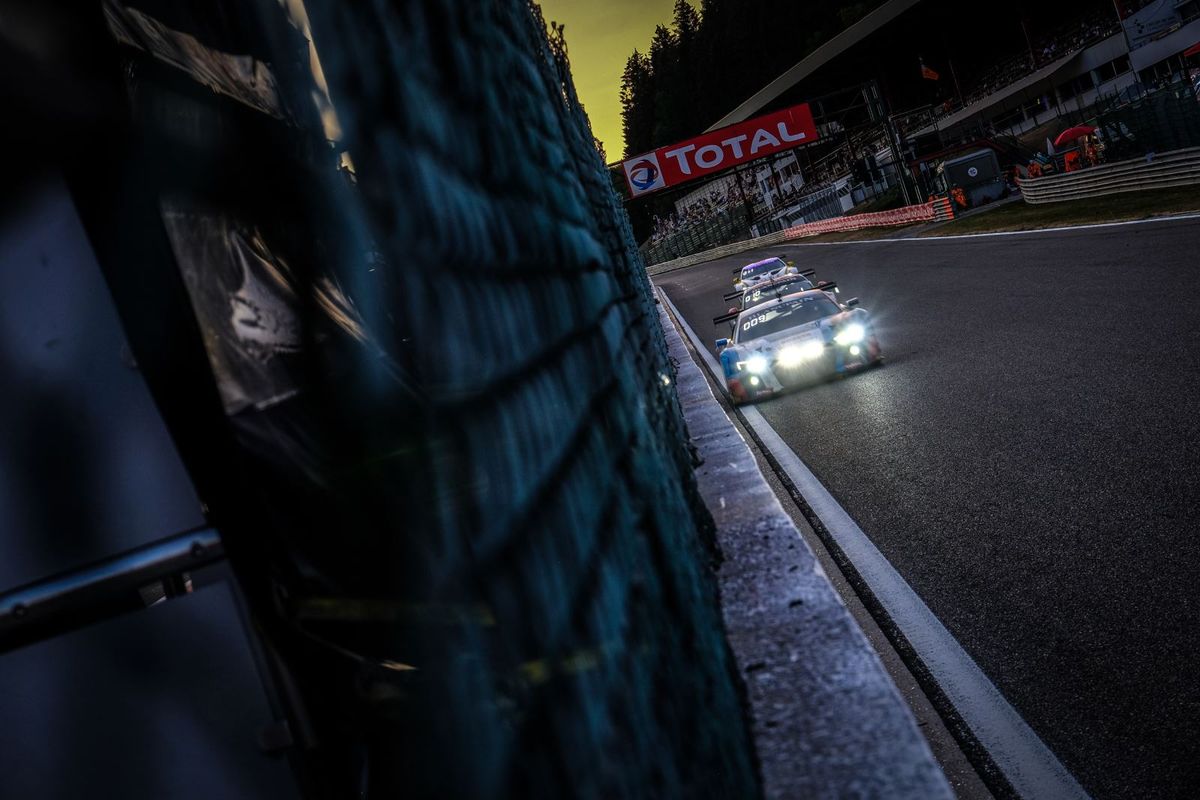 The world’s leading GT competitors will descend on the Belgian Ardennes this summer in the hope of securing one of the biggest prizes in motor racing: overall victory at the Total 24 Hours of Spa (25-28 July).

As the marquee event of both the Blancpain GT Series and the Intercontinental GT Challenge powered by Pirelli, the competition for outright victory on the iconic Spa-Francorchamps circuit is exceptionally fierce. The eventual winners will require a combination of first-rate equipment, exemplary teamwork, and plain good fortune.

11 leading automotive brands have already announced their participation in this year’s race, with yet more additions possible as the event edges closer. Their preparations are well underway and will step up a gear when the Blancpain GT Series Endurance Cup launches next weekend at Monza (13/14 April). With the clock ticking down to July, these are the brands that have thus far confirmed a Total 24 Hours of Spa assault.

Aston Martin
Synonymous with sports car racing success, Aston Martin will bid to add a second Total 24 Hours of Spa victory this year. The brand’s previous win came in 1948, when St. John Horsfall and Leslie Johnson drove a 2-Litre Sports to glory around the old 15km circuit.
The 2-Litre machine is a world away from the new Vantage GT3 that will tackle the 24 Hours for the first time this season. R-Motorsport will lead the attack with a three-car assault, while leading Blancpain GT Series outfit Garage 59 has also made the switch to Aston machinery.

Audi
Audi's reputation as a giant of GT racing owes a great deal to its recent exploits in the Belgian Ardennes. Indeed, with four wins from the past eight runnings, the Ingolstadt marque is the most successful brand of the event’s GT era.
A strong contingent of Audi squads will once again be among the favourites this summer, with Blancpain GT Series heavyweights Belgian Audi Club Team WRT and Sainteloc Racing leading the assault. They will do so with an upgraded car – the R8 LMS GT3 EVO – which the German brand hopes will add yet more Total 24 Hours of Spa silverware to its trophy cabinet.

Bentley
The iconic Bentley brand celebrates its 100th anniversary this year and will mark the occasion by launching its biggest Total 24 Hours of Spa assault of the modern era. The factory-linked M-Sport squad will field four Pro class cars, doubling its regular efforts from the Blancpain GT Series and Intercontinental GT Challenge.
Indeed, with a driver line-up that includes the experience of past Total 24 Hours of Spa winners Jules Gounon (2017) and Markus Palttala (2015), Bentley is well-placed to contend for the biggest prize in GT3 racing this summer.

BMW
The BMW brand is more closely linked with the Total 24 Hours of Spa than any other. A record 24 wins make it by far the most successful entrant, with dominance during the touring car era followed by yet more success throughout the GT period. Indeed, BMW machines have won three of the last four runnings at Spa-Francorchamps, including a one-two finish in last year’s race.
This season the brand will once again be represented by 2018 winner Walkenhorst Motorsport, which is set to field a brace of Pro class cars as part of its full-season assault on the Intercontinental GT Challenge.

Ferrari
Ferrari has enjoyed its share of success at the Total 24 Hours of Spa, securing wins in 1949 and 1953. More than half a century later, in 2004, the brand added its third triumph. This was a significant victory, too, as Lilian Bryner became the first woman to take outright victory in a major 24-hour race.
Ferrari remains a strong contender for overall glory thanks to the SMP Racing squad, which will once again field its 488 GT3 in the full Blancpain GT Series Endurance Cup. The brand is also popular across the classes and should be especially potent in the Pro-Am and Am Cup categories.

Honda
Honda returned to Spa last season after a 25-year absence, contending for Pro-Am honours with its NSX GT3. Now the Japanese manufacturer is bidding for outright victory with an upgraded machine, contesting the 24 Hours as part of its full-season commitment to the Intercontinental GT Challenge.
There will be further representation for the brand in the Silver Cup class thanks to a new alliance between Honda ambassador Jenson Button and Blancpain GT Series stalwart Team RJN. With its distinctive new livery, the car is sure to be a hit in the Ardennes this summer.

Lamborghini
A stalwart of the GT era, Lamborghini continues to pursue its first outright victory at the Total 24 Hours of Spa. It is well equipped to do so this year: the Italian marque clinched the Endurance Cup title in 2017 and is represented by a pair of highly accomplished teams in Grasser Racing and FFF Racing.
While overall success has thus far eluded the brand, Lamborghini has been no stranger to class victories. Last year Huracan GT3s triumphed in the Silver Cup and Am Cup categories, both of which will again feature several of the Italian machines this year.

Lexus
Japanese luxury brand Lexus made a strong debut at the Total 24 Hours of Spa last year. The one-lap speed displayed by its RC F GT3 was particularly impressive, with Albert Costa securing a place in the hotly-contested Super Pole session for Emil Frey Racing.
This term the brand will be represented by an alliance between Panis-Barthez Competition and Tech 1 Racing. Team co-owner Fabien Barthez is set to lead an Am Cup effort, while the French outfit could add further firepower for the season's marquee event.

Mercedes-AMG
Mercedes-AMG has secured three Total 24 Hours of Spa wins over a span of more than seven decades. The first came when Dimitri Djordjadze and Goffredo Zehender triumphed aboard an SSK in 1931, the earliest win for an active brand. There was more success in 1964 with the 300SE, while the most recent victory came in 2013 courtesy of an SLS AMG GT3.
The German marque will hope to add its next win without such a long interval. Indeed, with the reigning overall and Endurance Cup champions using Mercedes-AMG equipment, there is every chance of a fourth triumph in 2019.

Nissan
By triumphing in 1991 using its Skyline R32 GT-R, Nissan became only the second Japanese brand to win the Total 24 Hours of Spa, and it remains the most recent more than a quarter of a century later. This season it will be represented by Hong Kong-based outfit KCMG, as part of its full-season assault on the Intercontinental GT Challenge.
2019 will be the second season for the latest-spec GT-R Nismo GT3, which showed strong pace at Spa last year. KCMG will certainly hope to match the 1991 result, though perhaps the exact outcome will be difficult to replicate – after all, the Skyline won by an incredible 21 laps!

Porsche
With six victories Porsche is the third most successful brand in Total 24 Hours of Spa history and second only to BMW among active participants. Three consecutive wins from 1967 through 1969 were followed by more recent triumphs in 1993, 2003 and 2010.
The Stuttgart marque has bolstered its Endurance Cup effort this year, with ROWE Racing fielding a brace of full-season machines and further firepower set to be added for the 24 Hours. With programmes in both the Endurance Cup and Intercontinental GT Challenge, Porsche has signalled its intention to earn the biggest prize in GT3 racing this year.

Preparations for this year’s Total 24 Hours of Spa will begin on Monday 22 July, with the first track action taking place the following day. The festivities will continue on Wednesday 24 July with the annual parade to Spa town centre, quickly followed by practice and qualifying on Thursday and Friday (25/26 July).

The race itself will play out across Saturday and Sunday (27/28 July). A host of exciting support series will precede the main event, while further entertainment – including the Fan Zone and music concert – will run throughout the on-track contest.