Fancy a 'Roof of the World' Trans-Himalayan Adventure 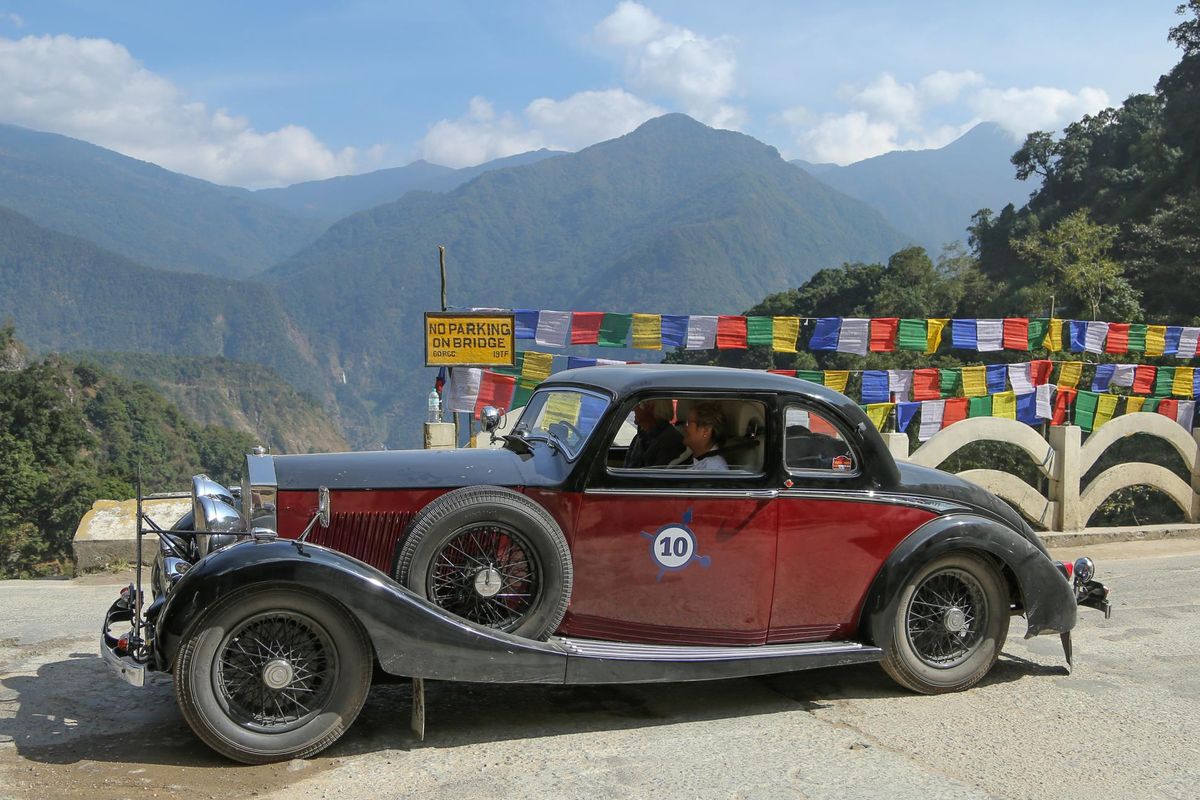 International rally experts Rally Round is heading for the ‘roof of the world’ for the inaugural Trans-Himalayan Adventure starting on 20th April 2019. A mixture of 20 crews driving classic, vintage and 4x4 cars will journey through China, Tibet, Nepal and India as part of an exhilarating high-altitude expedition to the Himalayas.

Rally Director Liz Wenman said: “We first visited the region in 2015 with the Thunder Dragon Rally but we are reaching new heights on this event. We have kept the entries limited due to the intense nature of the terrain as we head for the plateau of the Himalayas. This will be an unforgettable adventure for all involved.”

Of the 20 crews, seven cars are in the vintage category including three Rolls-Royces – a 1925 40/50 Silver Ghost and two 25/30 models, one from 1938 and the other a 1937 Coupe. David and Julia Little will be campaigning their 1925 Bentley Super Sports while John and Mary Reddington will be in their 1927 Nash Roadster. A pair of Alvis 4.3 complete the line-up, the 1937 model owned by Michael and Anne Wilkinson and the 1938 Tourer of Martin Tacon.

The four-week adventure will start in Chengdu, in the Sichuan region of China, before heading via Tibet and Nepal to the finish line in Kathmandu on 10th May 2019.

“While other events have travelled along the southern foothills of the Himalayas, we will be crossing the range from north to south,” adds Liz. “Our route is not for the faint-hearted – crews will drive at high altitude and tackle astonishing roads and mountain tracks as they visit the magical city of Lhasa, the lost Western Tibetan Kingdom of Guge, sacred Mount Kailash and Everest Base Camp.

“Along the way we will experience unimaginably beautiful landscapes, rare wildlife and amazing cultural sites ranging from ancient ruins to stunning temples and monasteries.”

The journey does not end in Kathmandu as some of the crews will then continue to Pokhara in Nepal and cross the border into India to the final destination of Varanasi.

Rally Round offers amazing adventures all over the world and has a full calendar up until 2021 and beyond. It creates unique events that combine the passion for historic motorsport with the adventure of global travel.