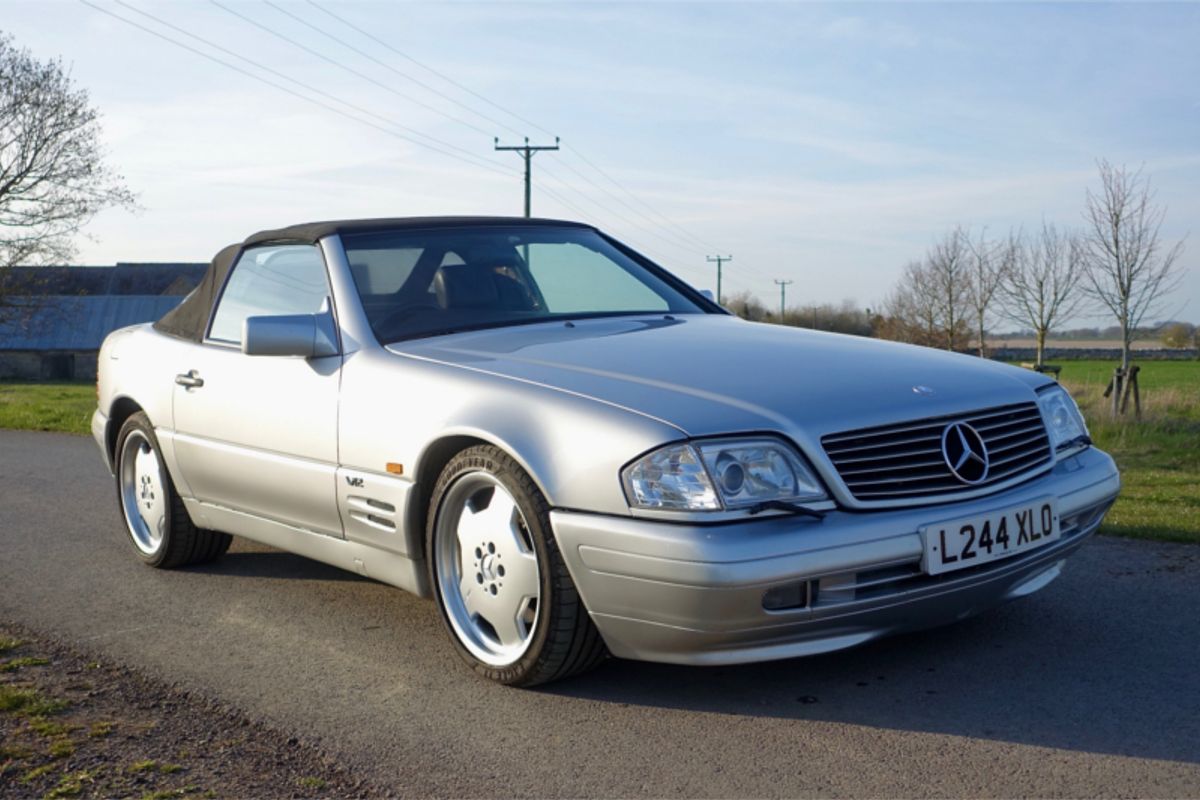 Amongst the lots at the Classic Car Auctions (CCA) sale on the 25th May are two cars from Harry Metcalfe of Harrys’ Garage, a stunning Porsche and very rare Jaguar XJR-S..

Harry Metcalfe, famous for his YouTube channel, Harry’s Garage and known for having an exclusive car collection is offering two cars, a 1993 Mercedes SL600 V12 famous for balancing a 50p on the running engine and a 1997 Lancia Kappa, an ex diplomatic car.

One of the Porsches being offered is the superb looking 1994 Porsche 911 (993) C2 RS Clubsport replica and also in the sale is a very rare 1988 Jaguar XJR-S Le Mans Celebration.

The Mercedes SL600 V12 was the flagship car in 1993 and a real powerhouse with its 6 litre V12 engine. The SL600 Harry is offering for sale has an intriguing history. It spent its early life, first 55,000 miles, in Rome before returning to the UK in late 1990s. Harry used this car in the South of France for parking at the airport and is famous for balancing a 50 pence piece on the engine whilst revving it to show how smooth the engine was after 140,000 miles! This is a fuss free and fully equipped luxury grand tourer with an extensive history file, now with 150,000 miles and a fresh MOT is being offered at an estimate of £8,000 to £10,000.

Harry’s next car is rather unusual in that it is a 1997 Lancia Kappa, a very rare turbo coupe, fitted with the Integrale engine. This was Lancia’s flagship car of the nineties. He has owned it for the past year, previously it was a diplomatic car in Poland prior to coming to the UK in 2005. Having had an engine rebuild at 173,000 km. and now has 237,000km on the clock, this car comes with all books, manuals, tools, spare keys, a fully stamped book to 165,428km plus all bills for the engine rebuild and servicing. Offered at no reserve, it’s a fantastic opportunity to acquire a very rare car.

One of the Porsches presented is the superbly looking 1994 Porsche 911 (993) C2 RS Clubsport replica finished in stunning dark metallic green with a black leather interior. This car is fitted with the complete colour coded RS Clubsport body kit and Speedline RS split rim alloys, with red callipers to complete the package. The Porsche comes with an extensive history file and has recently had all new adjustable coil over suspension with drop links. Estimated at £40,000 to £50,000 this is a lovely looking car.

With the Jaguar XJS seemingly attracting attention in recent times, what could be better to own than a limited edition XJR-S Le Mans Celebration. The car being offered is number 56 of 100, built in recognition of Jaguar’s victory at Le Mans in 1988. With only three previous owners and just 40,300 miles on the clock, finished in Tungsten with doeskin leather interior and a full service history and a fresh MOT prior to the sale, this is one very rare, collectable and sought after XJS estimated at £12,000 to £15,000.

Gary Dunne, Classic Car Auctions auction manager commented “Its great to have Harry consign a couple of his cars. He has a very large following on social media and the Mercedes has over half a million views on his YouTube channel.”
“The Porsche Clubsport looks stunning and the XJS is a rare beast, which I am sure will attract a lot of attention.”

Classic Car Auctions are still accepting cars for the auction and can be contacted on 01926 640888 or email enquiries@classiccarauctions.co.uk and would be happy to talk with you and help you through the process of consigning your car, alternatively you can also use their online Value My Classic service.