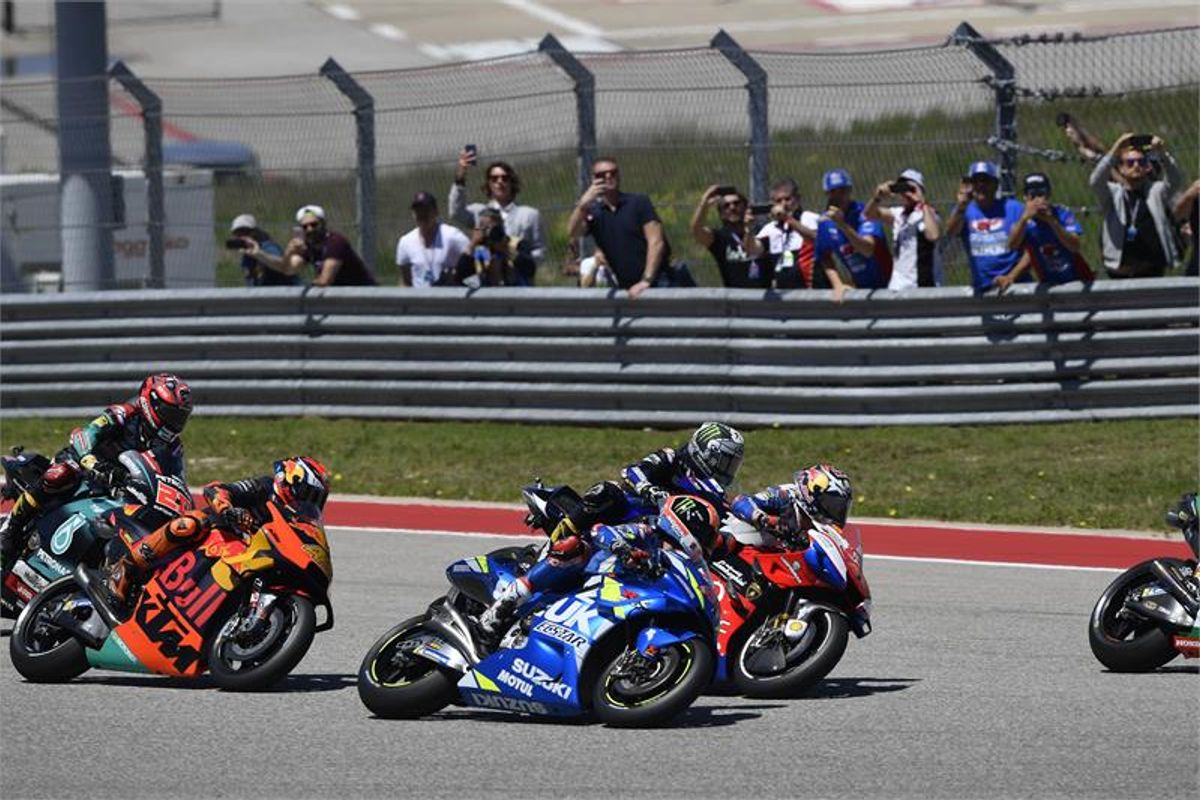 The Circuit of the Americas witnessed a drama-filled race 20 lap race, but Alex Rins immediately slotted into a Top 5 position and began to work his way up the field. The Spaniard felt confident with his GSX-RR, and with his usual smooth riding style he was able to remain cool while others around him fell foul of mistakes. Alex had already placed himself in a podium position, but was promoted to 2nd with 11 laps to go as Marquez crashed out.

Using excellent race craft, Rins planned a victory charge for the last few laps, before executing a great pass on Rossi to lead. Alex remained calm under pressure from the 9-time champion to earn his first ever MotoGP win.

Joan Mir, meanwhile, was feeling ready for the race after a positive morning warm-up session, but the rookie unfortunately jumped the start and was forced to complete a ride-through penalty whilst running in 13th place. Joan used the remainder of the race to learn and become further acquainted with his GSX-RR, finishing the GP in 17th place.

Ken Kawauchi - Technical Manager
“It was a great race. Our bike and Alex have both grown a lot in recent months, and we were finally able to show the results of these improvements. Joan made a small mistake today but he paid a big price. We’re looking forward to the next races with him because he’s learning fast. I want to thank Alex, the whole team, and everyone who is involved with this project on site and in Japan - today is a very happy day for Suzuki.”