Women behind the wheel in Top Fuel Dragster 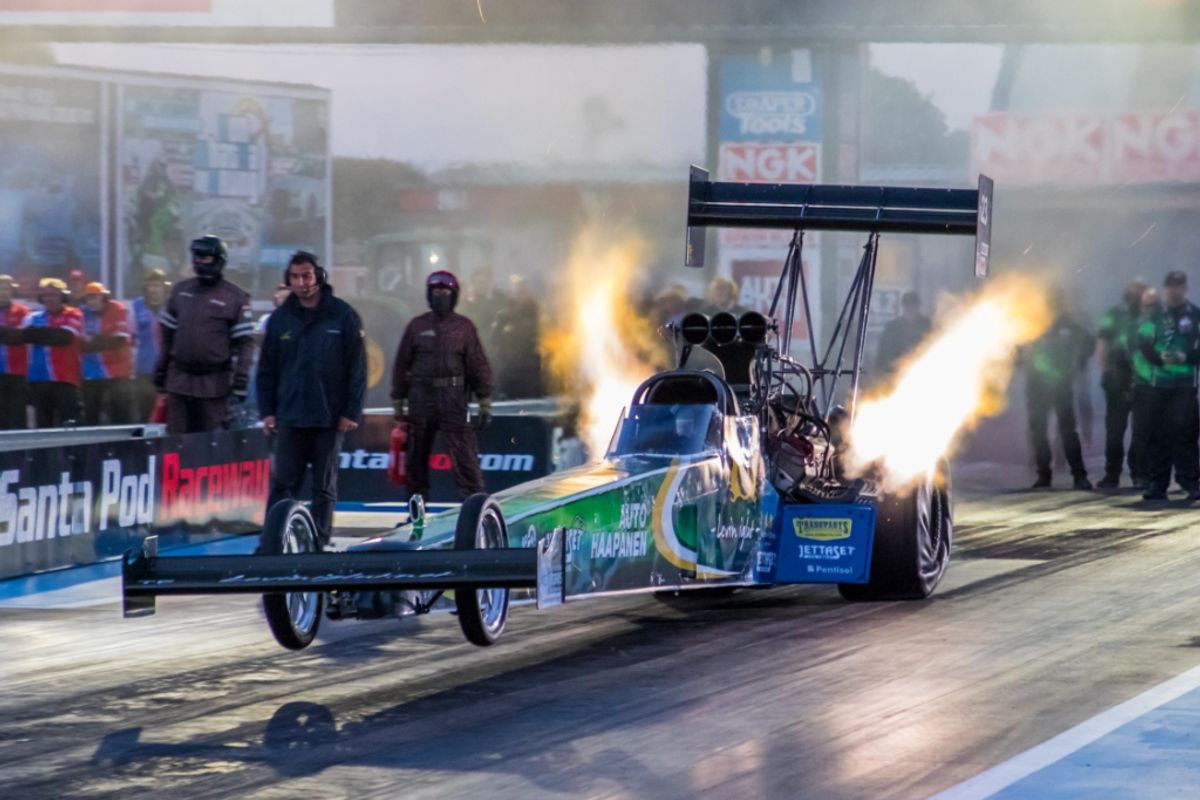 Attention has been paid of late to the success enjoyed by women participating in motor sport – or rather, the lack of it (Heather Calder and Jamie Chadwick being exceptions that prove the rule). An all-female circuit racing series, the W Series, has even been convened in an effort to boost visibility, opportunity and credibility.

Meanwhile in that branch of motor sport known as drag racing, a triple FIA European champion in the sport’s premier class, Top Fuel Dragster, is readying her bid for a fourth crown against the challenge of three female rivals. She’ll be battling a few men as well.

Women have been beating men to drag racing’s honours for decades – it’s 42 years since Shirley Muldowney won her first NHRA Top Fuel title in America. For a time in 2018, the Top Fuel champions on three continents were all female: Brittany Force in America, Kelly Bettes in Australia and Anita Mäkelä in Europe, not that you would know it from reading the general media. Too parochial a subject? FIA championships are hardly parochial.

Finland’s speed queen Mäkelä holds the European record for elapsed time over Top Fuel’s 1,000-foot racing distance, 3.870 seconds. With a career-best speed of 313.30mph, she can lay claim to being Europe’s fastest-ever woman driver. Already a double champion in Top Methanol Dragster, her initial Top Fuel title win in 2000 made her the first drag racer of either sex to hold FIA championships in two classes.

None of these accomplishments will matter when 2019’s FIA championship season kicks off over Spring Bank Holiday weekend during Santa Pod Raceway’s The Main Event. Mäkelä’s sunny personality wins friends away from the track but pleasantries cease once these 10,000-horsepower behemoths are fired up for action. Mäkelä sealed her 2018 FIA championship at last September’s European Finals, defeating Swiss rival Jndia Erbacher in an all-female final. Daughter of a multi-champion father, Jndia Erbacher cut her racing teeth in America. When her father, Urs Erbacher, decided to call time on his illustrious career, it was his daughter who defeated him in his final race.

Maja Udtian is the latest representative of the celebrated Islanders team, a quasi-cooperative of racers based on the Norwegian coast. Beginning as a child in Junior Dragster, the 21-year-old rose through the Sportsman ranks to make her Top Fuel debut in 2017, and embarks now on her first full FIA championship season. Sweden’s Susanne Callin ascended by a similar route to Top Fuel, where she earned a unique distinction as the world’s first 300mph teenager. Fourteen years of motherhood and family life followed, and now she resumes her career in the Top Fuel cockpit.

Yorkshire’s Liam Jones leads the male contenders. In his fourth FIA Top Fuel season, the ex-RAF bomb disposal expert drove his barely-contained explosion-on-wheels to a thumping maiden victory at Hockenheim last August. Career-best marks of 3.882 seconds and 313.00mph place him just a whisker behind Anita Mäkelä in the performance stakes and a trio of 3.9sec/300mph test passes at Easter emphasised his readiness to compete.

Top Fuel Dragsters are The Main Event’s headline act but there is a host of FIA/FIM and UK national championship classes in support, on two and four wheels, drawing some 250 entries from across Europe and sometimes beyond. The Main Event takes place from Friday 24th to Monday 27th May at Santa Pod Raceway, near Wellingborough (NN29 7XA). Please visit www.santapod.com for more information.