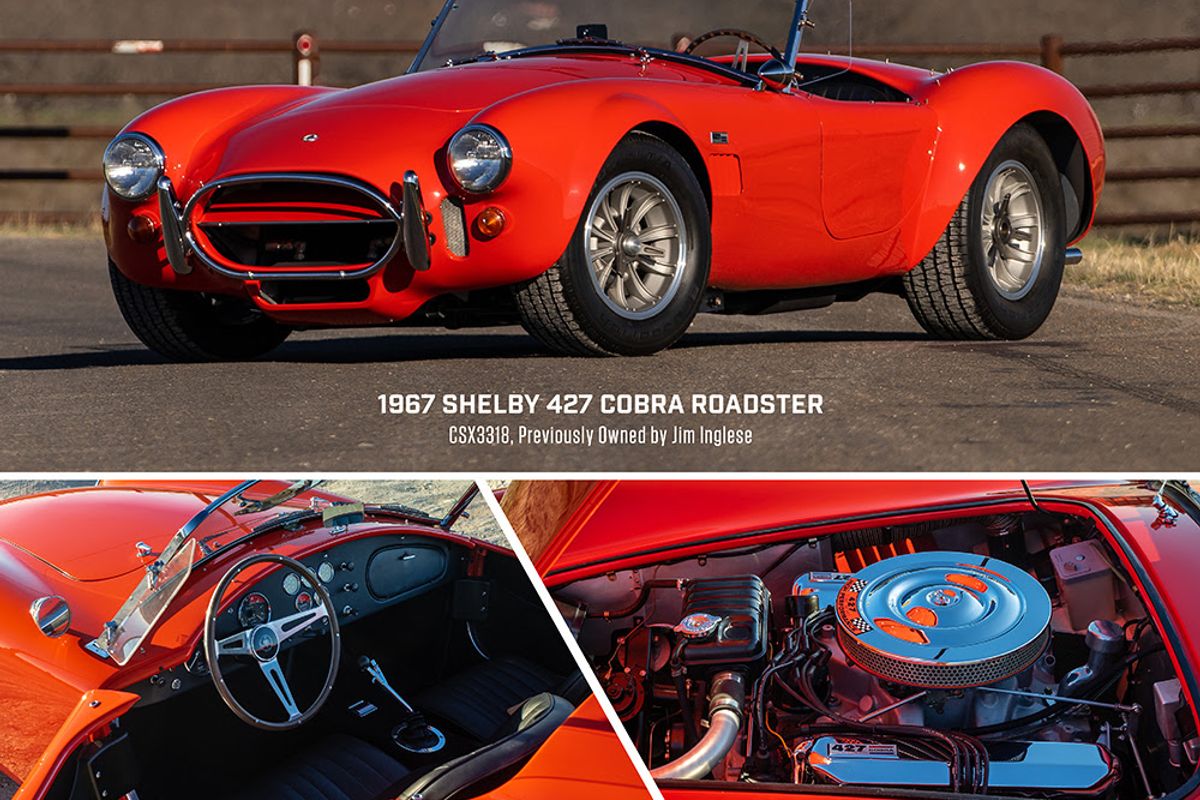 Much has been written over the years about the Shelby Cobra, especially in 427 trim like the car offered here. Its unadulterated track prowess, ongoing mechanical development and international attraction are part of that. The encroaching pressure of federal automotive regulations was what finally caused the storied import-based package to disappear from the marketplace. CSX3318 was invoiced to Shelby American on October 11, 1966, putting this 427-powered roadster into the exclusive company as a final-year example before Ford and Shelby American agreed to pull the plug on the AC-supplied body program.

If this car seems familiar, it could be because it was shown on the cover of “Car & Driver” in April 1981, as well as the epic Roger Huntington domestic production book “American Supercars.”

When Carroll Shelby awoke one morning in 1962 with the word “Cobra” scribbled on his bedside note pad, his mind had been dreaming about a name for his vision of a European sports car powered by an American V-8. Within two years, Shelby’s 289 Cobra was beating Corvettes to claim numerous road-racing championships and establish a legendary race history that continues to this day.

Surprisingly, however, the winningest competition Cobra in history is not a road-racer. CSX2093 was independently modified for drag racing and eventually won seven NHRA national events by storming the quarter-mile with 11-second ETs, establishing numerous NHRA and track records along the way. CSX2093’s legendary history is documented by a full-page narrative in the official Shelby Registry.

This 1965 Shelby Cobra Roadster, Serial No. CSX2588, holds a special place in Cobra history as the last Shelby 289 Cobra sold to the public and the penultimate built.

Opportunities to own truly significant automobiles can often prove fleeting, and the availability of CSX2588 could be a landmark sale. That is because CSX2588, constructed in 1965, is the very last 289 Shelby Cobra sold new to the public and the second-to-last example built, the final example having been retained by the Carroll Shelby family since new. It is also the last 4-speed 289 Cobra Roadster built, as the final car, CSX2589, was fitted from new with an automatic transmission personally for Carroll Shelby.