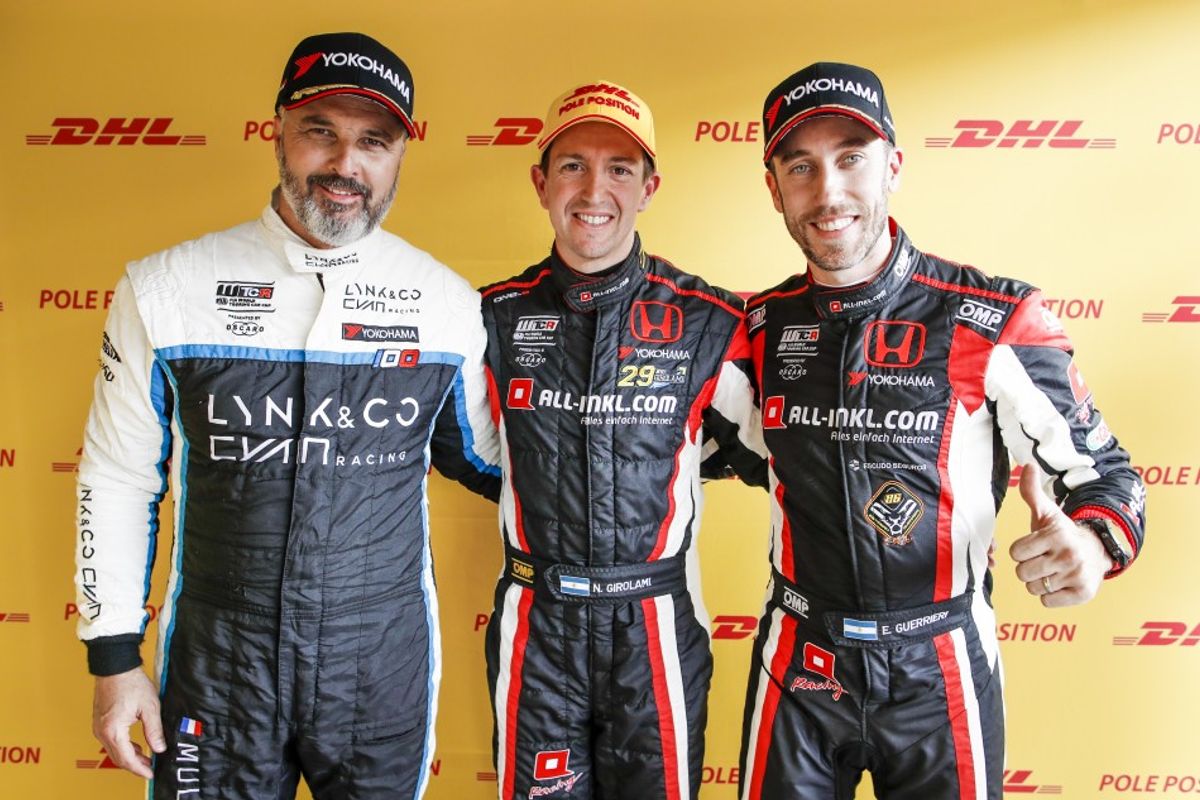 Néstor Girolami set a last-gasp best lap to land his first DHL Pole Position at WTCR Race of Hungary after topping the qualifying session for Race 1 at the Hungaroring.

“Congratulations to all the team,” said a delighted Girolami, who topped Free Practice 1 on Friday and was also quick in the Saturday morning session. “They have done a fantastic job all weekend. I had the pace to fight for pole position, but missed one lap because of exceeding track limits. But my last lap was fantastic.”

“It was not enough,” said Muller, who had topped the times since the first half of the session. “I was quick, but I didn’t improve.”

Behind the top two, Esteban Guerrieri backed up ALL-INKL.COM Münnich Motorsport’s strong pace at the Hungaroring by jumping up to third fastest, despite losing two lap times to track limit violations – as did a number of other drivers down the field. “My engineer was a bit stressed,” he said. “He told me a hundred times to watch the track limits, but it is not easy when you are battling for a few tenths.”