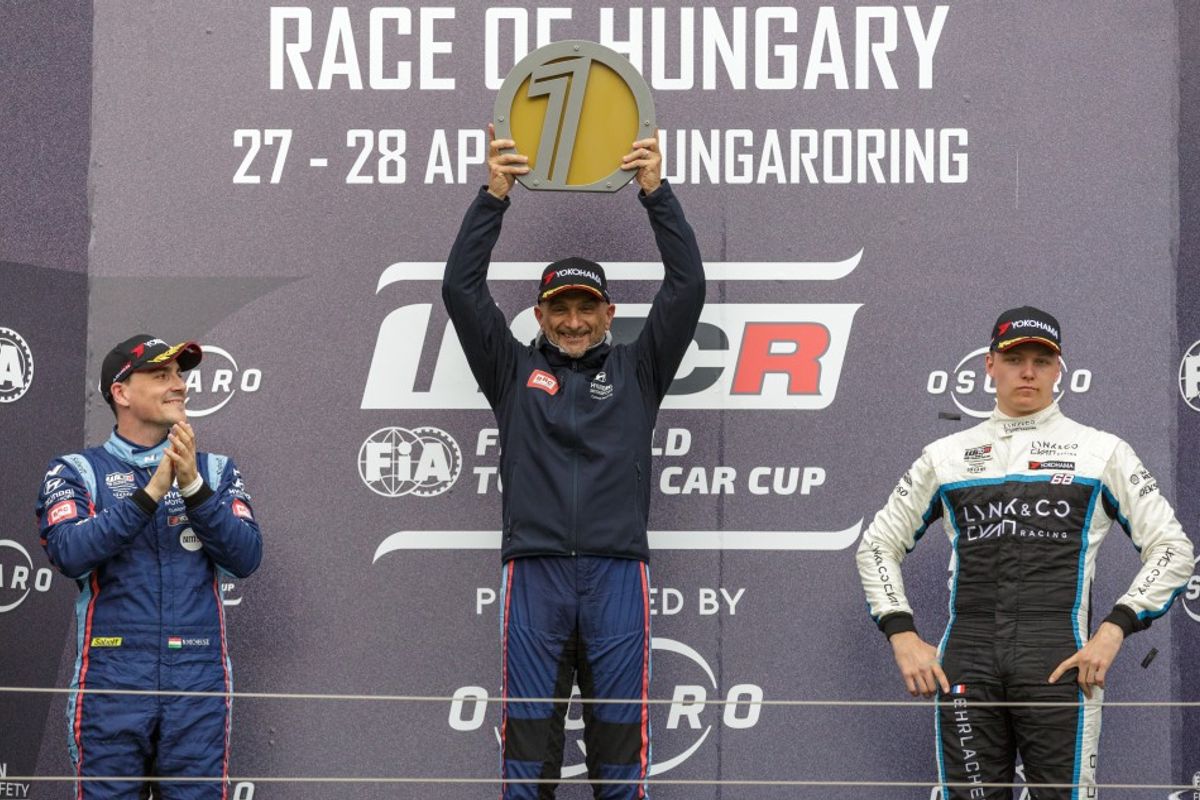 “He lost power,” Tarquini explained. “After that I just had to control the pace. My car was fantastic. There was a small amount of water [rain], but the tyres were okay and the balance was exactly how I wanted it, so thank you to the team and Hyundai.”

He also expressed sympathy for Michelisz, who missed out on a victory in front of his home fans. “I’m really sorry for him,” said the Italian. “Last year we finished in the same order and I know how much he wanted to win here.”

At the start, front row starter Guerrieri got the drop on DHL Pole Position man Michelisz, who lost a further place to Tarquini at Turn 2 after the inaugural WTCR / OSCARO title winner made it through on the outside line in a move that would prove decisive.

Guerrieri lost his lead to the two Hyundais on lap five when he momentarily slowed. The Honda then crashed out from third place at the final turn on lap 11 with an apparent brake problem. Guerrieri nosed into a barrier and the accident enforced a safety car interlude.

Action resumed on lap 15, but an accident for Team Mulsanne’s Kevin Ceccon in his Alfa Romeo Giulietta TCR meant the race finished under the safety car.

Behind the top two, five other customer racing brands filled the top 10 as the #WTCR2019SUPERGRID put on another intense and tight show.

Thed Björk was fifth in his Lynk & Co, ahead of Race 1 and 2 double winner Néstor Girolami who leaves Hungary with the WTCR / OSCARO points lead on the #RoadToMalaysia. He held off SLR VW Motorsport’s Rob Huff for sixth, with Augusto Farfus, Nicky Catsburg and Jean-Karl Vernay completing the top 10.

There was misfortune for Race 2 podium finisher Daniel Haglöf, who dropped out of ninth place in his PWR Racing Cupra with a puncture. Meanwhile, Yvan Muller was handed a drive-through penalty for first-lap contact with his team-mate Andy Priaulx and later pulled into the pits to retire his car.