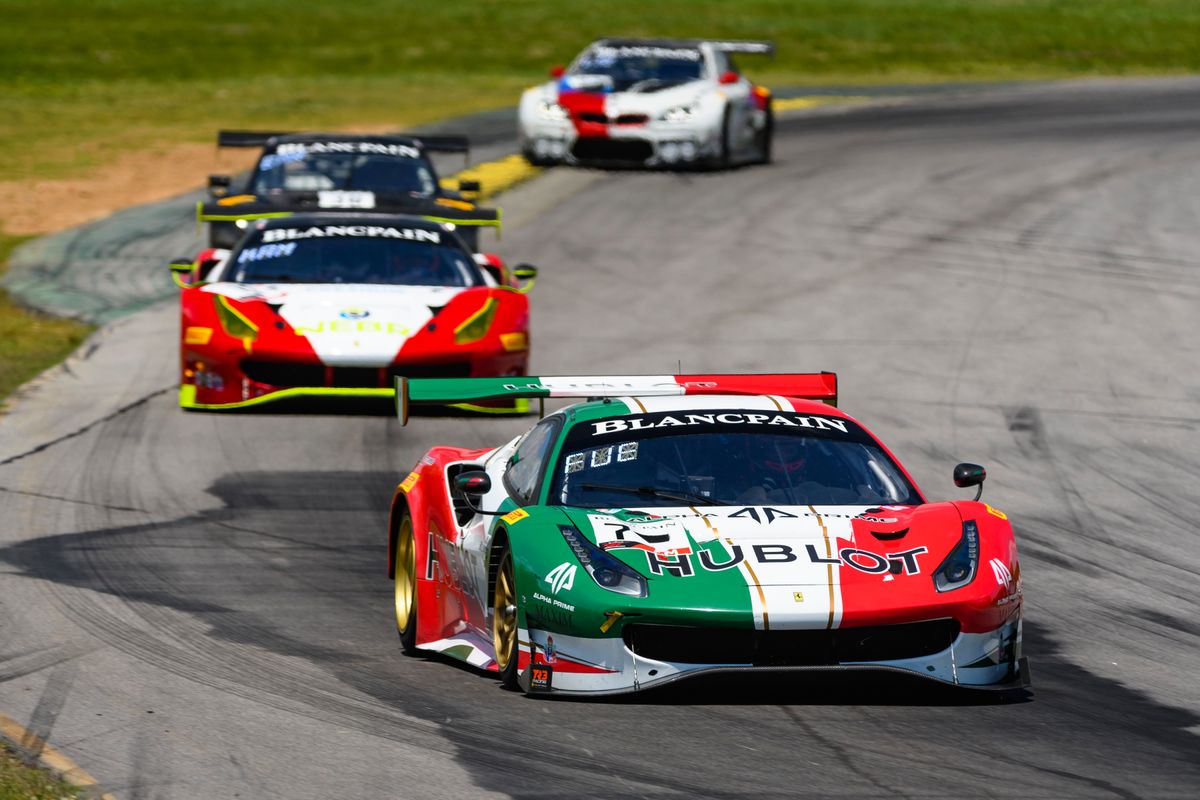 Pro. Miguel Molina was running second in the No. 61 Ferrari of Ontario/Toronto/Alberta Zekelman Industries Ferrari 488 GT3 started by Toni Vilander when he pitted on lap 38 with 21 minutes remaining to replace the left-rear tire. Molina returned to the race in sixth, but fought back to take fourth on the final lap of the event to secure valuable points.

Vilander started the race second and was forced wide in the first turn while making a bid for the lead following the start. Dropping to fifth position, Vilander improved to third prior to his pit stop. While R. Ferri Motorsport lost time on the driver change during Saturday’s race, the team executed perfectly on Sunday to put Molina back into the event in the second position. The Ferrari driver managed to hold off two competitors throughout his stint before the unscheduled visit to the pits.

Molina and Vilander finished third in Saturday’s opening race of the weekend as the R. Ferri Motorsport duo unofficially lead the championship by two points after four of 14 races.

Pro-Am. After combining for a run to fourth on Saturday, Matt Plumb and Alfred Caiola finished fifth in the Pro-Am class on Sunday, co-driving the No. 99 One11 Competition Ferrari 488 GT3. The result marked the best weekend of the season to date for Plumb and his co-driver, Ferrari Challenge graduate Caiola.

Am. Squadra Corse captured its fourth-consecutive Am class victory of the season. Martin Fuentes and Caesar Bacarella led from the start in the No. 07 Ferrari 488 GT3 to give the defending championship team its 13th triumph in the last 14 races. Christopher Cagnazzi and Brian Kaminskey placed second in the class in the No. 19 One11 Competition Ferrari 488 GT3, giving the team back-to-back runner-up finishes at VIR for the first-year duo of Ferrari Challenge graduates.

Mosport next. The next race for the Blancpain GT America will be at Canadian Tire Motorsport Park in Bowmanville, Ontario, on May 17-19, headlining the Victoria Day SpeedFest at the track formerly known as Mosport Park.