MotoGP star Dovizioso to race for Audi in the DTM 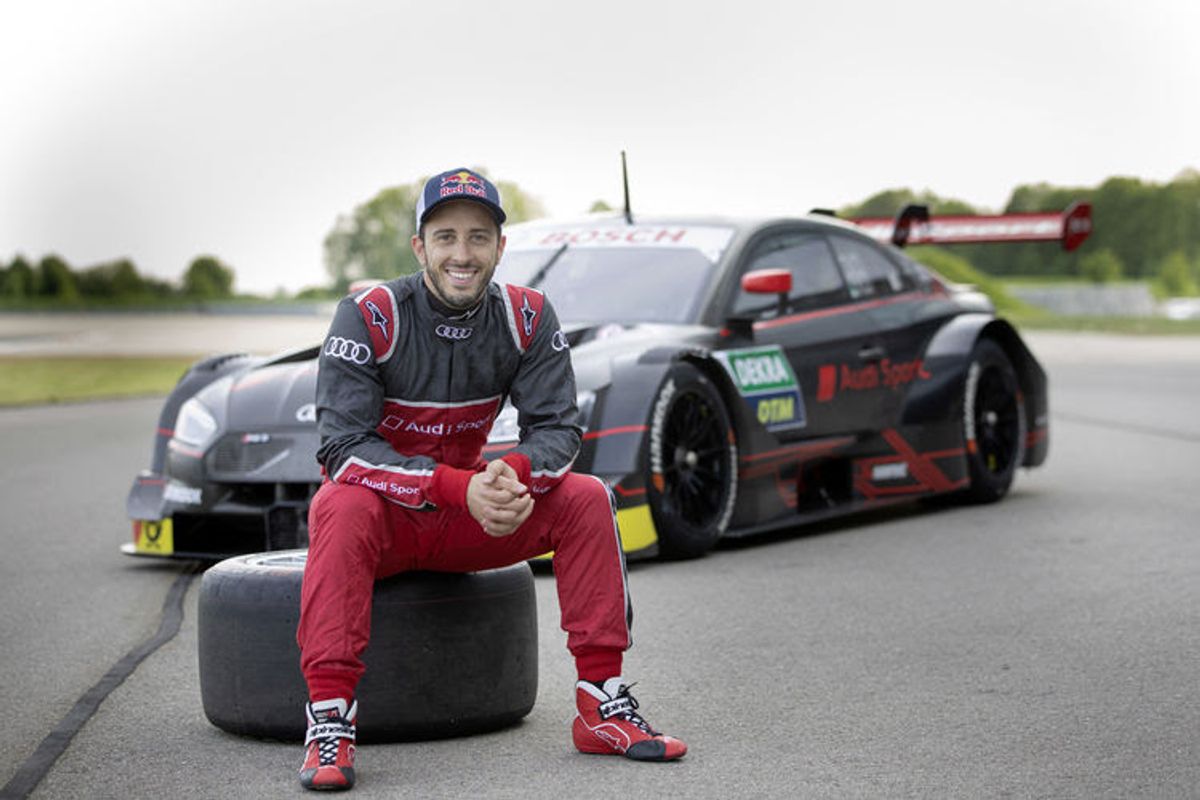 MotoGP 2017 and 2018 runner-up as guest driver in the DTM races at Misano
Ducati factory driver to swap his Desmosedici GP for the Audi RS 5 DTM
Dieter Gass: “A big thing for the DTM and for motorsport in general”

A prominent guest driver at Audi Sport in the DTM: For one weekend, Italian motorcycle star Andrea Dovizioso (33 years old) is going to switch from his Ducati Desmosedici GP into the cockpit of an Audi RS 5 DTM. The MotoGP 2017 and 2018 runner-up will contest the two DTM races at Misano (Italy) on June 8 and 9.

“I’m delighted that in Andrea Dovizioso we managed to get a real superstar to race as a guest in the DTM,” says Head of Audi Motorsport Dieter Gass. “MotoGP riders are true heroes in Italy. Andrea hails from the Misano area, won the Motorcycle Grand Prix there last year and is going to attract many additional fans. We’re already extremely excited to see how he’s going to fare in his DTM debut. That he’s taking time out for the DTM between two MotoGP races is fantastic and not to be taken for granted at all. I’d like to particularly thank Ducati’s CEO Claudio Domenicali and Luigi Dall'Igna, General Manager of Ducati Corse, who agreed to this guest entry. That’s a big thing for the DTM and for motorsport in general.”

With 13 Grand Prix victories and 53 podium finishes to his credit, Andrea Dovizioso is currently one of the most successful MotoGP riders. In both of the past two years, the Italian finished runner-up in the world championship with Ducati. After four of 19 races in the 2019 season, he is ranked in third position of the MotoGP standings, with just a three-point deficit to the leader Marc Márquez. On making his DTM debut, Dovizioso is now following in the footsteps of famous motorcycle racers like John Surtees, Mike Hailwood and Johnny Cecotto, all of whom were successful on two and four wheels – Cecotto also in the DTM.

“I love cars and I feel lucky to be able to race with the Audi RS 5 DTM,” says Andrea Dovizioso. “It’s tough to find the time to prepare for it during the MotoGP season but I am really looking forward to compete in such a high-level context as the DTM. The car is amazing, but it’s a different challenge compared with my Desmosedici GP and I need to get prepared, so I did many laps in the simulator before stepping into it for the first time. Misano is a special track for every Italian driver and the place where I scored an incredible win last year so I'm very excited and thankful for this opportunity.”

The MotoGP star gathered initial experiences in the Audi RS 5 DTM at Audi’s Competence Center Motorsport in Neuburg a. d. Donau on Tuesday following the DTM season opener. Before his DTM debut the Ducati factory rider will have the opportunity to test in the more than 610-hp Class 1 race car at Misano World Circuit Marco Simoncelli on May 22/23.

At Misano, Dovizioso will race in the WRT Team Audi Sport customer team replacing Pietro Fittipaldi. The Brazilian, who in his DTM debut at Hockenheim instantly scored a point and set a new DTM lap record, will have to skip Misano due to a calendar conflict with the Formula One Grand Prix in Canada.