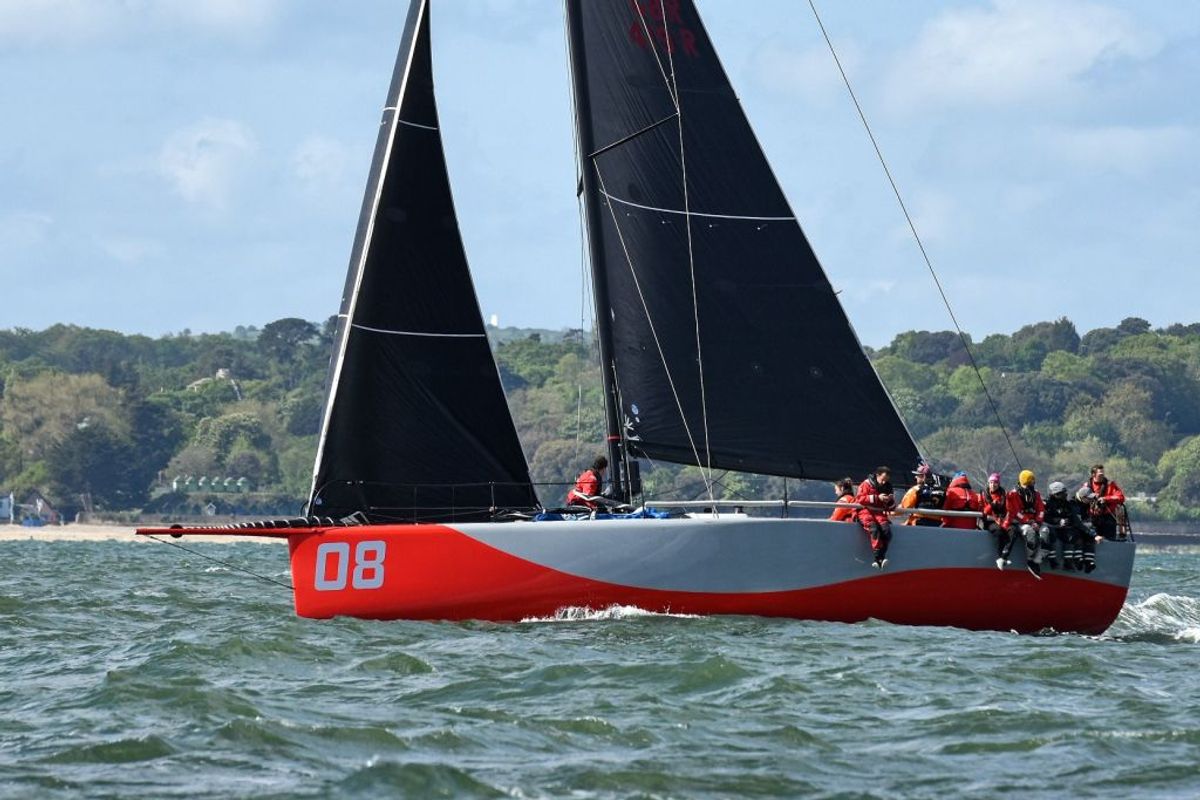 A bitter northerly wind, with squalls gusting over 30 knots, produced a challenging race for the impressive fleet of 108 boats. Starting from the Squadron Line, the fleet headed east out of the Solent passing No Man's Land Fort and into the open waters of the English Channel. After passing south of the Nab Channel, the fleet headed east, blast reaching to Owers, followed by an upwind leg to Littlehampton Outfall. Cracking sheets and hoisting downwind sails, the fleet headed south for a 77 mile dead-run across the English Channel. An energy sapping upwind leg of over 20  miles, from Cussy Buoy to the A5 Buoy, further tested the fleet, before a downwind section to the finish.

Summary from a Racecar staff member who took part in the race last weekend:

- Cold Northerly wind - gusting to 30 + knots - meant it was challenging for what in RORC offshore racing terms is a mere "Sprint" race.

- Headsail blown out before we left Solent and a sail bag was washed over the side and the main instrument display packed up.

- Bumpy beat to Littlehampton - windy but at least the Sun put in an appearance..

- Downwind blast to French coast - arriving at night in gusty and choppy conditions.

- A beat in a confused sea in the early hours for 18 miles was a proper test for wet weather gear and weary crews.

- We arrived after over 25 hours of racing - approximately 197 miles recorded on log for a couple of beers, some food and a shower before later that day starting a 19 hour motor back to the Hamble - involving a prop getting temporarily getting fouled 2 hours out of Le Havre.

- Cervantes Trophy was part of our Fastnet training programme - if the main race is in effect 5 days of this - it is doubtless a serious project to do the race....

- Next Qualifier is the RORC Myth of Malham on the 25th of May - twice the distance of the Cervantes to the Eddystone Lighthouse and back - hopefully without a freezing Northerly wind!