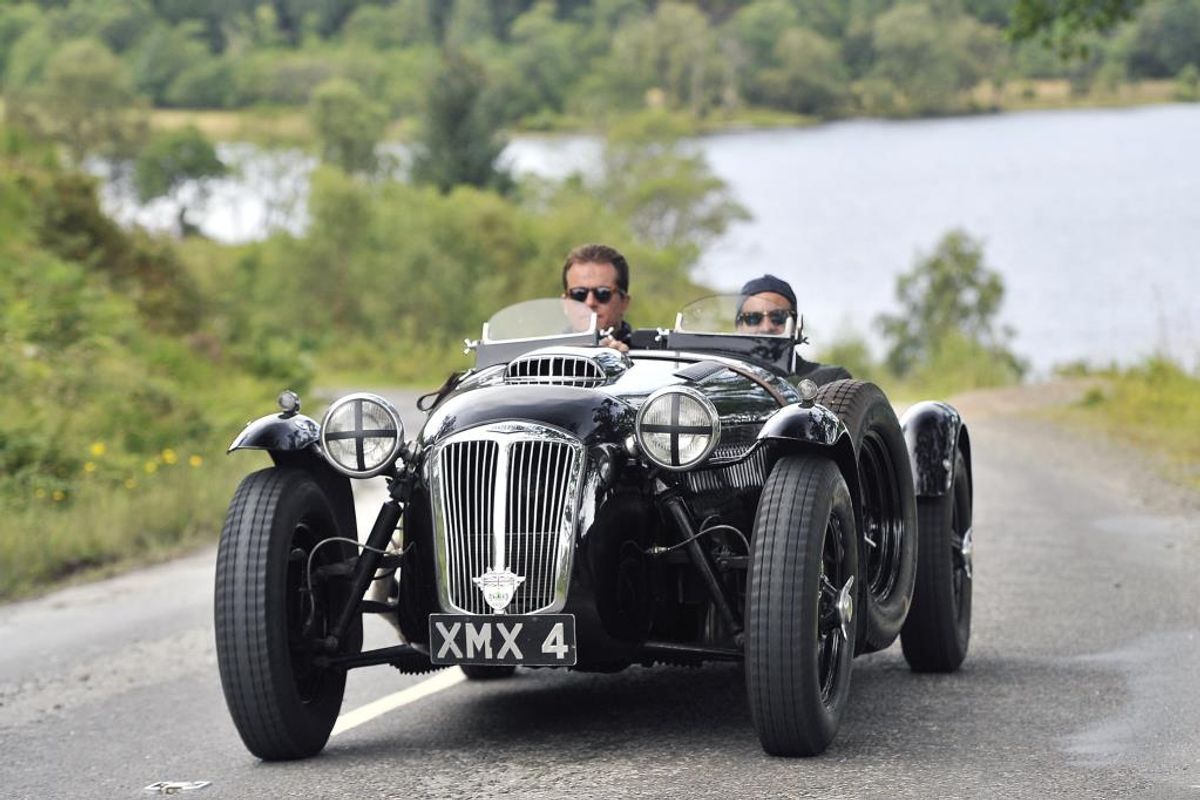 London Concours will pay tribute to some of the greatest ‘lost’ car manufacturers, with a special class at this year’s event
The new ‘Lost Marques’ class will host a display of legendary Alvis, Gordon Keeble, Iso, AC, Frazer-Nash and Trident models
Rarities on display include a one-of-39 Trident Clipper – originally destined to be a TVR flagship and a one-of-14 AC 16/80 ‘Sloping-Tail’
Hosted at the Honourable Artillery Company HQ from 5-6 June, the London Concours is the capital’s finest automotive garden party

With just under a month to go, the last few tickets are still available from www.londonconcours.co.uk
The London Concours, presented by Montres Breguet, will be celebrating some of the world’s greatest ‘lost’ car manufacturers, with a special class full of automotive names lost to the sands of time. The ‘Lost Marques’ class is an homage to names like Alvis, Frazer-Nash, AC, Trident, Iso and more.

But such is the quality of cars on display at London Concours, that the ‘Lost Marques’ cars must also be incredibly rare. Only 413 examples of the beautiful Bertone-designed Iso Grifo were ever built, combining elegant Italian style and raw American muscle. With engines borrowed from the Chevrolet Corvette the Grifo was, at the time, one of the fastest production cars in the world, capable of well over 140mph. The example at London Concours is the most powerful Grifo GL 365 variant.

Rarer still is the Frazer-Nash Le Mans Replica on display at London Concours, one example of just 50 produced. With a dependable six-cylinder Bristol engine under the bonnet, the Le Mans proved to be enormously successful in period, notching up wins at the Targa Florio in 1951 and at Sebring in 1952. The car on display at London Concours was bought new by the man that ran Bristol Cars for more than 50 years, Tony Crook.

The little-known Trident Clipper V8 was originally intended to be TVR's range topper, the TVR Trident, and was featured in early TVR brochures and adverts. Powered by the Ford 289 engine and clothed in an elegant body styled by ace designer Trevor Fiore (who was later Director of Design for Citroen), it was blisteringly quick; 0-60mph took just 5 seconds! TVR’s financial difficulties led to Trident being set up as a separate company, producing a total of 39 cars, one of which is coming to London Concours.

The AC 16/80 on display is the very first of just 14 'Sloping-Tail' examples, and the actual 1938 London Motor Show car. It’s appearance at London Concours will be the first time this car has been publicly exhibited since its export to the USA in the 1960s.

Then there’s the arguably unique Alvis Graber Super Cabriolet, the very car displayed at the 1965 Geneva Auto Salon, and ordered as a special commission by Julian Oishei, the man credited with bringing the windscreen wiper to the world. With its all-aluminium coachwork over traditional ash frame it’s an intriguing blend of craftsmanship and innovation.

With an offering of nearly 100 automotive icons from the modern day to the early 20th Century, the Honourable Artillery Company’s glorious five-acre lawn will be transformed into a motoring utopia between 5-6 June. But London Concours is not just about the cars on display; it’s an automotive garden party complete with art from Collier Dobson and Ella Freire, drinks from Rémy Martin and Veuve Clicquot, and fashion from Mason & Sons.

Andrew Evans, London Concours Director, said: “Car manufacturers do come and go, but before they fade away they always leave an indelible mark on the industry. Many of the cars in our ‘Lost Marques’ class are beautifully designed, ingeniously engineered and contemporarily revered. In short, they deserve to be celebrated! For us London Concours is the perfect place to do that; our event is an ode to the finest craftsmanship and design, not just in automotive, but across fashion, horology, art and more.”