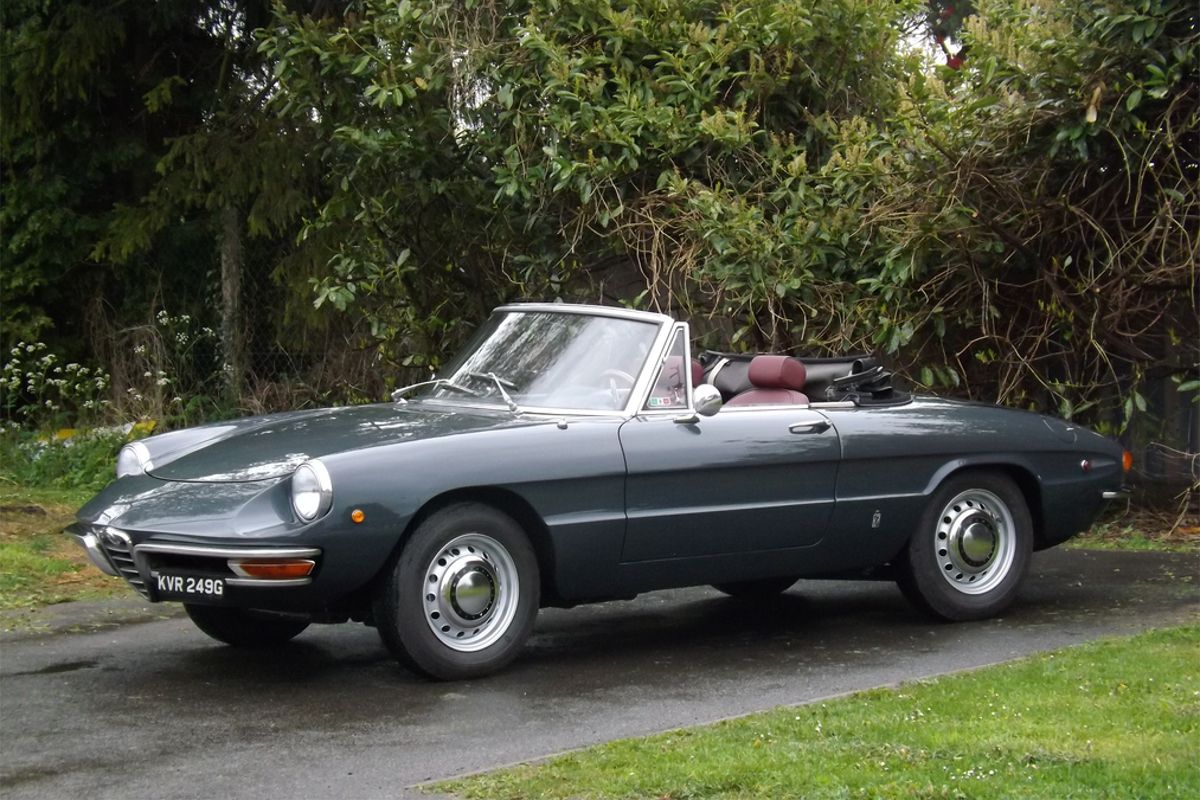 As the closing date passed, Classic Car Auctions announce a full house of cars, with 151 lots going under the hammer at the Warwickshire Event Centre on the 25th May.

Among the superb lots, which include a number of celebrity cars from Rowan Atkinson’s Mercedes 500 E, to a lovely 1969 Alfa Romeo Duetto Boat-Tail Spider, once owned by John Squires of the Stone Roses. He was the first owner who imported the car and since arriving in the UK in 2001, it was then restored to a very high standard, with a comprehensive history file of the work undertaken and invoices to John Squires. Now finished in period grey with a burgundy leather interior it is being offered for an estimate £26,000 to £30,000.

Gary Dunne, Classic Car Auctions sales manager commented: “We are absolutely delighted that Rowan Atkinson CBE has chosen Classic Car Auctions to sell his Mercedes. We are often asked to sell cars on behalf or directly for well-known individuals. This is a special car for him and offered at No Reserve. It has created a lot of interest, as all of his cars usually do.”

“We also have a couple of other cars with interesting celebrity connections such as the lovely Alfa and also two cars from Harry Metcalfe of Harry’s Garage.”

If you are after a two-seater for the summer and maybe something a bit more modern, a 1999 BMW Z3M Roadster is being offered in a stunning colour combination of Estoril Blue with a blue and silver nappa interior. With just one owner from new and only 6,000 miles on the clock and 15 miles travelled since its last major service, this car is one for the discerning collector. Estimated at £28,000 to £32,000.

A really wonderful classic is this 1964 Mercedes 230 SL ‘Pagoda’, which has been in a family ownership for the last 43 years and dry stored from 1976 to 2004. Presented in light red with a black Pagoda hard top, this car has been maintained rather than restored, with around £22,000 spent in recent years. The current vendor who is a member of the same family and has used the car since, is now offering it for sale estimated at £38,000 to £44,000.

And for a true classic, a 1971 Porsche 911 T. Imported from Orlando, Florida in 2016 with an indicated 17,700 miles. This car has been fully restored over the last three years, repainted in Sepia Brown and has been fitted with the larger capacity 2.7 litre engine. It has a full UK history, but nothing from its time in the USA, making this car great value at £50,000 to £60,000.

Gary Dunne commented further: “This 1970s Porsche 911T is the car of my childhood and great looking Porsche. Alongside the BMW Z3M we also have a pair of BMW M3s, one each from different decade.”

“With 151 cars consigned and a valuation of around £2,000,000, we are looking forward to a great auction with full restoration projects to genuine and original examples being offered at the Warwickshire Event Centre on the 25th May.”