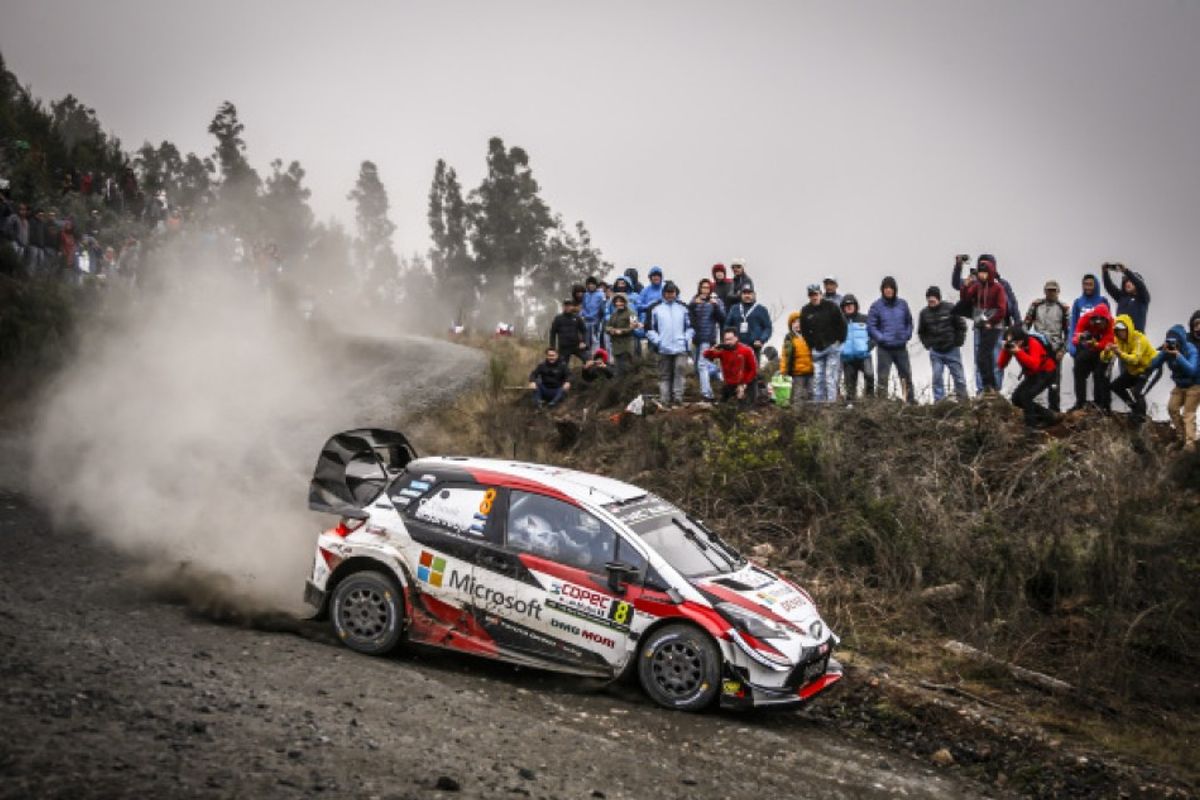 Estonia’s Ott Tänak & Martin Järveoja wrote their name in the history books on Sunday as the inaugural winners of Rally Chile, round six of the FIA World Rally Championship.
The Toyota Yaris WRC duo led from the second timed test on Friday morning, managed their pace and conserved the car perfectly to win six of the 16 special stages and earn a winning margin of 23.1 seconds.

Tänak’s eighth career FIA WRC win and a sixth with the Toyota World Rally Team was his first since Rally Sweden in February. He moves up to second in the Drivers’ Championship, 10 points behind Sébastien Ogier with the Power Stage win, and that means the leading trio in the championship have now taken two wins apiece so far in this enthralling 2019 season.

New championship leader Ogier claimed victories in Monte Carlo and Mexico and Thierry Neuville arrived in Chile with back-to-back wins in Corsica and Argentina before his massive crash here on Saturday.
Citroën’s Ogier became locked in a fascinating duel with nine-time World Champion Sébastien Loeb for second place. Separated by 5.1 seconds at the start of the day, the gap was 4.6 before the Power Stage, but the six-time champion held his nerve to seal the three extra championship points for the runner-up spot and four more for second on the Power Stage.

Norway’s Andreas Mikkelsen could not follow up his fine result in Argentina with a top five in Chile and the Hyundai driver had to be content with seventh.

Toyota’s Kris Meeke fought back strongly from his roll on Saturday and managed to climb from 10th at the start of the day to eighth, the Ulsterman passing the R5 cars of Kalle Rovanperä and Mads Østberg on his way to valuable championship points.

But Meeke was handed a one-minute time penalty by Rally Stewards on Sunday afternoon and that has dropped the Toyota driver from eighth to 10th in the overall final classification. The crew removed their damaged windscreen in the control area between TC8 and the start of SS8 - deemed to be in a Parc Ferme area – while this should have been done on the road section.

Finland’s Jari-Matti Latvala lost his chance of claiming a podium with a driveshaft breakage on SS12 on Saturday, but he returned to action to earn three Power Stage points.

Finland’s Rovanperä had done enough on day two to see off a FIA WRC 2 Pro challenge from Norway’s Østberg, the young Škoda Fabia R5 driver confirming the category win by the margin of 23.6 seconds. England’s Gus Greensmith and Bolivian Marco Bulacia finished third and fourth, but Greensmith had done enough to snatch the championship lead.

The FIA WRC 2 category win was settled in Takamoto Katsuta’s favour when Chilean driver Alberto Heller left the road at speed on SS14.

The Japanese Ford Fiesta R5 driver and British co-driver Daniel Barritt reached the finish 3min 06.1sed clear of Benito Guerra, but the Mexican’s consolation was maintaining his championship lead. Argentina’s Martin Scuncio looked set for third but did not start the penultimate stage.