Thruxton to host BTCC and Motorsport Celebration over two-week period 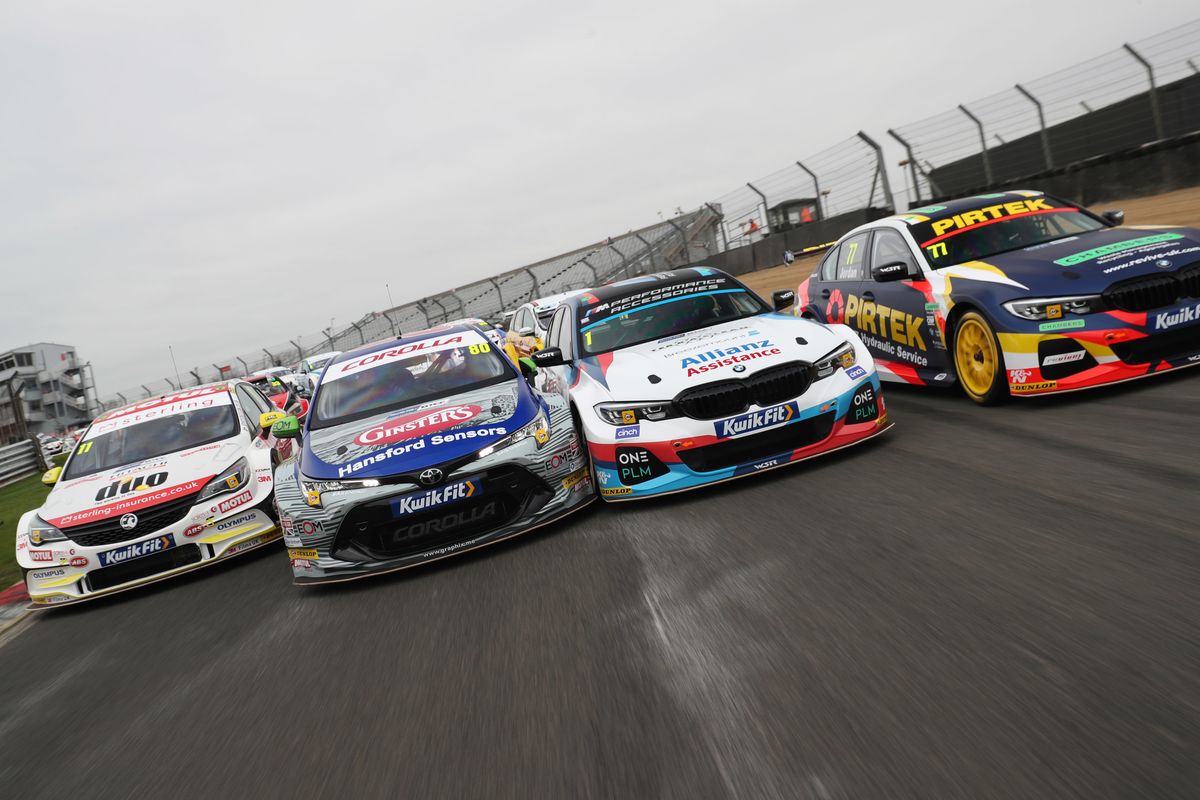 After the success of Thruxton’s 50th Anniversary Celebration last summer, the retro-themed extravaganza will return to the popular Hampshire circuit on 1/2 June as part of a ‘fabulous fortnight’ of high-octane action.

There will be something for everyone at the Thruxton Motorsport Celebration, powered by Motor Sport Magazine – the family-friendly festival’s new media partner. A huge variety of motorsport disciplines – spanning historics and the modern era – will take to the track for evocative races and high-speed demos throughout the weekend, featuring iconic four-wheeled and two-wheeled machinery.

Local Bennetts British Superbike Championship star Tommy Bridewell (Devizes) – currently tied for the top of the BSB title standings – will make an appearance on his Oxford Racing Ducati in what is guaranteed to be a crowd-pleasing run. Not only that, but one of the most successful Formula 5000 cars ever produced – the thunderous V8 Lola T332 – will rewind the clock as it returns to the circuit along with a Lola T70, arguably the British manufacturer’s most recognisable car. A 1989 Formula 3000 Reynard will add to the ‘memory lane’ appeal.

A number of car clubs from across the UK are also set to attend, from the Porsche Club GB to the MX-5 Owners Club – celebrating its 25th anniversary in 2019 – the Alfa Romeo Owners Club, Lotus Seven Club, Overton Classic Revival and GT40 Enthusiasts Club.

Off-track, there will be no shortage of activities for spectators to enjoy. ‘Battle of Britain’ flypasts on both days will pique the interest of aviation fanatics, featuring one of six Hawker Hurricanes remaining in the UK and the legendary Douglas C-47 Dakota transport aircraft. Not forgetting, of course, Thruxton’s impressive supercar display, circuit coach rides, sideways skid pan experiences and – for the more adventurous – axe-throwing, all topped off by local classic rock tribute band ‘The Cellarats’ performing live on the Saturday evening.

The Thruxton Motorsport Celebration will conclude Thruxton’s ‘fabulous fortnight’, which will kick off this coming weekend (18/19 May) when the high-profile Kwik Fit British Touring Car Championship speeds into the country’s fastest circuit for the first of two visits on its 2019 calendar (returning again for ‘seconds’ on 17/18 August).

Judging by the action so far this season, racegoers will be in for a real treat – Britain’s biggest motor racing series never fails to produce first-class doorhandle-to-doorhandle action, and with five winners from the opening six races of the year, unpredictability is very much the name of the game.

Children aged 12 and under get in free of charge when accompanied by an adult, making this a great day out for the whole family. Not only will there be three drama-fuelled BTCC races to enjoy, but also a full schedule of support series showcasing the Formula 1, touring car and GT stars of the future – remember, you saw them here first!

“We have a very exciting couple of weeks coming up at Thruxton,” enthused Bill Coombs, Thruxton Director. “We are thrilled to have been able to turn the Thruxton Motorsport Celebration – initially planned as a one-off to mark our half-century – into an annual event after it was so well-received last year, and an amazing selection of cars, races, demos and off-track activities will make it a great weekend out for the whole family. The Battle of Britain flypast will be a particular highlight.

“Prior to that, of course, we have the first of two BTCC visits to look forward to. We are proud to have been a regular fixture on the series’ calendar since its inception more than 60 years ago, and to have secured a double helping of touring car action in 2019 means double the fun for everybody coming along. As a circuit, Thruxton always produces spectacular action – and as a championship, the BTCC never fails to entertain.”

Advance tickets for the two Thruxton BTCC race meetings are available from just £13 for Saturday entry and £29 for Sunday. All those purchasing an advance race day, weekend or family ticket will be entered into a draw for a chance to wave the chequered flag at the end of the first race. Tickets for the Thruxton Motorsport Celebration start at only £12 for Saturday entry and £20 for Sunday.