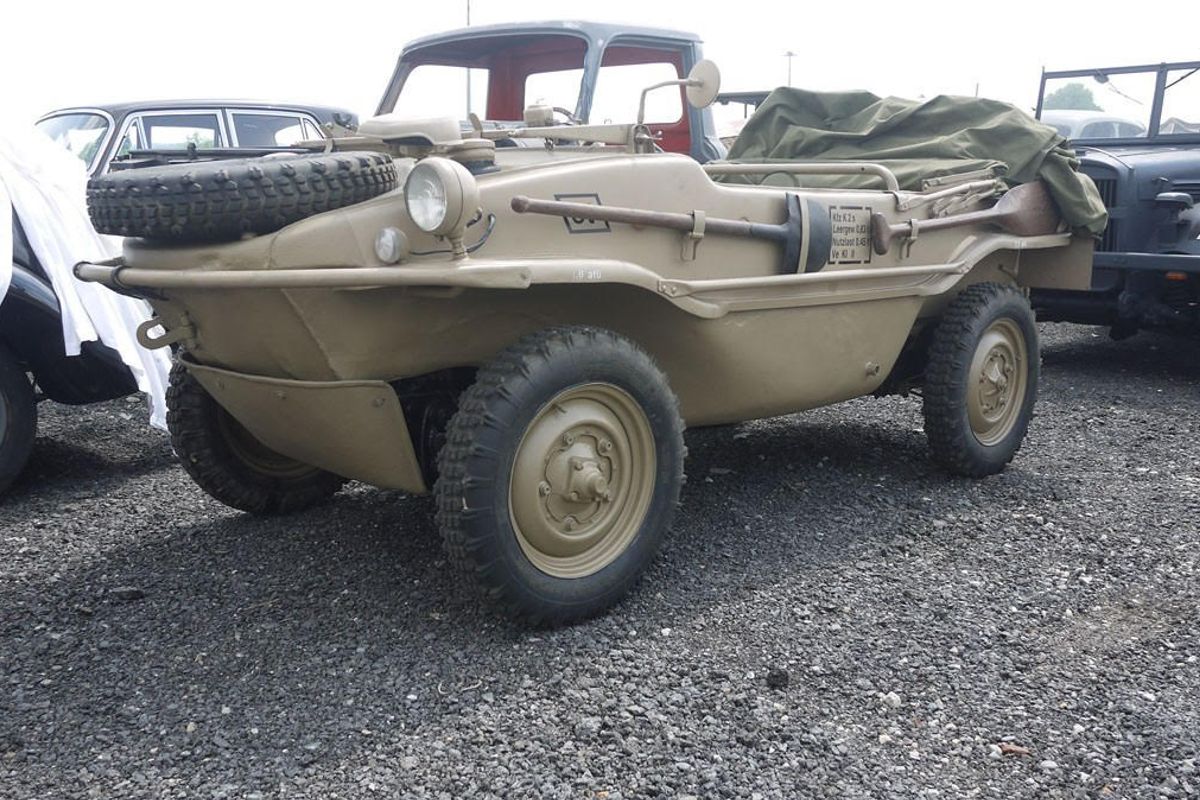 including this 1943 Volkswagen Schwimmwagen

DESCRIPTION
Volkswagen Schwimmwagens used the engine and mechanicals of the VW Type 86 four-wheel drive prototype of the Kübelwagen and the Type 87 four-wheel drive ‘Kübel/Beetle’ Command Car, which in turn were based on the platform of the civilian Volkswagen Beetle. Erwin Komenda, Ferdinand Porsche’s first car body designer, developed an all-new unitized bodytub
structure since the flat floorpan chassis of the existing VW vehicles was unsuited to smooth movement through water.

The earliest Type 128 prototype was based on the full-length Kübelwagen chassis with a 240cm wheelbase. Pre-production units of the 128, fitted with custom welded bodytubs, demonstrated that this construction was too weak for tough off-roading, had insufficient torsional rigidity, and easily suffered hull-ruptures at the front cross-member, as well as in the wheel-wells. This was unacceptable for an amphibious vehicle. The large-scale production models (Type 166) were therefore made smaller, and had a wheel-base of only 200cm.

Offered with an Italian Libretto from 1963, this fantastic restored example of a fascinating military vehicle that one rarely comes across, let alone finds on offer for sale publicly in this condition (and at no reserve), represents a fantastic opportunity.

The last sale result that we are currently aware of for such a car was at a public auction in 2008, where one sold for €150,000. A truly remarkable piece of German engineering, born through the joint partnership of Porsche and Volkswagen during the Second World War.