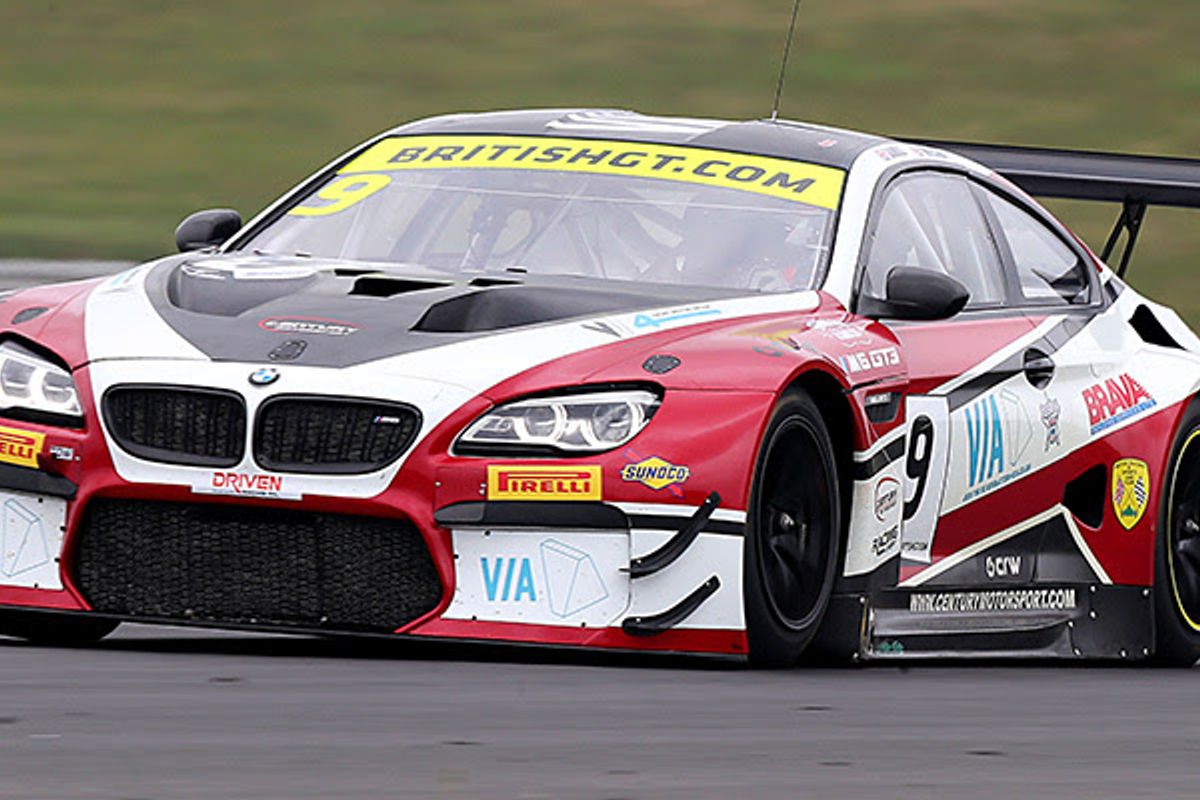 Championship leader Sam De Haan set the opening session’s early pace before Gamble – making his British GT debut this weekend as a late replacement for Adrian Willmott – jumped to the top at half-distance courtesy of a 1m49.129s.

It was an especially impressive performance by Gamble considering his M6 was carrying double the usual Silver Cup ballast – 60kg – as a result of the late change in personnel.

Graham Davidson should have been the chief beneficiary of that having qualified third. However, a five-place grid drop for overtaking during a Safety Car period in Oulton’s second race means Barwell’s other Lamborghini driven by Adam Balon heads up row two alongside Team Parker Racing’s Glynn Geddie.

GT3’s Pro session was even tighter at the top where Thiim made it two poles in as many visits to Snetterton by narrowly beating Keen.

The Dane set his 1m47.181s benchmark on his first flying lap before watching Barwell’s #72 Lamborghini twice come close to snatching pole. They were eventually separated by only 0.055s.

GT4’s first frenetic qualifying session saw the top-13 separated by less than one second but a familiar name on top of the pile: Scott Maxwell. The Canadian twice held provisional pole after initially slipping behind Josh Price’s #95 TF Sport Aston Martin before ultimately maintaining Multimatic’s 100% pole record at the start of 2019.

That late improvement came at the expense of Price and HHC Motorsport’s Callum Pointon who initially scrapped over second place. Just 0.034s separated them in the final reckoning, while Tolman’s Josh Smith finished fifth after lapping a tenth slower.

Mark Kimber was the faster of Century’s two BMWs en route to sixth ahead of HHC’s second McLaren driven by Luke Williams and Tolman’s Lewis Proctor. Fox Motorsport’s Mark Murfitt finished an impressive ninth overall and second in Pro/Am, while Alistair MacKinnon rounded out the top-10 in the second of Multimatic’s Ford Mustangs.

The afternoon’s second GT4 session proved just as competitive after 12 drivers lapped within a second. This time it was Scott Malvern who prevailed after the Team Parker driver’s third flying lap – the fastest in British GT4 history – finally deposed TF Sport’s Tom Canning.

HHC’s Dean Macdonald and Canning made the early running, the pair twice swapping provisional pole before the latter looked to have sewn things up. However, Malvern – who’d initially slotted into third – wasn’t finished, and duly banged in a 1m56.589s to beat the Aston Martin by 0.108s.

That time, as well as Canning’s, was quicker than the previous qualifying benchmark set by Ross Gunn in 2016.

Michaels O’Brien and Broadhurst were next up for Balfe Motorsport and Fox Motorsport, respectively, while Tom Jackson, Matt George and Seb Priaulx – who shares the championship lead with Macdonald and Pointon – completed the top-10.