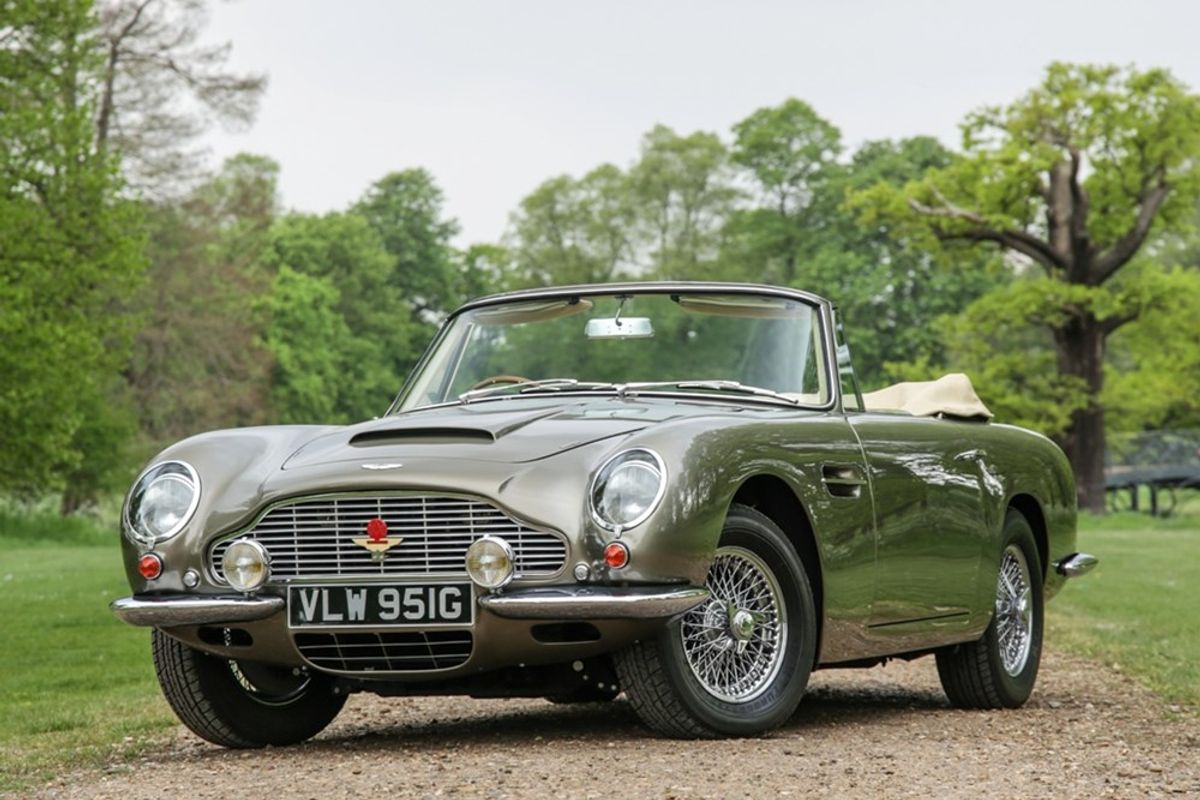 The DB6 was launched at the London Motor Show in 1965 following on from the highly successful DB5 immortalised by the 1964 James Bond film 'Goldfinger'. The front end of the DB6 was visually similar to the DB5 but closer inspection revealed quite a different car. The wheelbase was lengthened allowing additional passenger space in the rear along with a raised roof line. The profile of the rear quarter lights echoed those of the DB4GT Zagato, a styling theme that continued through to the DBS and V8 models until production finished in 1990. Both front and rear bumpers were split into two pieces and the rear of the car was re-styled with a Kamm tail which helped reduce aerodynamic drag and gave the car more stability at speed. The engine remained the same as the Tadek Marek-designed DB5 unit, a 3,995cc twin overhead cam, straight six with triple SU carburettors producing a claimed 282bhp. 'If you want a truly British driver's car, the ultimate development of a continuous line of thoroughbreds from the Vintage era to the present day, there is nothing in quite the same field as the Aston.' - Motor Magazine on the Aston Martin DB6, 26th November 1966.

This 1968 Aston Martin is the epitome of beauty. She is finished in the delightful colour combination of Old English Pewter and cream Connolly leather interior with Brewster Green Wilton carpets. Supplied originally by H.R.Owen on the 12th September 1968 with special order triple carburettors, three ear wheel spinners and more importantly power steering, it has been maintained throughout its life regardless of cost and has one of the best Aston Martin service histories we have seen with a plethora of detailed invoices spanning a 40 year period. This matching numbers Aston Martin DB6 Volante underwent a total restoration over an eight year period with work being completed in 2016, the work is itemised in the history folder. A complete tool roll together with an owners’ handbook are also present. This fabulously restored DB6 Volante is a credit to the fastidious owner and can be summed up in one word, stunning.

Auction reaches at £4.6 million with a sale rate of 73% and climbing…