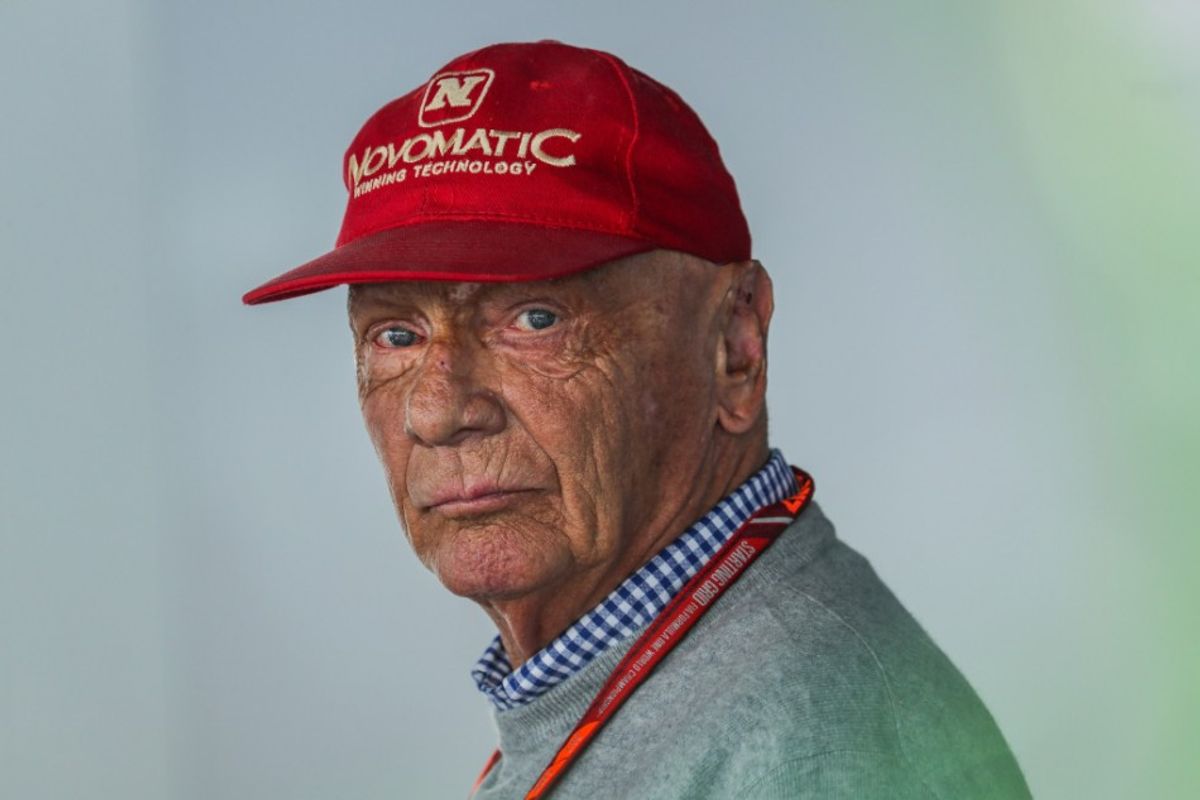 The motorsport world is today mourning the death of Formula 1 legend Niki Lauda, who passed away last night at the age of 70.

Paying tribute to Austrian legend, FIA President Jean Todt said: “Niki Lauda was a hero of motor sport, who inspired me in my youth. He is a milestone in the history of Formula One. All my thoughts go out to his family, friends and to Mercedes.”

Chase Carey, Chairman and CEO, Formula 1 added: “It is with great sadness that we learned of the death of Niki Lauda. Formula 1 has lost not only one of the truly great exponents of the sport but also one of its heroes. His love of racing and the courage he demonstrated were simply extraordinary and he inspired so many fans. His passing is a great loss for the entire Formula 1 family and motorsport as a whole. All our thoughts go out to his family.”

Born in Vienna in 1949, Lauda made his Formula 1 debut at his home grand prix in Austria in 1971. After two uncompetitive seasons with March and, in 1973, a fading BRM team, Lauda was signed by Enzo Ferrari for the 1974 season.

With Ferrari he won the FIA Formula 1 World Championship in 1975 and 1977 but the titles were punctuated by a horrific 1976 crash at the German Grand Prix. Lauda suffered third-degree burns to his head and face and inhaled toxic gases that damaged his lungs after his car burst into flames at Nürburgring.

Despite being close to death the Austrian driver made a miraculous recovery and just 40 days after his Nürburgring crash Lauda returned to racing at the 1976 Italian Grand Prix.

Following his 1977 title win, Lauda moved to Brabham but after two seasons the team he quit the sport to focus on a new career as an airline entrepreneur.

He was enticed back to the sport in 1982, however, joining the McLaren team. He won a third and final title with the British team in 1984, emerging victorious after a close, season-long battle with young team-mate Alain Prost. Lauda won by just half a point.

After 171 grand prix starts, 24 pole positions and 25 wins, Lauda retired from driving at the end of the 1985 season and once again focused on his airlines interests.

In recent years he returned to Formula One once more, taking on the role of non-executive director of the Mercedes AMG F1 team in late 2012. During his time with the team, Mercedes took five consecutive Formula 1 Constructors’ Championships as well as taking Lewis Hamilton to four World Drivers’ titles, in 2015, 2015, 2017 and 2018 and Nico Rosberg to the 2016 crown.

Mercedes Team Principal Toto Wolff said: “On behalf of the team and all at Mercedes, I wish to send our deepest condolences to Birgit, Niki's children, his family and close friends.

"Niki will always remain one of the greatest legends of our sport - he combined heroism, humanity and honesty inside and outside the cockpit.

"His passing leaves a void in Formula One. We haven't just lost a hero who staged the most remarkable comeback ever seen, but also a man who brought precious clarity and candour to modern Formula One. He will be greatly missed as our voice of common sense. Niki, you are quite simple irreplaceable, there will never be another like you.”

Ferrari, with whom Lauda spent the most noteworthy days of his career, said in a statement: “Everyone at Ferrari is deeply saddened at the news of the death of our dear friend Niki Lauda. He won two of his three world championships with us and will always be in our hearts and in those of all Ferrari fans. Our sincere condolences go to all his family and friends.”

“It is with great sadness that we say goodbye today. Not many have embodied our sport like you, with such courage and passion. You are an inspiration, a true great, a legend. Thank you Niki. Rest in peace.”