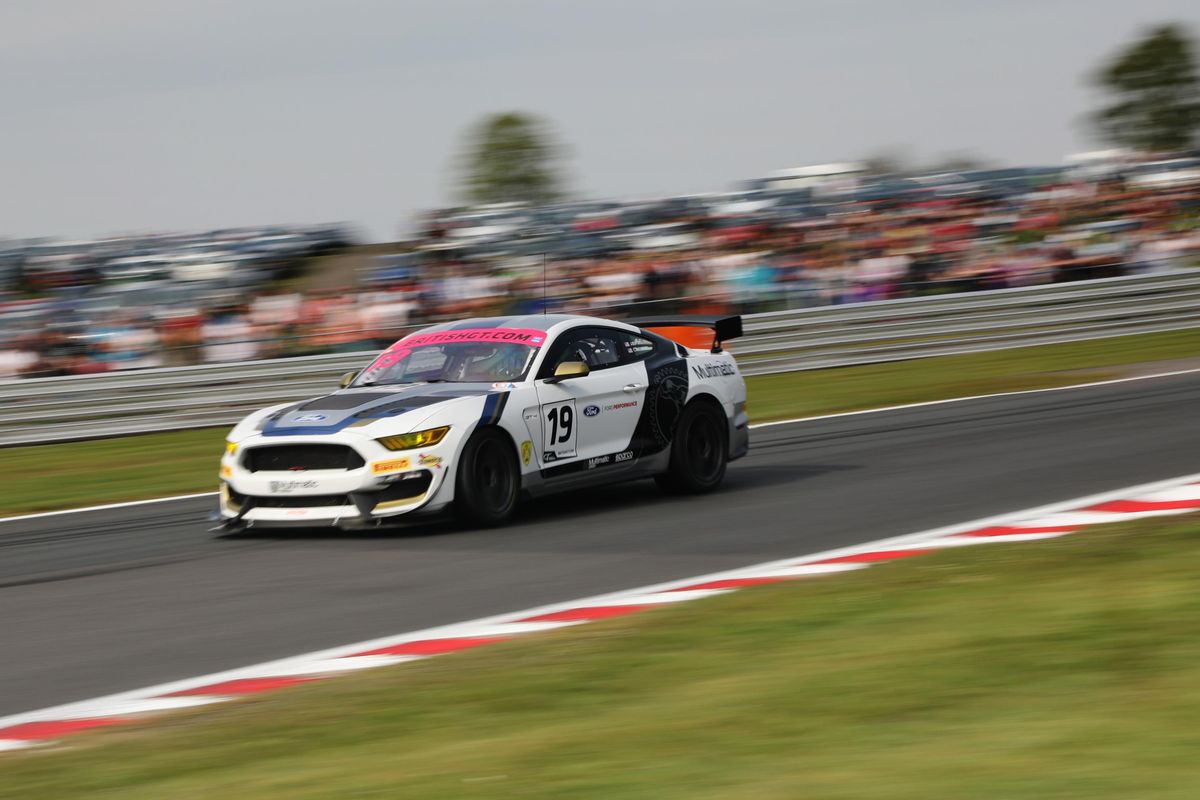 Multimatic Motorsports’ #19 Ford Mustang GT4 will be raced by a very special guest at the Donington and Spa rounds of the 2019 British GT Championship. The most successful track cyclist in history, Sir Chris Hoy, will join the team as it fights for glory with the Ford Mustang GT4, which is making its British GT debut this year.

Sir Chris, a six-time Olympic Champion and 11-time World Champion, switched from two wheels to four after retiring from competitive cycling in 2013. Since then he has raced in various series, including the British GT Championship and the Le Mans Series. In 2016 Hoy took on the challenge of the Le Mans 24 Hours, completing the epic race on his debut.

Hoy said: “This is a fantastic opportunity to race the Ford Mustang GT4. The car already has a great racing pedigree in North America so I’m excited to see what that American muscle can do at Donington and Spa. Multimatic is one of the automotive industry’s best kept secrets as they work on so many extremely cool but extremely secret programmes. I’ve seen the success they made of the Ford GT programme so I’m excited to get behind the wheel of one of their cars.”

The successful Ford Mustang GT4 is already a British GT race-winner and the team is looking forward to witnessing the competitive spirit of an Olympian behind the wheel.

Multimatic’s Chief Technical Officer, Larry Holt said: “It’s fantastic to have Chris joining us for a couple of races in the Mustangs, I think it’s a great fit for the team and the series. I know that he’ll really enjoy the car and I’m obviously aware that he’s a pretty good pedaller, so with the two guys we are partnering him with a good result is definitely in the cards. At Spa we are creating a special challenge for his #19 car, in that our GT WEC star Andy Priaulx will be his partner creating a father-son intra-team rivalry! I’m sure Andy will be pushing Chris hard to beat Sebby and Scott for family reasons. At Donington, Chris will be driving with Billy Johnson, another of our WEC stars and a Mustang specialist, which should also result in a top finish.”

Hoy’s first race with the team will be at Donington Park on June 23rd alongside Billy Johnson, just one week after the team returns from running the Ford GTs at the Le Mans 24 Hours. His second race will be at the rollercoaster-like Spa-Francorchamps circuit in Belgium on July 21st, where his team mate will be Andy Priaulx.