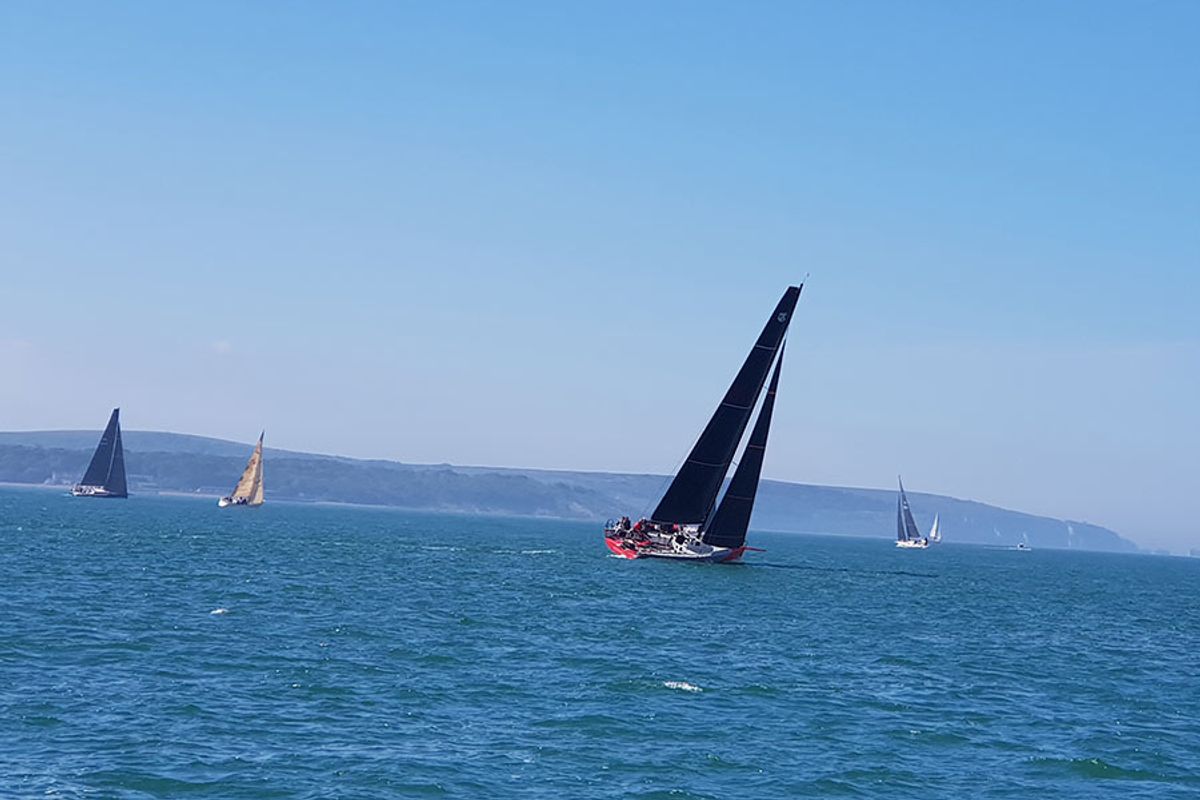 A Racecar staff member sailed in this event on Polka Sailing Beneteau First 34.7 - came mid mid way through IRC4 and thoroughly enjoyed - especially downwind stuff in waves on way back. Took 1 day and 20 hours and 22 minutes on corrected time - quite tiring - but already looking forward to next race!

News Release from RORC site below:

“An amazing race and an awesome feeling to have won it,” commented Redshift's Ed Fishwick. “The Redshift crew were unbelievable, just sensational! It was a long battle just to get to the lighthouse. We made a good rounding and could see Ino, from then on we were gybing across each other all the way down the track. By Christchurch Bay we were a boat length apart. Ino made a great call going all the way into the bay and pulled away. We went into low mode across the bay and eventually made it back. The last ten minutes were crazy, a match race, just inches apart.”

In IRC Three, the podium was made up of yachts racing Two-Handed. JPK 10.80 Timeline, sailed by Marc Alperovitch (FRA) was the winner. Sun Fast 3600 Bellino, sailed by Rob Craigie (GBR) was second by just under 22 minutes after IRC time correction. JPK 10.80 Shaitan, sailed by Jean-Eudes Renier (FRA) was third.

Marc Alperovitch has won class in many high profile races fully crewed including the Rolex Fastnet Race. However, this is Marc's first Two-Handed campaign with Jerome Huillard D'Aignaux. “I suppose you could say this was first time lucky!” smiled Marc. “I decided to make a fresh start with a new boat and the new dynamic of racing two-handed. We had a few problems with gear, which really takes it out of you. Off Portland Bill our headsail became detached in rough seas and it was sometime before we fixed the problem. As we are a new team, we had no pressure to win, but to come out on top in our first race has certainly brought the pressure on!”

In IRC Four, JPK 10.10 Foggy Dew, sailed by Noel Racine (FRA) was the winner by just over 30 minutes after time correction with 41 yachts in class. Emmanuel Pinteaux (FRA) racing JPK 10.10 Gioia was second and Chris Choules (GBR) racing Sigma 38 With Alacrity was third.

Noel Racine's winning streak with Foggy Dew as IRC Four champion dates back to 2013. So what is the secret to Foggy Dew's success? “It is not a secret,” smiled Racine. “You need a good boat, a good crew and you need to make less mistakes than the others. We made a mistake at the beginning of this race when we ran out of wind and watched the fleet sail away. However, we kept focused, kept our concentration, and one by one we caught the competition and passed them to win the class.”