One of the most significant touring cars is coming to Silverstone Auctions sale on the 26th to 28th July at the Silverstone Classic Sale.

Sir John Whitmore’s Ford Lotus Cortina that took him to the 1965 European Touring Car Championship crown is being offered for sale with an estimated price of £190,000 to £220,000.

Prepared by Alan Mann Racing for Sir John Whitmore, this car dominated the 1965 season, it won eight out of the nine rounds, leaving all behind in its wake. The great Jack Sears shared the car with Sir John Whitmore that years for an assault on the Nurburgring 6 hour race which they won overall and set a new lap record. It was then retired from competition at the end of the 1965 season, where it was used by Ford for a promotional tour.

In 1967 Sir John bought the car and it remained in his ownership until 1995. During that time, the car resided in the National Motor Museum at Beaulieu from 1972 to 1978 and also spent some time with Jack Sears on his farm in Norfolk. It was then purchased by an American enthusiast who had no intention of racing the Cortina but continued to preserve the history of this most famous car.

In 2013 the Ford Lotus Cortina returned to the UK to be sold at auction having just covered 1,000 miles whilst in the care of the previous owner. The current vendor, who is a family friend of the Manns, is now offering the car for sale with just 11,464 miles, albeit mainly race miles. The history behind this car is so complete, with results, articles from Autosport, correspondence and period photographs.

This is one of the most historical and important race cars to come on the market that was raced and belonged to one of the legends of British Motorsport. 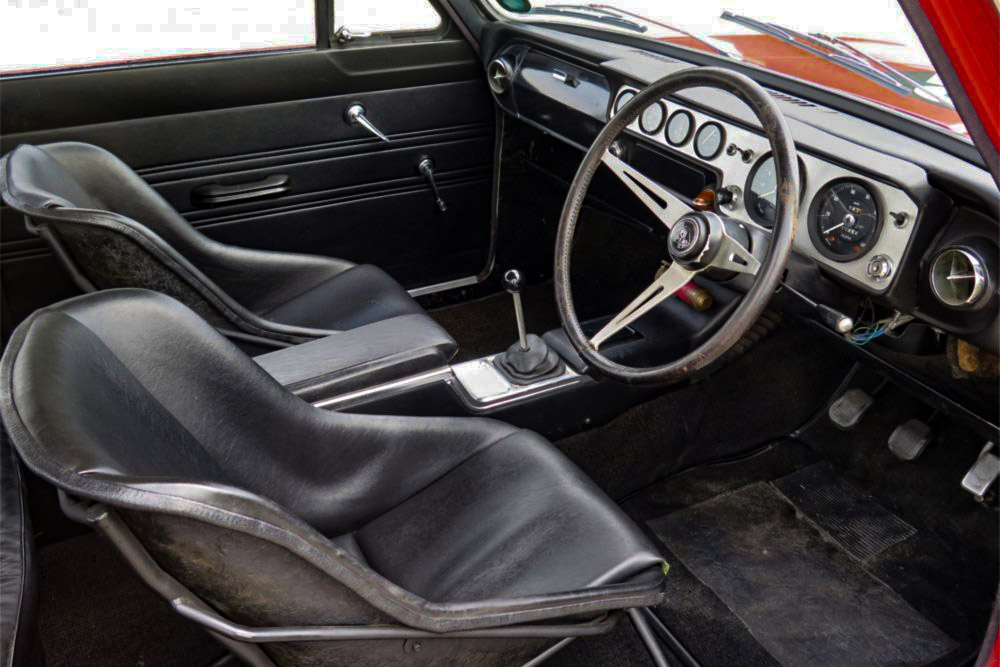 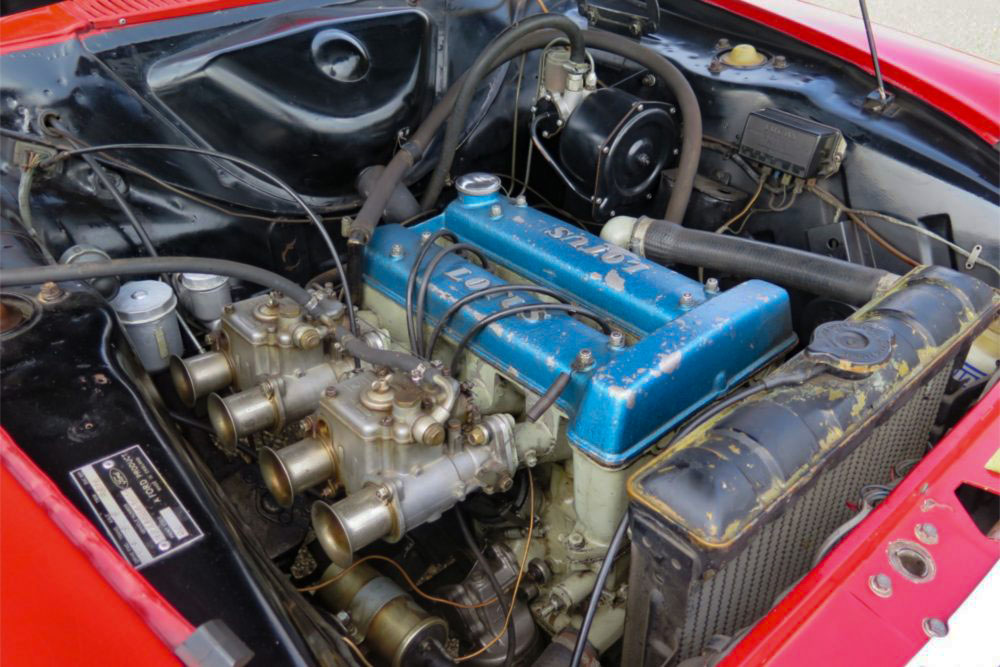 Other race cars being offered for sale is a rare 1965 Studebaker Lark Daytona 500 estimated at £65,000 to £80,000 and excitingly is offered at No Reserve. Having secured invitations to some of the most high-profile historic race meetings such as Goodwood, this is a highly developed, expertly prepared and extremely competitive car. It comes with a host of spares including wheels, tyres, differentials, body panels and further assorted parts. This car is welcome in the Masters Series, HRDC Historic Touring Cars, Bernie’s V8s and HSCC Touring Cars. There is also highly likely to be an invitation from Goodwood when their period for racing is 1960s saloons. 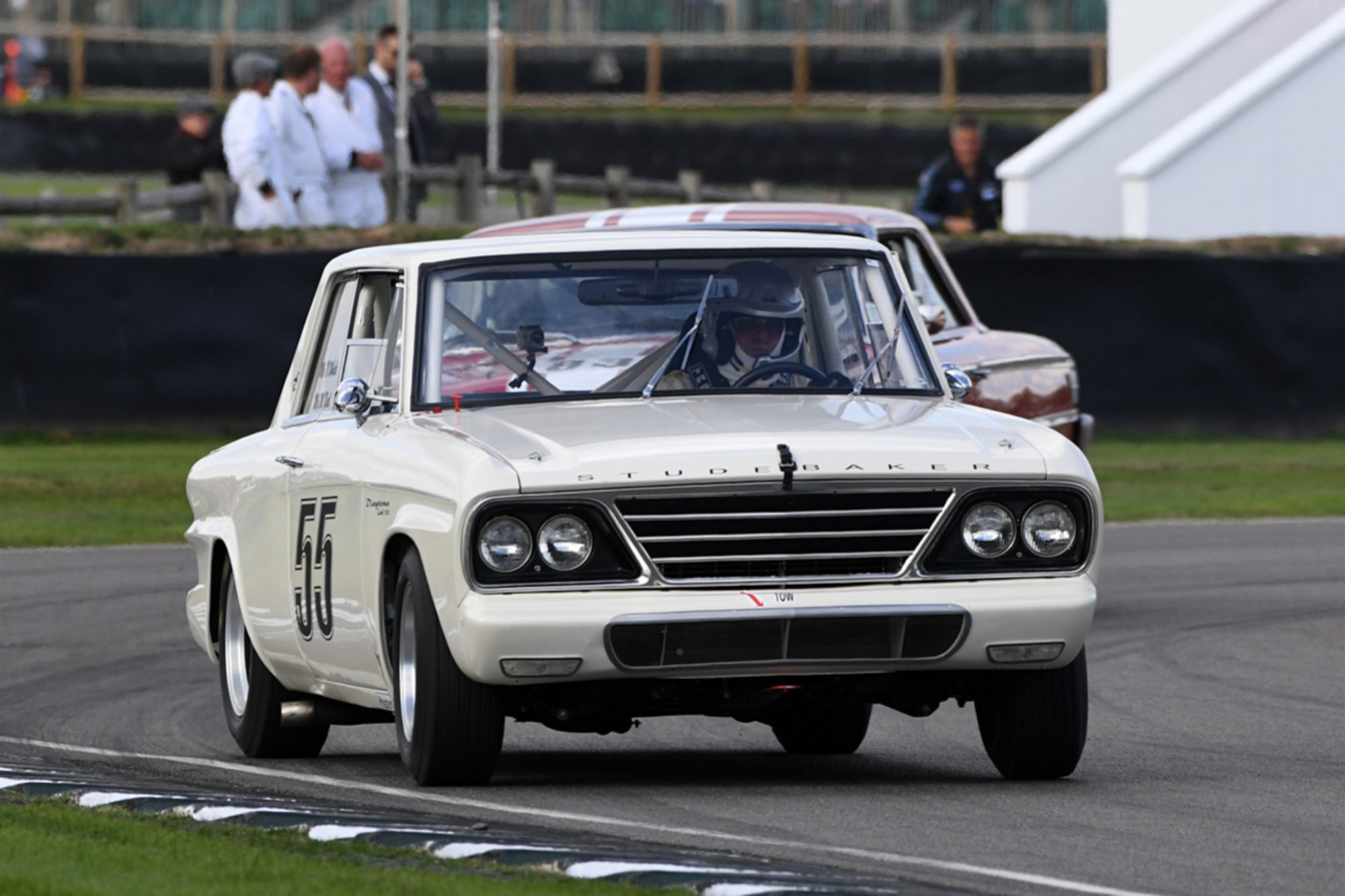 For something that is more of a clubman specification, a 1998 Dare Ginetta is being offered at £22,000 to £26,000 which is equally as happy on the road and supplied with both a soft and a hard top. The current vendor is the fourth owner of the car and has always kept in garaged and covered and been used on the road only when it is dry. The chassis and bodywork were rebuilt in 2010 and at the same time the engine was also rebuilt. This car is currently on a SORN but it wouldn’t take much to get it back into action. 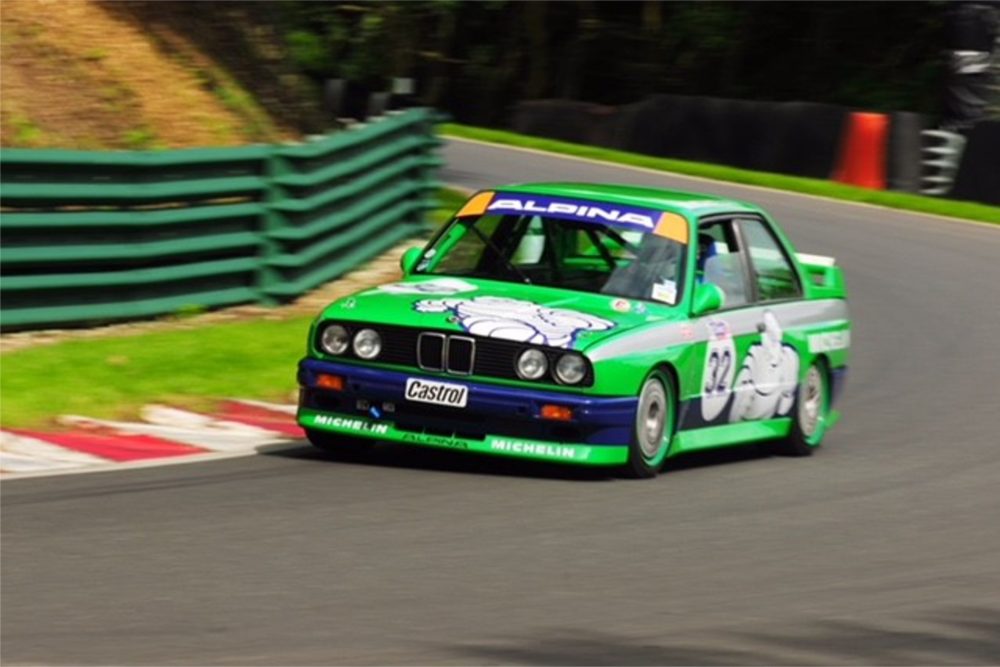 Also on offer is this beautifully prepared 1991 BMW E30 M3 2.5 Competition estimated at £75,000 to £80,000. A well proven car in the world of rallying and touring car racing, this car has been painstakingly prepared to the highest standard over the last four to five years. An extensive list of its specification which includes a bodyshell built to Prodrive Rally M3 spec can be found on the Silverstone Auctions website.

The Silverstone Classic Auction takes place on Saturday 27th and Sunday 28th July 2019 offering an exclusive selection of classic cars, sports cars and supercars, including automobilia and luxury watches. The lots can be previewed on the 25th July 2019 from 13.30 to 18.30 and on the 26th July from 09.00 to 18.00.

Silverstone Auctions are accepting cars for their Silverstone Classic auction and can be contacted on 01926 691141 or email enquiries@silverstoneauctions.com and would be happy to talk with you and help you through the process of consigning your car.