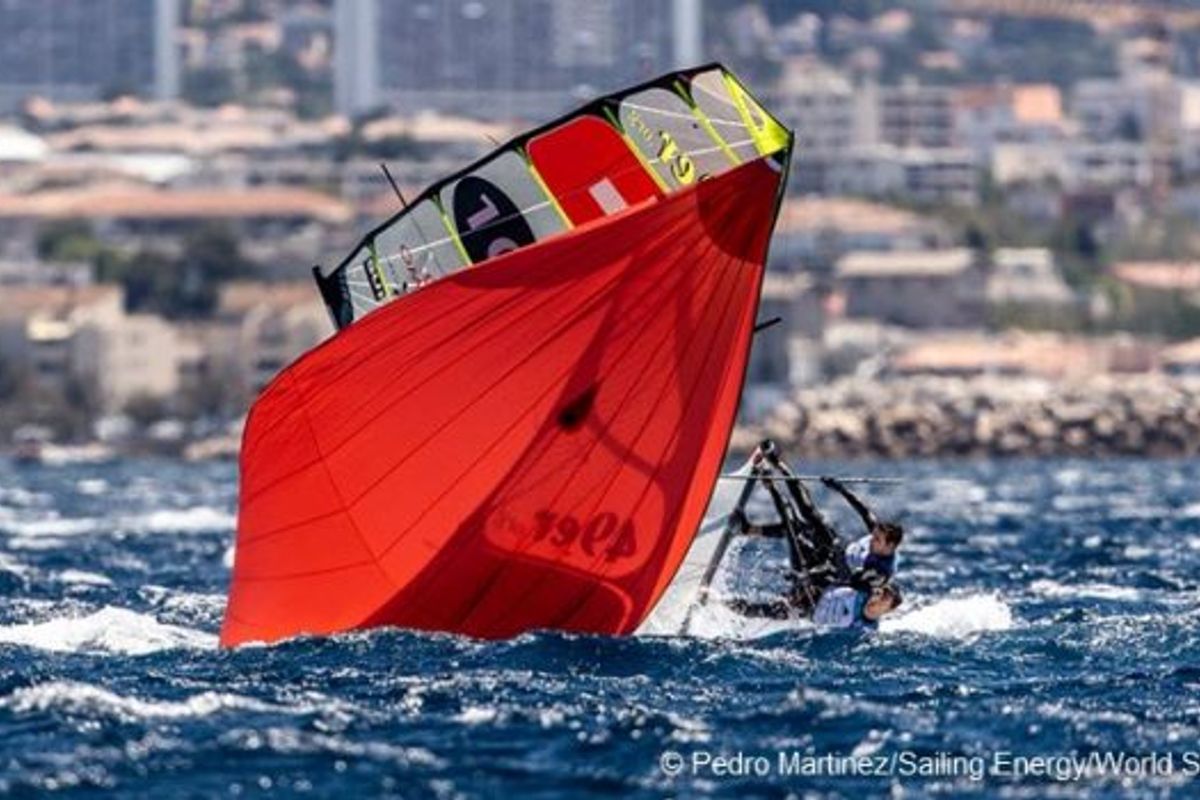 Sailors racing at the Hempel World Cup Series Final needed to use all the strength and fitness they could muster with strong winds bringing the second day to an early close.

With gusts well in excess of 30 knots were reported across the five racing areas, only a small number of races for the sailors from 41 nations racing across the ten Olympic events and Open Kiteboarding were completed as the wind speed was deemed unsafe for competition.

The Principal Race Officer brought the sailors back to the shore with proceedings cancelled at 15:00 local time.

The 49er completed a single race in a breeze that started at 20 knots and quickly rose to 25 knots with stronger gusts. Of the 14-boats in the fleet, only four of them completed the race with capsizes aplenty on the race track.

Read the full article on Scuttlebutt