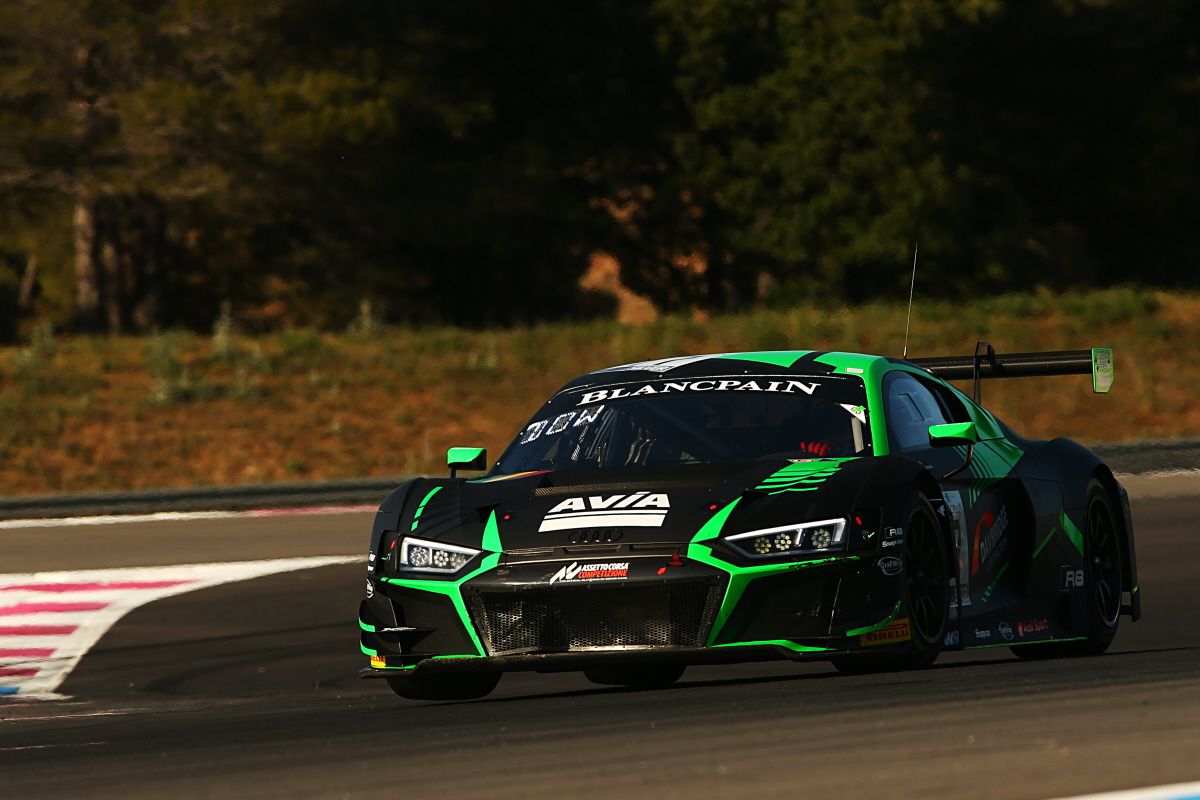 Making his first appearance in the annual six-hour ‘into the night race’, the Carlisle-based driver and team-mates Paul Petit and Shae Davies combined to deliver a strong performance for Belgian Audi Club Team WRT and chalk-up more championship points.

Qualifying sixth fastest in Silver for the 1,000-kilometre race in Le Castellet, 25th on the overall grid, the trio ended a drama-filled contest an improved 19th overall and seventh position in class having run as high as third in Silver during MacDowall’s opening two-hour stint.

“It was quite surprising the pace we had in the race, it was really good”, reflected the Cumbrian driver, “We were disappointed after qualifying, the average time was down on what we’d hoped for and especially after how strong we had qualified at Silverstone, but the race was strong for us.

“As it’s a six-hour race we always knew there would be lots of action, Safety Cars and incidents, and that’s how it was so it was good to stay out of trouble and take some points away. The car was quite good on the straights, I was able to pass quite easily and the top end was good, plus the balance was good generally which just gave me more confidence.”

After ending pre-qualifying on Friday, 31st May, with the 10th fastest time in the Silver class, the Audi trio aimed for more in final qualifying on Saturday morning and in the first of three sessions Petit lapped seventh quickest in the No.17 Audi R8.

For session two MacDowall got behind the wheel and produced an excellent fourth fastest time, a great lap of 1m54.119 seconds which was just half a second shy of the Silver class pace. In session three, though, Davies was seventh and so on combined times from all three runs the Team WRT drivers qualified sixth in Silver and 25th overall for the big race.

Cumbrian racer MacDowall took the start, a double-stint, and although shuffled back to 10th in Silver on a very busy opening lap he maintained position before the Safety Car was deployed after a multi-car incident on Mistral Straight on lap two.

Action resumed almost half an hour later but it was only a matter of minutes before a Full Course Yellow period was declared, ahead of a reappearance for the Safety Car. At the re-start, with just over 40 minutes elapsed, MacDowall started to settle into a rhythm and he climbed through to seventh in Silver before the end of the opening hour.

His stint was impacted by an unfortunate penalty, after a yellow flag infringement, but MacDowall continued to lap strongly nonetheless and climbed as high as third in the Silver Cup, and seventh overall, before handing the Audi over to Petit towards the end of hour two.

Frustratingly, the first driver-change pit stop came moments before a Full Course Yellow period which worked against the Team WRT entry and benefitted some Silver class rivals. Petit, therefore, held seventh in Silver and at the halfway point of the race as the sun started to set over Paul Ricard he was eighth in class. He then pitted with just over two hours to run to hand over the car to Davies.

Marking his first experience of night-time racing, Davies performed well and he was able to climb into seventh before the conclusion, 19th overall, to wrap-up the trio’s best result of the Blancpain season so far having finished ninth in Silver last time out at Silverstone Grand Prix Circuit.

There is now an eight week break in race action for the Blancpain Endurance Cup competitors with round four of the 2019 season, the blue riband Total 24 Hours of Spa, taking place over the weekend 27th/28th July. Before then, there will be two days of officially timed testing at the Belgian track on Tuesday, 2nd July, and Wednesday, 3rd July.

“We’re looking forward to Spa”, MacDowall added, “The Audis are normally good there and our team boss is confident so we’re hoping for a strong weekend. I’m getting more and more adjusted to the car, able to push more, so I’m hoping to make another step forward at the 24 hour race.”