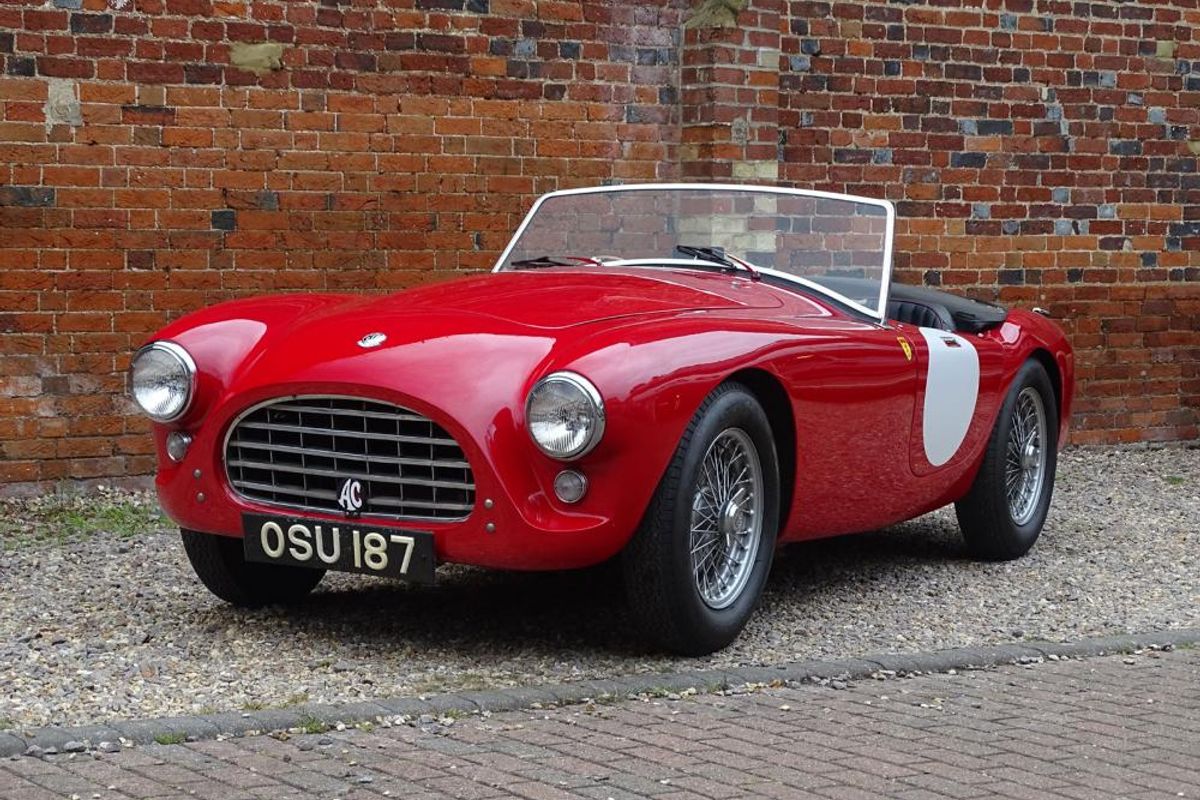 - The St Lucian Ace, supplied new to the right-hand drive market of St Lucia in the Carribean

- Current family ownership since 1999 during which time it was repainted in its original Svecia Red and enjoyed at the 2002 Tunis Retro Grand Prix, Rally de Paris, Vernasca Hillclimb, Ollon Villars Hillclimb and Aintree Revival etc.

Entering the current family ownership twenty years ago, BEX349 is the last in a considerable line of AC Aces to pass through their hands. A driver of some note whose period exploits are mentioned in the McLellan and Bancroft book, the vendor's father had the two-seater stripped to bare aluminium and refinished in its initial Svecia Red livery (Campbell Bowling had preferred BRG). Retrimmed in Black leather with Red piping and benefiting from an engine overhaul at the hands of Mike Robinson during 1999-2000 too, the AC was granted a Historic Vehicle Identity Form by the FIA two years later. Enjoyed on various Continental sorties by the vendor and his father, usually as part of the TOPS Club Team, BEX349 came second behind Philippe Renault's Jaguar C-Type in the sportscar race at the 2002 Tunis Retro Grand Prix meeting and also contested the Rally de Paris, Vernasca Hillclimb, Ollon-Villars Hillclimb and Aintree Revival. Kept in a temperature-controlled environment but little used over the past five / six years, the Ace Bristol is only now available due to other commitments.

Starting readily upon inspection, the two-seater is expected to possess a fresh MOT certificate by the time of sale. As a drum braked machine, `OSU 187' can be entered for more historic racing events / series than a later disc braked example. Pre-1958 Ace Bristols are potentially eligible for the Mille Miglia Storica, Le Mans Classic, Goodwood Revival and a host of other Blue Ribband events. BEX349 should reward more detailed research into its past but even without such digging it remains a compelling prospect. Offered for sale with manual, original AC brochure, AC Owners' Club Dating Letter, restoration photos, FIVA Identity Card (expired), FIA HVIF (expired) and sundry other paperwork.