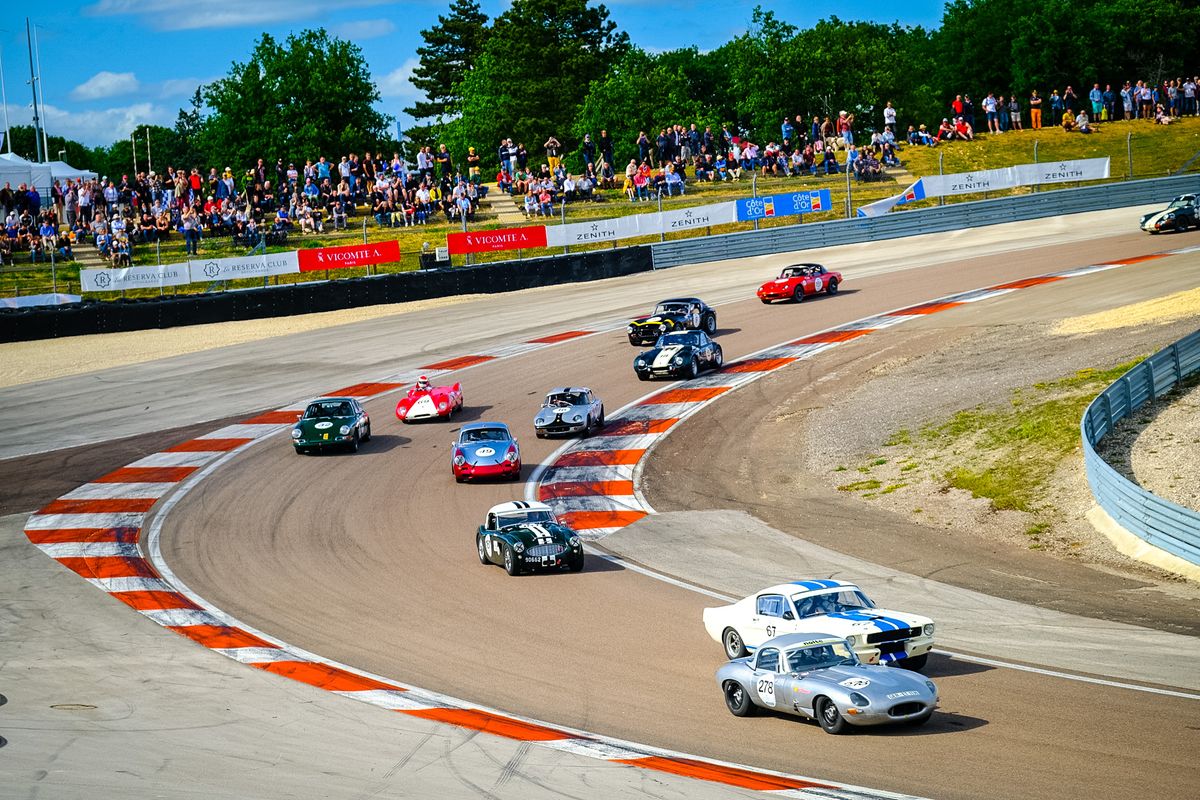 Almost 300 cars flocked to the Dijon-Prenois circuit to measure themselves against the asphalt and one another including the six Peter Auto grids, Formula Junior as well as the club sessions. The variety of races delighted a large number of drivers and the crowds of enthusiasts who turned up to see the cars.

ON THE TRACK: SIX EXCEPTIONAL GRIDS
Almost 300 cars flocked to the Dijon-Prenois circuit to measure themselves against the asphalt and one another including the six Peter Auto grids, Formula Junior as well as the club sessions. The variety of races delighted a large number of drivers and the crowds of enthusiasts who turned up to see the cars.

On Sunday morning, it was the turn of the cars in Classic Endurance Racing (CER 1) to set the ball rolling in a race led by Claudio Roddaro in his Porsche 917. Then the Greatest’s Trophy grid was back on the track for its second race of the weekend. This time victory went to Carlos Monteverde and Gary Pearson in their Jaguar Type E. The morning ended with the race for the Porsches in the 2.0L Cup grid won by Andrew Smith and Olivier Bryant.

The afternoon was marked by the second Classic Endurance Racing (CER 2) grid event won by Philippe Scemama and Nigel Greensall’s Lola T600. The final race of the weekend was for drivers in the Heritage Touring Cup grid consisting of cars that had shone in the European Touring Car Championship (ETCC) between 1966 and 1984, and victory went to Christian Traber in a BMW 3.0 CSL. Another demonstration by the Endurance Racing Legends grid in which the 1995 Ford Mustang Cobra GTS1 made a big impression rang down the curtain on the 55th Grand Prix de l’Age d’Or.

IN THE VILLAGE: THE EXHIBITORS
Off track the crowd had plenty to amuse them as 24 exhibitors were present from Friday onwards to sell their products or simply to feed the crowd. Among them car enthusiasts like Automodellen Lokkers, FB Concept and Virus Miniatures displayed their wares. Others had a more literary bent like Ad’vantaged and Editions Du Palmier: for the more technically minded there were Classic Expert, Oreca Store and Danielson Equipment. In addition, locals like Raphaël Dijon and Swisswax Centre Bourgogne were also on hand. We were able to count on the presence of some Peter Auto regulars like Christophe Fenwick. And finally the patrimony of the PSA Group was highlighted by the Aventure Peugeot Citroën DS exhibition.

CLUBS: 650 CARS ON TRACK
Thirty-one makes clubs were among the other players who came to the Grand Prix de l’Age d’Or at the Dijon-Prenois circuit to enjoy some privileged track laps. Among them was the MX5 club, which was celebrating its 30th anniversary in style with no fewer than 100 cars present, and the Club Alpina France back for its tenth participation in the Grand Prix de l’Age d’Or. The Light Car Club assembled 70 cars for this event. Other great names like the Club Maserati France and three Alfa Romeo enthusiasts (Alfa Classic Club de France, Club Alfa Romeo de France and Club Alfa Romeo Passion) also brought along their most beautiful cars.

See the most beautiful images of the Grand Prix de l’Age d’Or and a detailed summary of the event in the fourth Peter Auto magazine that will go on line on the Peter Auto Youtube channel this Tuesday 11th June. The forthcoming events of the season include Chantilly on 30th June for the Concours d’Elégance and then the second staging of the Hungaroring Classic on the Budapest circuit between 12 - 14 July.