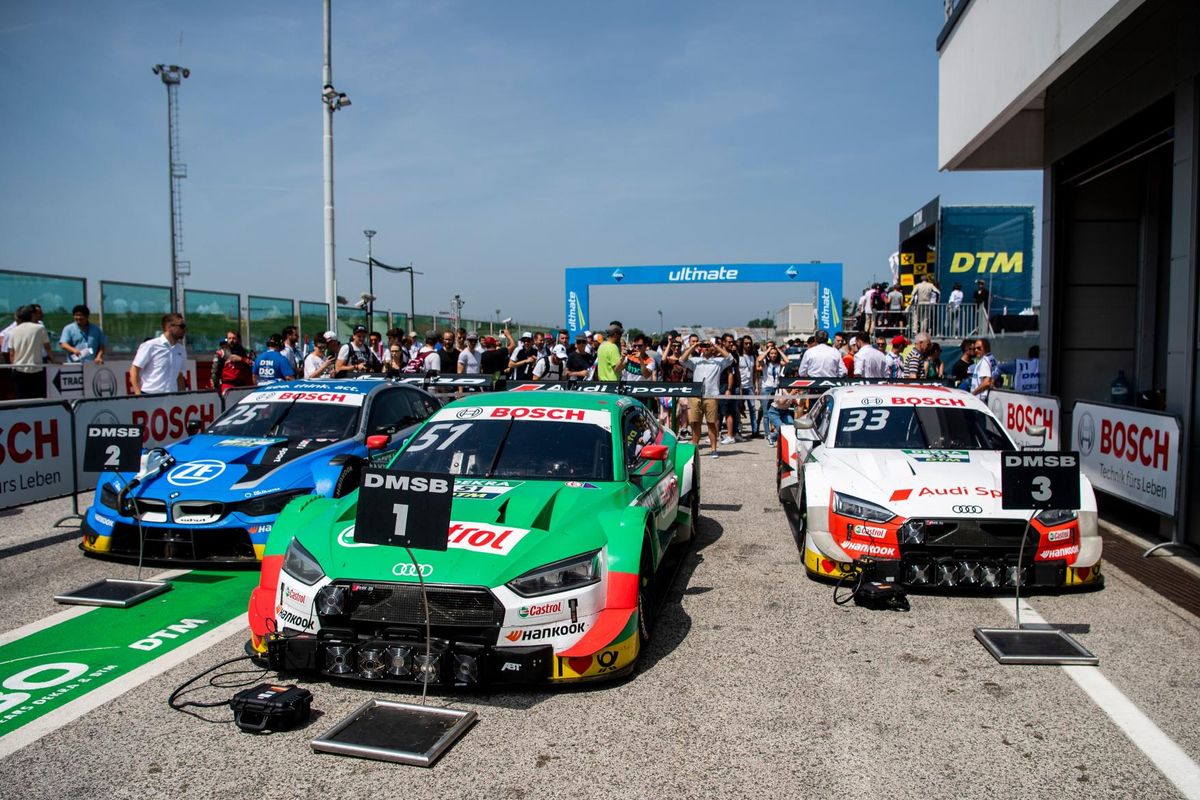 In the so far hottest DTM race of the new turbo era, the new Audi RS 5 DTM was the measure of all things. Nico Müller won Sunday’s race in commanding style at Misano (Italy) ahead of BMW driver Philipp Eng. René Rast finished third in spite of a puncture and thus extended his lead of the standings. Following an altogether strong performance in Italy, Audi is leading all three DTM classifications.

“What a fantastic feeling!“ said an exuberant Nico Müller after scoring his second DTM victory in his career and the first for Audi Sport Team Abt Sportsline in nearly two years. “We worked very hard and long for this. The guys more than deserve this result. Today’s victory is great for Audi and ABT. Thank you for this outstanding car! The Audi RS 5 DTM was extremely strong here at Misano. To convert this into a dominant victory with a good start and a strong performance, especially after the tire change, is outstanding. Now I’m already looking forward to the Norisring!”

In 2016, Müller had won his first DTM race at the Norisring. The 27-year-old Swiss, who is also a test and development driver for Audi in Formula E, had to wait for his second DTM triumph for nearly three years.

At Misano, Müller, with a lightning-fast start, improved from fourth to second position. On the 14th lap, the Swiss captured the lead when René Rast dropped back due to a puncture. Following his pit stop, Müller, on the new set of tires, managed to increasingly pull clear of his immediate rivals and ultimately crossed the finish line as the winner with a 7.628-second advantage.

After clinching pole position on Saturday, René Rast again secured the top spot on the grid on Sunday. On the first few meters, the driver from Audi Sport Team Rosberg dropped to third position and was involved in a collision right on the starting lap. Even so, it only took Rast nine laps to reclaim the lead. However, the puncture destroyed his hopes of another victory.

“This was a very difficult race for me,” said Rast. “My start wasn’t particularly good. I lost some positions and in turn 8 got caught in a sandwich between Marco (Wittmann) and Jonathan (Aberdein). I’m sorry that Marco retired as a result, but there was nothing I could do. Jonathan hit me and then I hit Marco. After taking the lead, I suffered a puncture. Afterwards, I wasn’t able to get the second set of tires to really work in traffic. Third position is good for the championship, but this wasn’t the best race for me today.”

Müller’s teammate, Robin Frijns, started from the front row on Sunday for the first time in his DTM career and led the field for eight laps. Because the tires heavily degraded, the Dutchman let Rast and Müller pass him before being touched by Loïc Duval and going into a spin. On the second set of tires, Frijns still fought back to fourth position and set the fastest race lap in the process.

Pietro Fittipaldi, in fifth place, scored the so far best result in his still young DTM career. The Brazilian stood in for Jamie Green, who had to skip Misano due to an appendectomy. By scoring his points he helped Audi Sport Team Rosberg take the lead again in the DTM’s teams’ classification.

Jonathan Aberdein from the WRT Team Audi Sport customer team, by clinching third position on the grid, confirmed his strong performance from the previous day and in seventh place also scored his so far best result in the DTM. MotoGP star Andrea Dovizioso in his second DTM race caused a sensation once again. From 14th on the grid, the Ducati factory rider was battling for a top-ten result when he went into a spectacular spin and dropped to the end of the field.

Audi Sport Team Phoenix was beaten below its potential on Sunday. Loïc Duval was handed a drive-through penalty for his collision with Robin Frijns and thus lost his chance of repeating his podium finish from Saturday. Mike Rockenfeller was called into the pits for a tire change as early as on the first lap because his team was expecting a safety car period. However, the pace car was not deployed. “Rocky,” in tenth position, still managed to score one point.

“A fantastic race with an altogether superb result for us,” said Head of Audi Motorsport Dieter Gass. “Nico (Müller) showed a very strong performance today. His start was brilliant and he was consistently fast throughout the whole race. René (Rast) was struggling on his second set of tires. It’s also possible that his car was damaged following contact with Aberdein and Wittmann on the first lap.”

With this good result at Misano, Audi has also extended its lead of the DTM manufacturers’ standings. Before its home round at the Norisring on July 7/8, Audi, with 340 points, is in the top spot, ahead of BMW (263). In the first six races of the new turbo era, 13 of 18 possible podium finishes went to the Audi RS 5 DTM.