IMSA Competitors Geared Up for 24 Hours of Le Mans 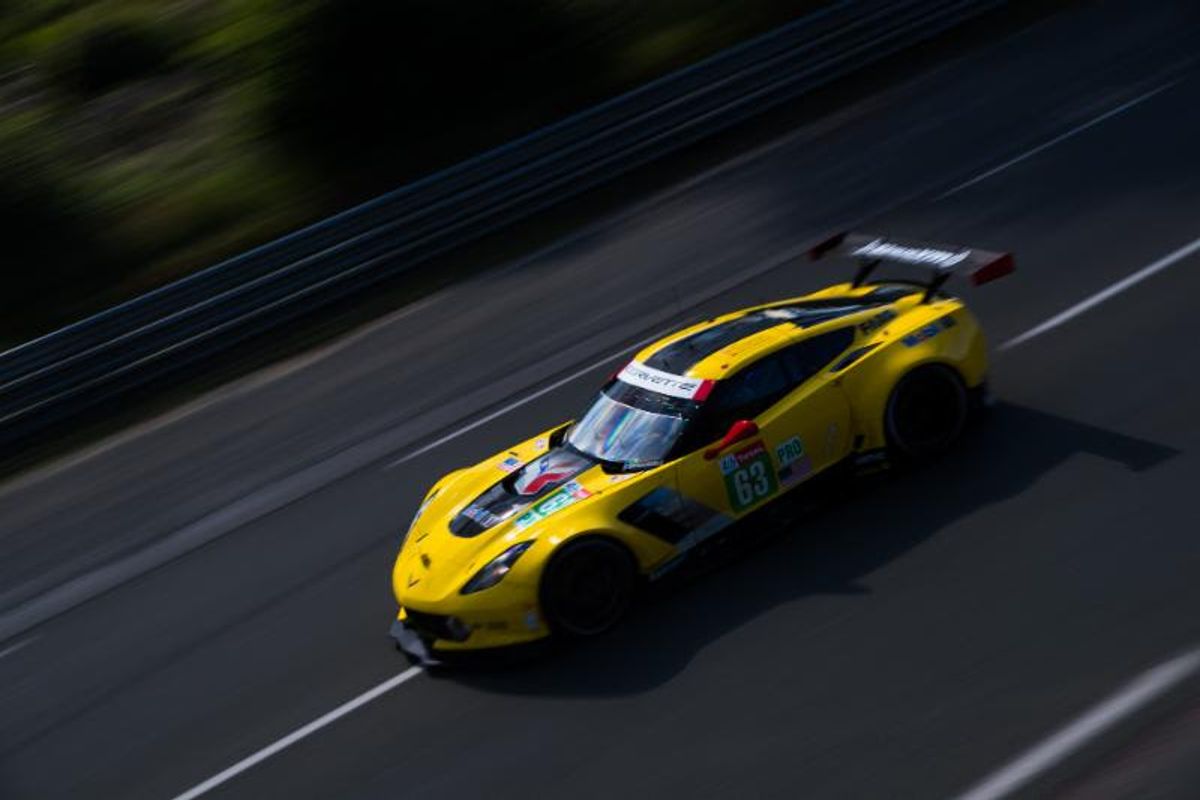 IMSA WeatherTech SportsCar Championship fans will once again have plenty of favorites to cheer for in the 24 Hours of Le Mans on June 15-16.

﻿
The Le Mans field will have 28 regular IMSA drivers and eight cars representing the WeatherTech Championship, including 15 drivers with at least one previous Le Mans victory. Corvette Racing leads the contingent of IMSA teams with eight Le Mans victories. The last victory there by an IMSA team was the 2016 Ford Chip Ganassi win.

Corvette’s bid to pick up a ninth Le Mans victory got off to a good start with last Sunday’s test day. The No. 63 Corvette C7.R shared by 2017 and 2018 WeatherTech Championship GT Le Mans (GTLM) champions Jan Magnussen and Antonio Garcia and their endurance racing teammate, Mike Rockenfeller, posted the fastest time of the GTE Pro class at 3 minutes, 54.001 seconds around the 8.4-mile Circuit de la Sarthe.

“Yes, we were fastest today, but I don’t think that means anything,” said Garcia on Sunday after Rockenfeller’s quick lap. “I don’t know what the other teams are doing, so we need to wait until race week to see where everything is exactly. This is a good starting point. We all hope the package we bring to the race will be enough.”

Right behind the No. 63 was the No. 67 Ford Chip Ganassi Racing UK Ford GT, which has a pair of WeatherTech Championship full-time teammates in its driver lineup. Harry Tincknell and Jonathan Bomarito – who share the No. 55 Mazda Team Joest RT24-P in the WeatherTech Championship Daytona Prototype international (DPi class) – make up two-thirds of the No. 67 Ford’s driver lineup alongside Andy Priaulx.

“Great day,” said Vilander, a two-time Le Mans class winner. “It is a great feeling to be back at Le Mans. It is a special racetrack. We have a new car and sometimes you worry that things won’t go so well, but that was not the case today. We wanted to put in a good lap time to confirm our preparation. We confirmed the WeatherTech Ferrari is good.”

Here’s a complete breakdown of IMSA regulars participating in the 2019 24 Hours of Le Mans on June 15-16: