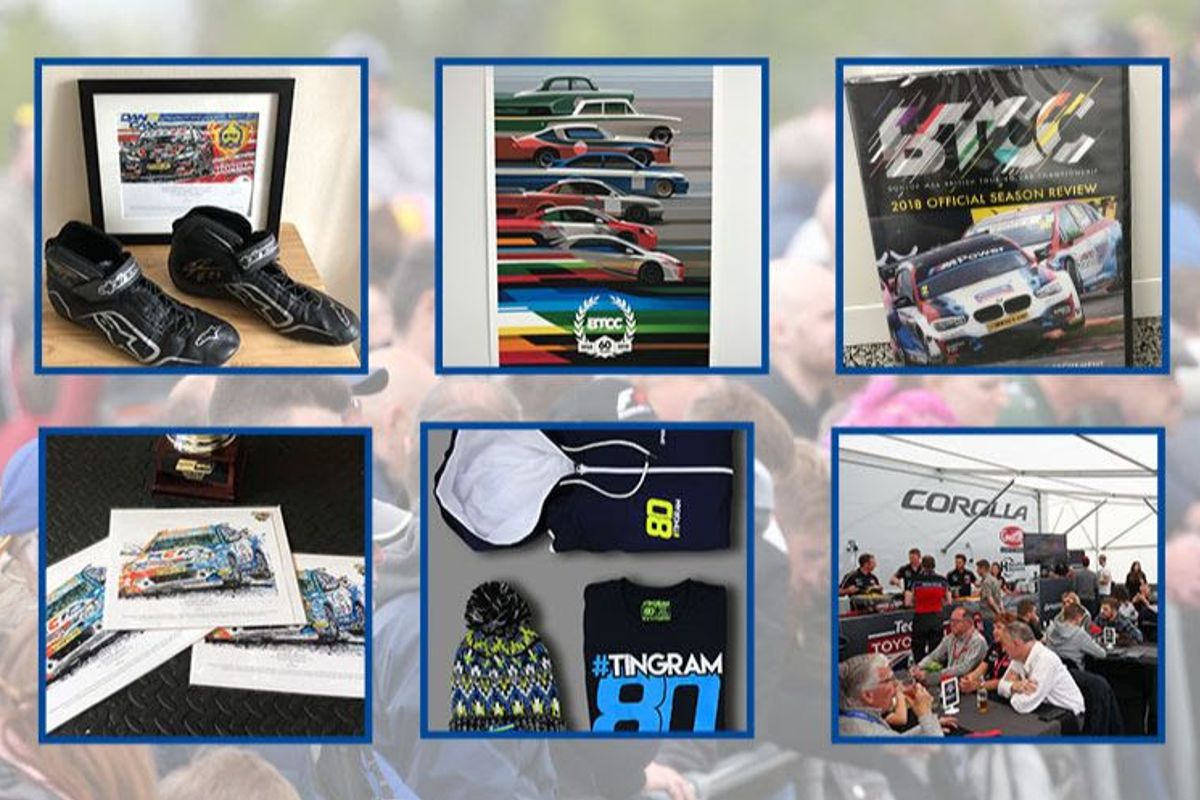 Stars from the UK’s premier motorsport series will put their best foot forward at Croft Circuit this weekend (15/16 June) for a public track walk jointly in aid of Children with Cancer and the Alzheimer’s Society – and many have also donated signed merchandise and exclusive experiences to an online auction that launched last night.

The Kwik Fit British Touring Car Championship at Croft, presented by Tarmac is the blue riband event on the popular North Yorkshire circuit’s calendar, as 30 of the finest racing drivers in the country get set to go doorhandle-to-doorhandle for glory in front of capacity crowds.

Last year, an impromptu track walk on the Saturday evening raised more than £550 for nearby Butterwick House Children’s Hospice, inspiring an even bigger push 12 months on, with BTCC title partner Kwik Fit’s dedicated charity Children with Cancer and Croft’s own chosen charity for 2019, the Alzheimer’s Society both set to benefit from the money collected.

The track walk will begin as soon as racing finishes on Saturday (c.18:15), with drivers and fans invited to gather at the end of the pit garages near to the pit-lane exit. Drivers already confirmed to take part include joint championship leader Rory Butcher, Yorkshire’s own Dan Cammish and Senna Proctor, two-time BTCC Independents’ Champion Tom Ingram, race-winners Stephen Jelley and Matt Simpson and Team HARD rookie Michael Crees. Fans are asked to donate what they can to join the stars of the show on a lap of the circuit on foot.

Additionally, a variety of BTCC-related items and exclusive experiences are going 'under the hammer' to add to the fundraising total. All of them can be viewed and bid for on the Croft Circuit Facebook page (www.facebook.com/croftcircuit/), with the following all on offer to the highest bidders:

A Tom Ingram T-shirt, hoodie and hat bundle
Three places (each plus one guest) to join Tom and the Team Toyota GB with Ginsters crew for afternoon tea in hospitality and a garage tour at Croft this Sunday*
Signed PopbangColour prints of Rory Butcher and Dan Cammish
The race boots set to be worn at Croft this weekend by Dan Cammish (autographed)
Michael Crees-signed caps
A meet-and-greet plus grid walk at Croft with Ciceley Motorsport*
Five limited-edition 60th anniversary commemorative BTCC posters (of just 100 ever produced)
Two 2018 BTCC season review DVDs (signed by defending champion Colin Turkington)
Saturday garage tour and Sunday grid walk for two with Power Maxed Racing at Croft this weekend*

The auction will end at 8pm on Monday, 17 June, with the starred items above ending earlier at 8pm this Thursday (13 June).

Tickets to the BTCC’s only north-eastern event of the year are still available to purchase on the gate, priced at just £15 for Saturday entry (BTCC Qualifying), £30 for Sunday (BTCC Race Day) or £39 for the full weekend. Accompanied children aged 12 and under are admitted free of charge, with tickets for 13-to-15-year-olds beginning at £5. Further details can be seen at: www.croftcircuit.co.uk/racing/btcc

More information on all of Croft’s driving experiences and racing events can be found at www.croftcircuit.co.uk

Image: A selection of the merchandise and experiences going 'under the hammer' for charity