Le Mans 2 hour round up 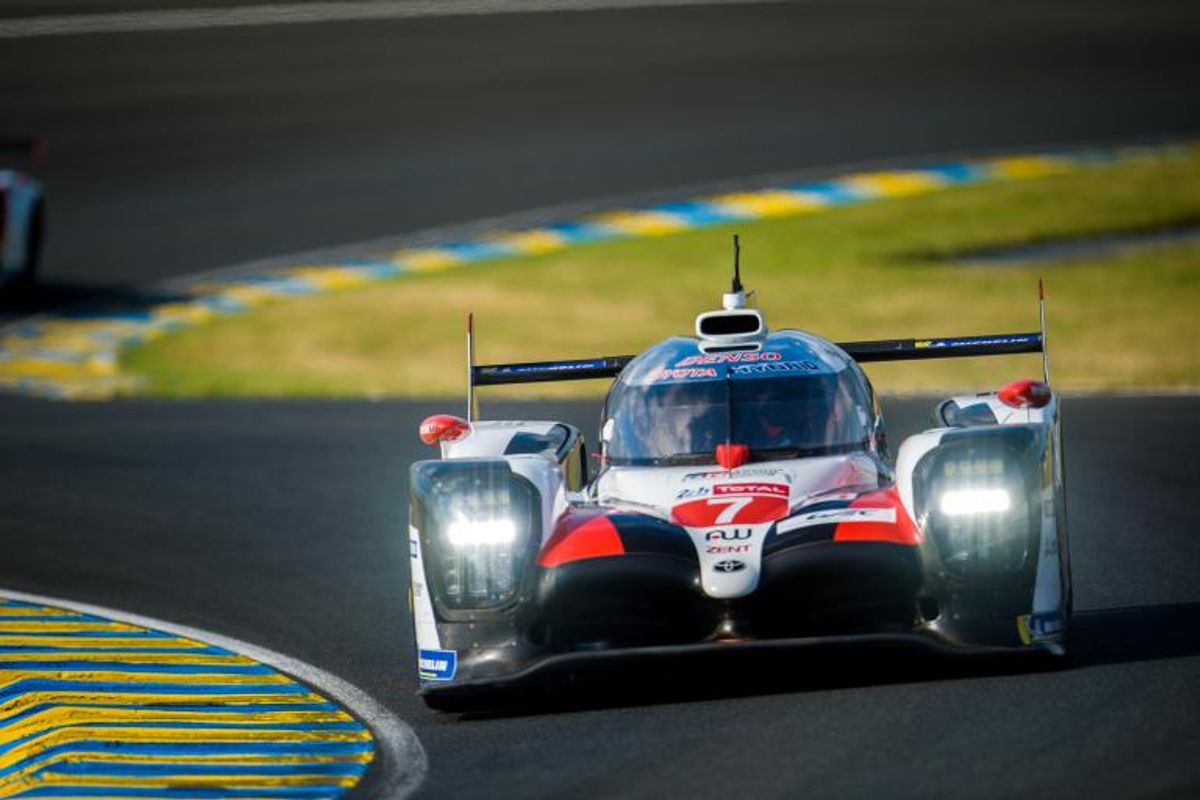 After two hours of racing, the Toyota TS050s continue to break away from their rivals. Everything is still in play in LMP2 and LMGTE Pro.

The opposition presented by the non-hybrid cars has experienced a few hiccups: a hood change on SMP Racing's #17 BR Engineering BR1-AER after a 10-lap stint for Stéphane Sarrazin, a flat tyre for Swiss team Rebellion Racing's #1 Rebellion R13-Gibson driven by Bruno Senna. The Brazilian had to cover quite a distance at a slowed pace. Still at the wheel, he gave his all and is currently 10th overall.

The class is totally open. Jonathan Hirschi in Graff Racing's #39 ORECA 07-Gibson or Nicolas Jamin driving Duqueine Engineering's #30 ORECA 07-Gibson were delayed early in the race due to flat tyres, but have already charged back, ahead of the LMGTE Pros and LMGTE Ams.

The #63 Chevrolet Corvette C7.R of Antonio Garcia took the lead in the second hour, followed by Porsche GT Team's #92 and #93 911 RSRs driven by Michael Christensen and Nick Tandy. The #64 Corvette C7.R is in fourth position ahead of the #91 Porsche 911RSR of Gianmaria Bruni. Trailing are the #68 and #67 Ford GTs of Dirk Müller and Harry Tincknell, then AF Corse's #51 Ferrari 488GTE of Alessandro Pier Guidi. Aston Martin Racing's #95 Aston Martin Vantage driven by Nicki Thiim is in 12th position. Due to refuellings, Porsche GT Team's #94 Porsche 911 RSR of Mathieu Jaminet held lead at the end of the second hour.