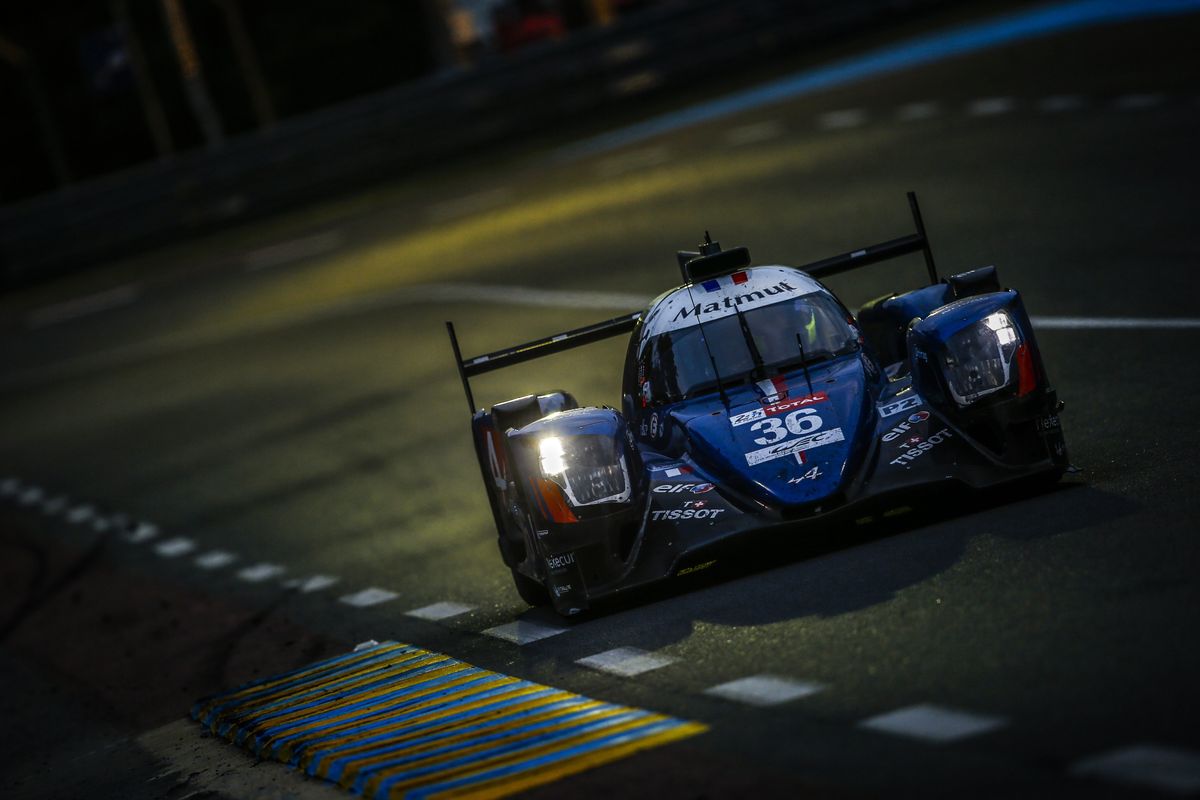 Caught out by two consecutive safety car periods, the Alpine A470 lost ground in its duel for the lead.

With seven hours remaining, Nicolas Lapierre, André Negrão and Pierre Thiriet are still in the race for the victory.
The Signatech Alpine Matmut team still leads its closest rivals for the world title.

The night-time portion of the 24 Hours of Le Mans is always feared and this year it wasn’t very kind to the French squad, which finds itself in a thrilling duel for the lead in LMP2.

The team dropped 10 seconds in traffic into the pits for the hand over from André Negrão to Nicolas Lapierre, which forced the Platinum driver to push hard to stay in contact with the leaders during his triple-stint.

Pierre Thiriet continued the fight, but an accident involving a GTE Pro Aston Martin led to an unfavourable neutralization when the safety car came on track between the n°26 G-Drive and the Alpine A470.

Relegated to more than a minute and a half, Pierre Thiriet saw precious seconds added to his deficit with another interruption when an LMP2 went off. The Frenchman managed to keep the deficit to under two and a half minutes at the end of his triple-stint before André Negrão, then Nicolas Lapierre got back in the car.

The duo made up ground to the leader, but the gap stabilized to 90 seconds at sunrise. The Philippe Sinault run team is still combative and determined to keep their closest championship rival, currently third, at a respectable distance.

“The two consecutive safety cars early in the evening cost us a little more than a minute and a half, which corresponds to the gap that separates us to the leader. The gaps have stabilized between the top three as we have a similar advantage to the n°38 Jackie Chan DC Racing. The three cars are running at the same pace, but we continue to attack in this thrilling race. So far, our drivers have done an excellent job, but we can say the same about our competitors. We were expecting this level of competitiveness and excellence from them, but there are still seven hours to go in the race to make the difference.”