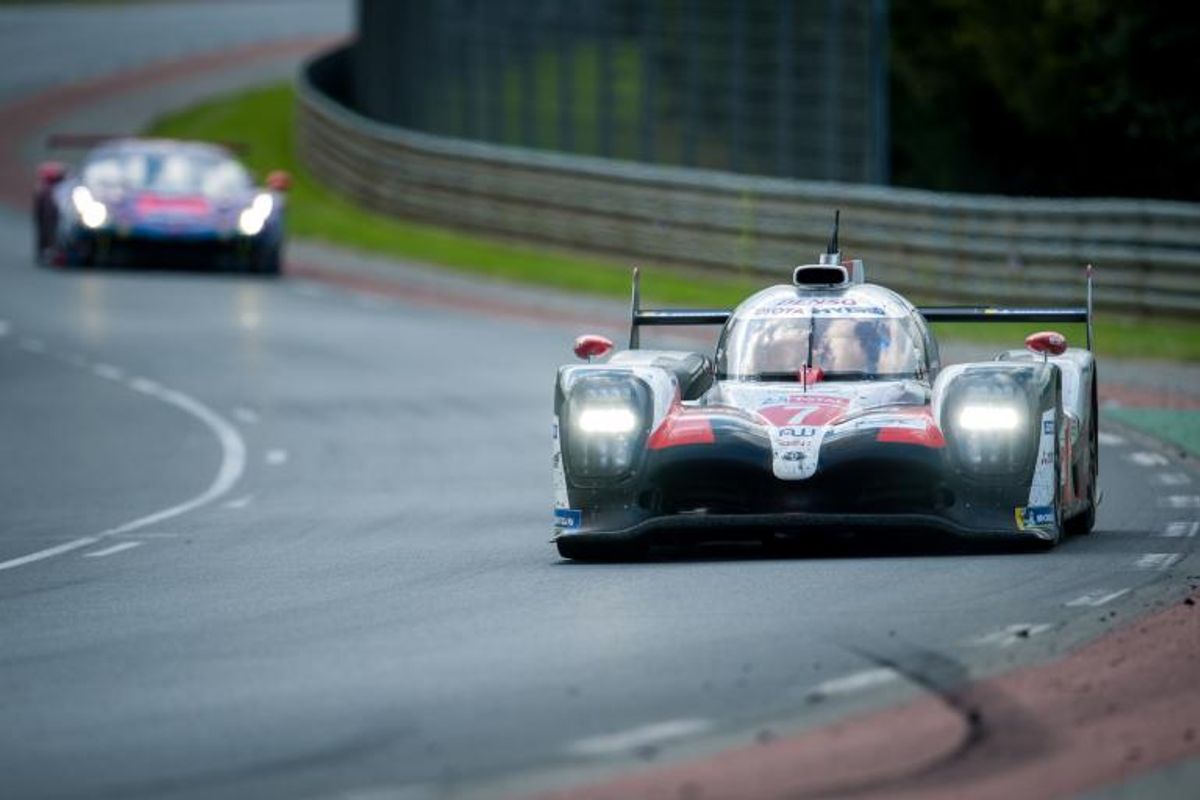 All change! The Toyota Gazoo Racing #8 Toyota TS050 has snatched the lead from the #7 sister car. Kazuki Nakajima takes the lead of the 24 Hours of Le Mans with one hour remaining after the race-leading #7 Toyota suffered punctures on back-to-back laps. Fernando Alonso finished his last stint in endurance racing at 13:30 – for the moment. The SMP Racing BR Engineering #11 BR1 shows no sign of weakness.

Racing Team Nederland’s #29 Dallara P217 dropped back to 32nd position overall after coming off track with some serious nose damage. Mechanics spent over an hour to get the car back in shape which caused havoc with its lap times. Unfortunately, things only got worse as the Dallara sustained a left rear puncture at 13:30 when it was in 28th place.

The same trio continue to top the LMP2 ranking, as #36 Signatech Alpine leads the way with Jackie Chan DC Racing’s #38 Oreca 07 one lap behind and TDS Racings #28 Oreca 07 bringing up the rear with a 2:03 gap. Signatech could scoop this year’s WEC title and a place on the podium if they manage to hang on in first place.

The top three were separated during the last safety car period shortly before midday, which gave the advantage to the AF Corse #51 Ferrari, despite two more stops than its main rival, the #91 Porsche. The latter is going all out, with Frédéric Makowiecki clocking the fastest lap in the class: 3:49.831 in the race so far.

The #93 Porsche stands third with the four Ford GTs trailing behind.

Despite a stop and go penalty for spinning wheels on leaving the pit, Ben Keating’s #85 Ford GT is still ahead of the Team Project 1 #56 Porsche, but only has five seconds to spare. It will be a race down to the line for these two. The JMW Motorsport #84 Ferrari is 1:30 behind.