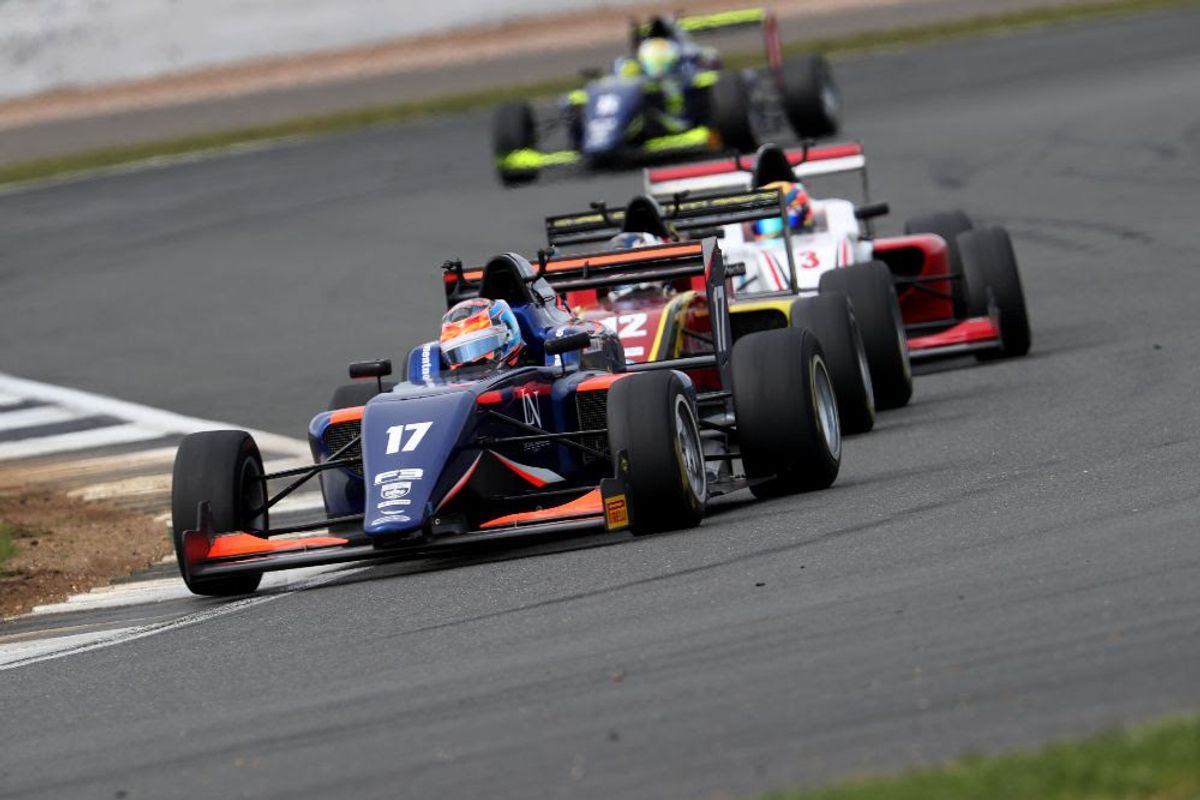 The young chargers of the BRDC British F3 Championship will take on the challenges of the Donington Park Grand Prix circuit this weekend (22-23 June), the first of two visits for the series to the East Midlands track this season.

This year’s title battle seems to be getting ever closer as we approach the halfway stage, with seven drivers having already claimed victories from the nine races so far this season, with Benjamin Pedersen and Ayrton Simmons the latest additions to the top step of the podium with triumphs last time out at Silverstone.

At the top of the table, Carlin’s Clement Novalak continues to lead the way and claimed his second win of the year in the opening race at Silverstone. Nearest rival Johnathan Hoggard, the only other driver to have won more than once so far this year, trimmed Novalak’s margin by a single point across the weekend, and claimed a double podium at Silverstone that included a thrilling charge up the order in race two.

Chris Dittmann Racing’s Simmons was the highest points scorer at Silverstone, which included a surge up to fifth from 17th on the grid in race two, and then finally claimed his first British F3 win in the final race to reignite his title charge after a few moments of misfortune at Oulton Park and Snetterton.

Just 45 points separate the top-three heading into the Donington weekend, with each hoping for another strong weekend as they aim to emulate Matheus Leist, Enaam Ahmed and Linus Lundqvist as a BRDC British F3 Champion.

Carlin’s American Kaylen Frederick claimed another podium result at the home of the British Grand Prix to solidify fourth place in the standings ahead of compatriot Neil Verhagen. The Double R man thought he’d claimed his first win of the year in the final race at Silverstone, only to miss out due to a track limits penalty, so he’ll be looking to make amends after making consistent progress so far this season.

Manuel Maldonado maintained his record of finishing every race inside the top-10 for Fortec Motorsports with another trio of decent results at Silverstone, while Double R’s Hampus Ericsson will look to return to winning ways after a tricky weekend last time out, but still sits seventh in the overall championship order.

Belgian driver Ulysse De Pauw heads the trio of Douglas Motorsport drivers in the standings, after banking more positive results at Silverstone. He’s just three points clear of reigning British F4 champion Kiern Jewiss, who is overdue a change in luck after being the innocent party in two incidents while running well at Silverstone, and has demonstrated race-winning pace so far, but without the headline results to go with it. He’s six points clear of American Benjamin Pedersen, who claimed the team’s first triumph of the season with an excellent drive in the second race at Silverstone, and ensures that Douglas are the only team to have all three of their drivers inside the top-10 at present.

Malaysian Nazim Azman is growing in confidence and claimed another series of strong results at Silverstone that included a thrilling wheel to wheel battle with Chris Dittmann Racing team mate Simmons. He’s a single point ahead of Hillspeed’s Sasakorn ‘Cutter’ Chaimongkol, who is overdue a first podium of the year. The Thai was a session topper in pre-season testing at Donington, so keep an eye out for him this weekend.

Lanan Racing’s Josh Mason is another driver making solid progress in just his second year of racing, and heads to Donington where he secured one of his best results of 2018. The British driver sits nine points clear of another race winner this year, Carlin’s super-Swede Lucas Petersson.

Double R’s Pavan Ravishankar banished his difficult start to the season with a strong drive to a podium finish at Silverstone, his first rostrum of the year, while Fortec’s Kris Wright was a man thick in the action throughout, and will hope to fly at Donington this weekend!

As usual, there are three BRDC British F3 races to look forward to this weekend, with qualifying commencing at 11.20 on Saturday morning, followed by race one at 14.35. The ever-dramatic reverse grid race two is scheduled to start at 10.35 on Sunday morning before the final contest of the weekend at 16.00.

Races two and three on Sunday will be streamed live online via the official British F3 website, which continues to serve as the hub for all championship information, with the latest news, results and championship standings available at www.britishf3.com.