The racing at the Superyacht Cup Palma was great, and then the party got started 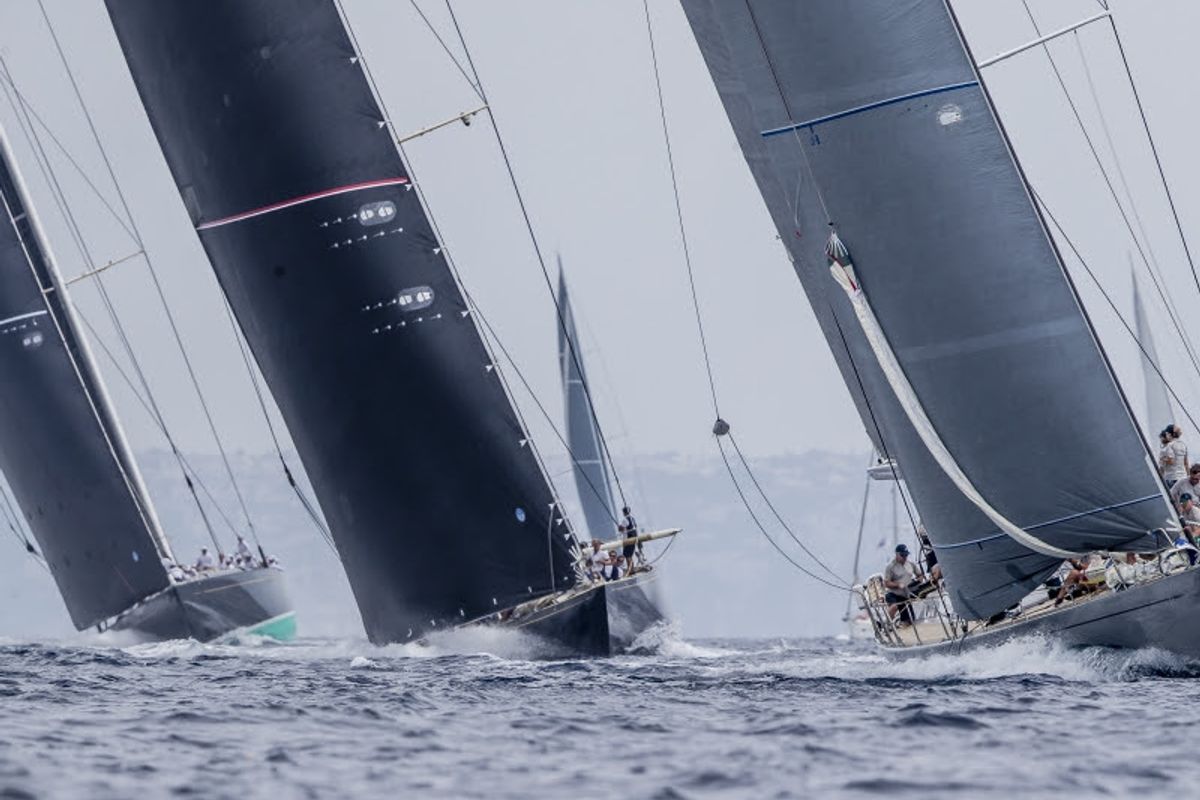 As reliable as ever, Palma Bay delivered on the second day of The Superyacht Cup – a little bit later than usual, a little bit lighter, but more than enough to power the superyacht fleet around the course in spectacular style.

The friendly competition between the race crews continued with the Marinepool Paddle Board Challenge, with teams giving it their best on the water right in front of a packed SYC Race Village.

A little later in the evening it was time for smarter clothes and cocktail dresses as superyacht owners and their guests travelled to the Owners Dinner at the St. Regis Mardavall Mallorca Resort – SYC’s Preferred Hotel Partner – where they were able to appreciate the full delights of the very best of Mallorca’s fresh local produce prepared by the hotel’s Michelin Star chef.

Earlier owners and crews were able to celebrate success at the daily prize-giving, which also saw the first ever presentation of the North Sails Boat of the Day Award, with the beautiful limited-edition crystal and Sterling silver Admiral ship’s decanter and glasses being awarded to SYC first timer Huckleberry.

The award is dedicated to the memory of North Sails founder Lowell North and in recognition of his inspirational contribution to sail making. North Technology Group CEO Tom Whidden, who presented the award, said: “Nobody cared more about performance than Lowell North and coming from a boat that hasn’t sailed a lot of regattas they are sailing beautifully. The award wasn’t necessarily for the boat that’s going to win, it was for the boat that we felt did the best job with what they had to work with.

“They had their sails up at every mark rounding, and a lot of sails, they are sailing their boat hard and well, it’s all good. I think Lowell would really have liked it – he cared about winning but it wasn’t all about winning, he just wanted to do things as well as he possibly could.”

Out on the race course Win Win made it two wins from two races to lead Class A from Nilaya and Open Season. And one of the biggest smiles on the dock came from Salmon Angombe, after the 18-year-old Namibian youngster was invited aboard Win Win for a memorable day on the water.

“It’s amazing – I was the lucky one who got to sail today as there are five of us here – it was my first time ever on a superyacht and it is one of my dreams come true, and my first time racing came with a win,” said Salmon.

The youngster is in Palma with Marine Inspirations, a charitable mentoring programme which introduces disadvantaged young girls and boys from southern Africa to the opportunities of a maritime career.

“Hopefully I will be able to make a career, perhaps on superyachts but in the meantime, I enjoy being on the water, working, the teamwork and everything,” said Salmon. “The best part of the day was working with the owner and learning new things from the guys who were really fun and friendly.”

Meanwhile in Class B Topaz was able to turn the tables on their arch-rival Velsheda as the two majestic J-Class yachts slugged it out around the Bay of Palma, reversing the result of yesterday.

“It was what we were aiming for, and to get close to them and put one over on them is always our goal,” said skipper Rom Loopik. “It’s super fun and it’s always really close.

“Today was a great day and we worked really hard, and it all paid off – it made the owner smile, which is the name of the game.”