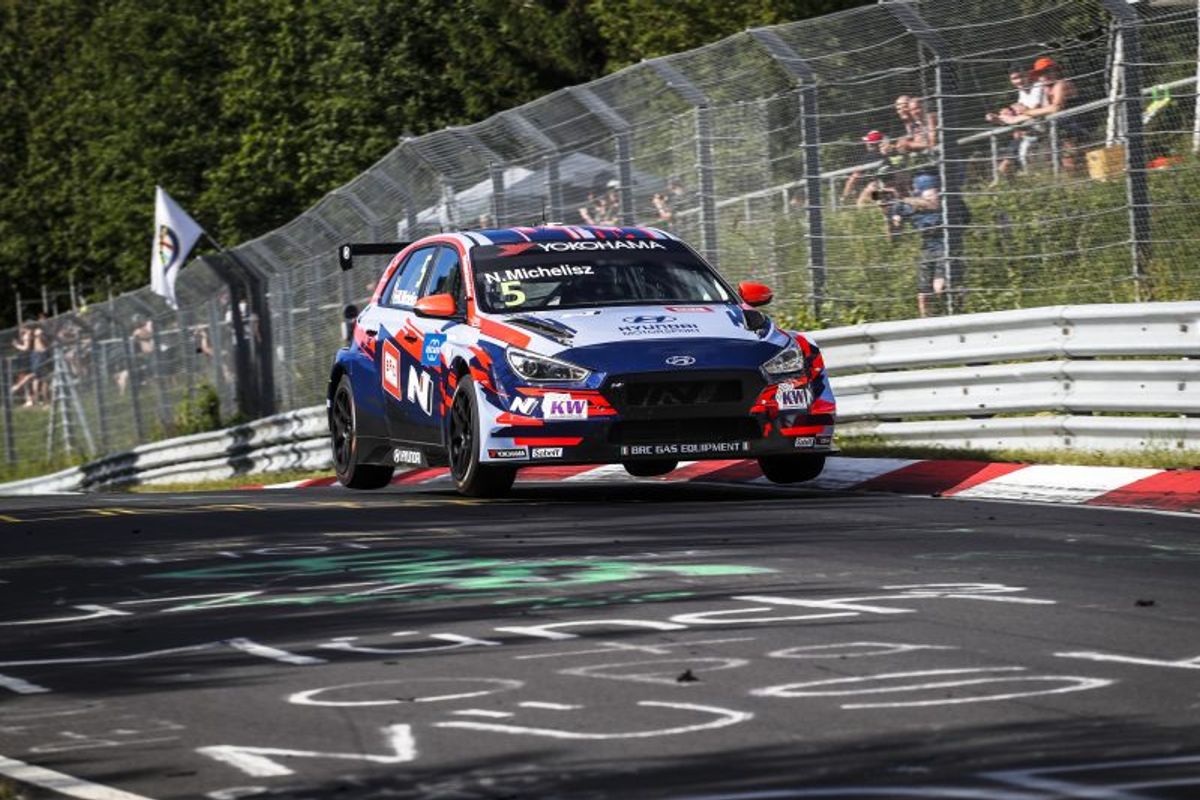 WTCR – FIA World Touring Car Cup presented by OSCARO points leader Guerrieri was beaten off the line by Michelisz’s Hyundai i30 N TCR, with the Hungarian driver already ahead when braking for the first corner hairpin.
From there Michelisz built a gap of over a second, ensuring that the slippery Honda Civic Type R TCR couldn’t reel him in with a tow along the long Döttinger Höhe straight at the end of the lap.

“My last couple of starts were pretty bad, so I guess one [time] out of five, you can do it!” said a joyous Michelisz.
We did some improvements on the car and I think this was the key to today’s race, especially the start. I’m incredibly happy for the team because the car was fantastic.
I said to myself, if I’m in front, I won’t give this position away. Fortunately the pace was good enough so I’m incredibly happy.”

Behind, Guerrieri finished well ahead of a titanic scrap over the final podium position, which his ALL-INKL.COM Münnich Motorsport team-mate Néstor Girolami recovered to score after falling behind early on.

Initially passed by Frédéric Vervisch on the opening lap, Girolami’s first run to retake third was stumped by a defensive Vervisch along the two-kilometre Döttinger Höhe straight.
With Girolami taking to the grass briefly and both slowing each other down as they jostled for position, both were surprised by Rob Huff’s SLR VW Motorsport machine, which slipstreamed both of them to take third, though Girolami did manage to pass Vervisch’s Audi RS 3 LMS.

Girolami then managed to pass Huff on the final lap, going wheel-to-wheel down Döttinger Höhe.
Huff finished fourth but was somewhat lucky to finish at all, coming to blows with Yvan Muller at turn two on the opening lap.

A natural bottleneck effect occurred with the field ploughing into the narrow and slow left-hander, with Huff diving to the inside of Muller and the pair making contact.

Muller’s Cyan Racing Lynk & Co 03 TCR picked up front-left damage that forced him to retire, and also dropped WTCR / OSCARO wildcard entrant Antii Buri (AS Motorsport) to the back, as the Finn was forced to go far off-track to avoid the stricken Muller.

Fellow Hyundai i30 N TCR runner Gabriele Tarquini was not so lucky. A good start promoted him to fifth place and ahead of Huff, but he was forced to retire around the halfway mark with a steering pump failure, continuing his pointless streak at the Nürburgring.

Outside the top 10, a collision at the lap-opening Yokohama-S turn between Gordon Shedden (Leopard Racing Team Audi Sport) and Daniel Haglöf (PWR Racing) forced both drivers to retire.

Shedden had attempted a move down the inside but made contact with Haglöf, with both cars picking up damage that meant neither were able to continue.